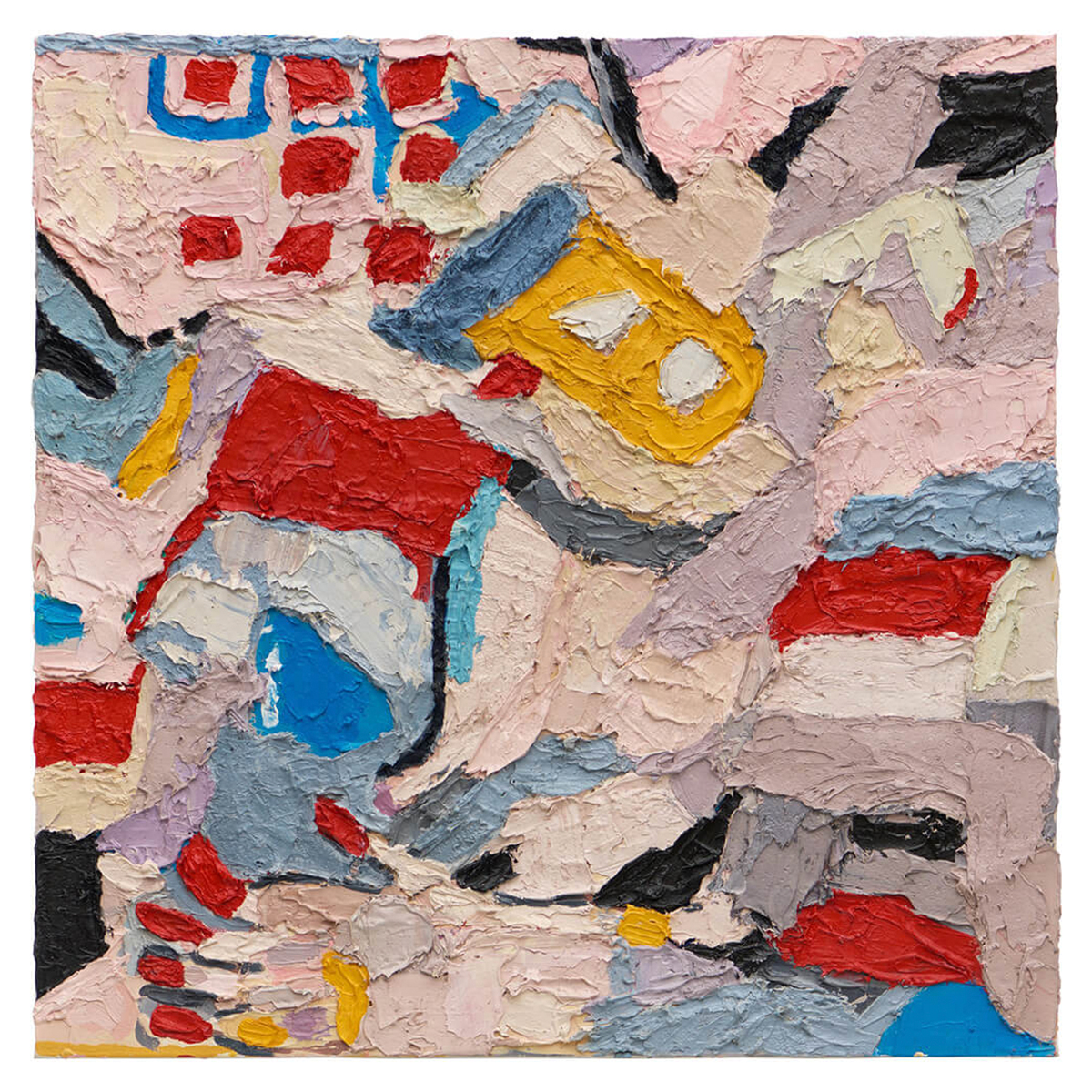 Hunx and His Punx frontman; The Beautician from Hell; The King of Camp – Seth Bogart is many things; a queer multimedia artist making twisted kitsch art, ceramics, music and clothing on top of it all; but what he isn’t is boring. Conjuring a universe of queer fantasy, eccentricity and egotalitarianism, while maintaining of a sense of inherent irreverence in his work, he keeps the conversation flowing with comedic anecdotes the crack of a joke or two as we chat over Zoom one sunny afternoon.

Coinciding with Pride Month as it comes to a close, the 42-year-old talks me through a selection of four, one-of-a-kind, Bogart original artworks that have been made available exclusively on a site called Platform for the month of June.

Platform is the authoritative e-commerce destination that democratises fine artwork for us dilettantes. Backed by world-renowned NYC gallery David Zwirner, it offers a VIP-free shopping experience without the restrictive barriers of the traditional art-world – no gatekeeping here! So while it used to take a couple of months-long waitlists or access to private galleries to get your hands on a Seth Bogart piece, this tedious inquiries-only system is no more.

Each month, Platform unveils a refreshed selection of 95 limited-edition artworks on a rotating roster with independent gallery collaborators in a bid to cultivate highly sought-after, established and emerging talents with the clarity of posted prices. To be used as a crucial research tool for young collectors, Platform is a simple, accessible and transparent see now buy now system – without the annoying hand-holding.

Included in Bogart’s offering on Platform are a set of two ceramic wall hangings based on an artifact of queer culture: a progressive magazine from the 60s called Female Mimics. “Female Mimics was sold as a cross-dresser, transvestite magazine that gave a platform to people like this at a time when safe spaces didn’t exist,” Bogart explains. Ripped from an early issue of the publication, a grotesque face indistinctly split down the centre and distorted – with masculine features smoking a cigarette on the left and feminine figurations wearing makeup on the right – is remixed. Using a low-resolution Japanese screen printing technique, followed by glazing and customization, the saturated colours also channel Andy Warhol’s iconic pop-art.

Another painting, dubbed Leggs Incorporated, depicts a cropped close-up of a person in fishnets. Similarly adapted from Female Mimics, Bogart was drawn in by the notion of a faceless body part that’s sexualized yet divorced from the rest of the body, so that it could be anyone or anything. “I guess I have a leg/shoe fetish,” he laughs. For clarity he adds, “Non-sexually, of course.”

Truth be told however, his works aren’t always imbued with deeper meaning. In fact, the fourth work, taking almost a year to complete, is a thickly layered abstract painting that depicts a mass jumble of bodies and well-manicured limbs, but could be closely compared to the texture of frosting on a cake. Called Beauticians from Hell, it evokes a horrific scene, bodies beautified and discarded by psychotic beauticians – a reference to Bogart’s education as a coiffeur. In fact, trained only in beauty school, Bogart even compared the act of painting to the process of dying hair because of the very literal parallel of using a paint brush to apply the pigment. From this Bogart also became obsessed with moulding faux products that mock the trade to some extent: “It comes from beauty-school damage,” he laughs.

Despite never attending any creative classes, Bogart always felt inclined to put pen to paper and unleash his imagination. It wasn’t until the artist was in his 30s that he actively took up fine art in succession to designing merchandise for the Hunx and His Punx and igniting a newfound passion. So, emerging onto the scene in the late 90s with the queer scene of the Bay Area in his blood and a DIY disposition, Bogart began to create a universe of beauty and excess.

Bogart’s work often pays homage to queer culture, be it figures or artifacts, touting the presentation and preservation of the historical arcana of queer culture. Set into motion as a reaction to his traumas of his queer youth where he says he was, “the weird kid that was really drawn to queer, punk and feminist music,” Bogart bares an acute awareness of the prejudices our world possesses, but chooses to take an optimistic spin in his art. Describing his idiosynchratic aesthetic as “queerness” in essence, Bogart’s sort of off-kilter structures, are utterly strange.

Born in Tucson, Arizona, in 1980 when the best thing about tech was AOL dialup, and now living and working out of the Golden State of California with roots in LA, Bogart has been rapidly ascending the artworld. He has a plethora of exhibitions, projects and multimedia performances in New York, Chicago, California, Michigan and Paris already under his belt. And it’s no wonder he’s seen such success, considering the grotesque and unsettling, yet simultaneously cheerful and optimistic knick-knacks he makes.

Primarily obsessed with the likes of ceramicist Magdalena Suarez Frimkess and sculptor Claes Oldenburg who crafted a series of grotesque Betty Boops’, Popeyes’, Mickey Mouses’,  artificial food and household products respectively, his aesthetic often pulls from the canon of his cohorts. But for Bogart, sometimes finding inspiration is as superficial as loving the way something looks – especially with regard to his effervescent colour palette. Be that as it may, he tells me that the colour scheme he’s adopted immediately relates to architecture in Mexico City and the Caribbean where buildings are painted vibrant shades of pink, orange, red and more – an invigorating world Bogart would want to live in. Coupled with the memory of growing up a gay kid with a spirited obsession with DisneyLand, he explains: “I want to live in a fantasy world where assholes don’t exist and you can be gay, trans or whatever.”

On the other hand however, Bogart says that his contorted handiwork is at times influenced by the darkness that has invaded his life, as opposed to vivacious hues; for example, his fathers suicide and the passing of friends. “I prefer to make my work an escape from that darkness and [instead] create a fantasy world,” he explains. “I wasn’t interested at all at making something like a gorgeous bowl; I wanted to make fucked-up looking perfume bottles!”

For now, Bogart is in what he calls a “stage of deep creating.” Having spent the last year touring, performing, exhibiting and making music, what’s to come is truly more of the same. So, with the soothing sound of Mort Garson’s Plantasia whispering in his ear or the B52s blasting over the stereo, a joint in hand or chock-full of post-workout endorphins, Bogart is going to continue creating art and imagining an idyllic realm. Either way, we can expect to see an array of undulating emotions coming though. “Sometimes [making art] is therapeutic and sometimes it’s pure hell,” Bogart admits. “It can ruin my day, but it can also save me from a nightmare.”