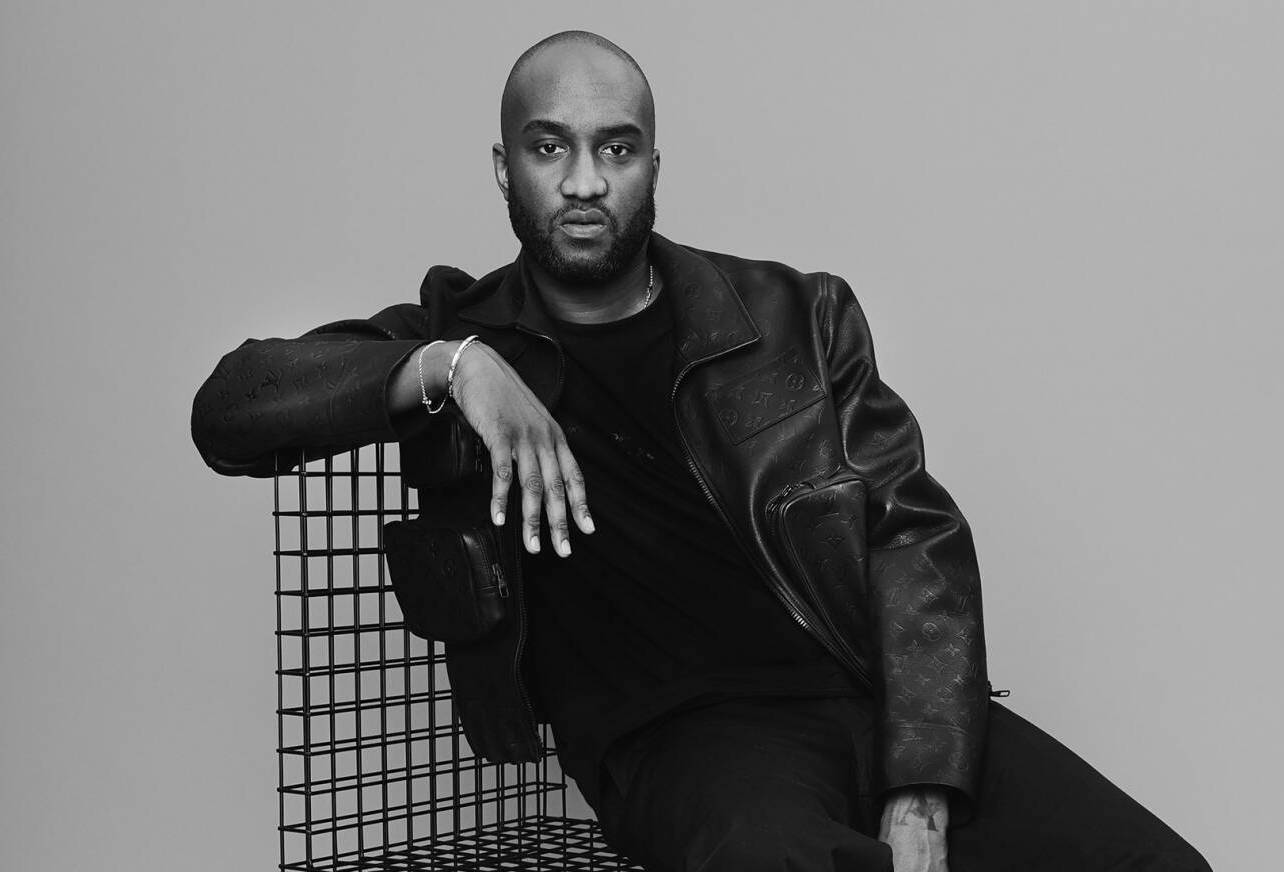 Virgil Abloh was a cultural innovator, a game-changing creative who held the door open for so many others and changed the dynamics of fashion forever.

Yesterday it was announced that Abloh, founder of Off-White and artistic director of Louis Vuitton menswear, had passed away in Chicago, aged 41. Abloh had privately been battling a rare, aggressive form of cancer for over two years, diagnosed with cardiac angiosarcoma in 2019. The news came via an Instagram post from Abloh’s family. He is survived by his wife, Shannon Abloh, his two children Lowe and Grey Abloh, his sister Edwina Abloh and both his parents, Nee and Eunice Abloh.

Abloh’s ascent over the past decade is one of fashion’s most heroic success stories. A true workaholic – who was also a DJ, furniture designer, architect and artist – Abloh united his various mediums under one creative vision that felt both inspiring and attainable, at the same time.

Trying to capture all Abloh achieved in so few words feels impossible. He was a trailblazer whose influence will map out the course of fashion for years to come. Here are 10 of his career-defining moments:

Born in Illinois, Abloh began his career in civil engineering. Studying at the University of Wisconsin-Madison, he would eventually receive a master’s degree in architecture from the Illinois Institute of Technology. It was during his studies that Abloh first became connected with fellow Chicago native, Kanye West, with the rumour being that Abloh, aged 22, actually skipped his own graduation to attend a meeting with West’s management team.

Abloh became a key member of West’s creative team from 2009 onwards, around the time when West signed an exclusive sneaker deal with Louis Vuitton. The pair would intern together at Fendi with the desire to learn the industry from the inside, also becoming the subject of a viral photograph taken by Tommy Ton outside a Comme des Garçons show in 2009. The following year saw Abloh become the creative director of West’s artistic hub Donda, named after the rapper’s late mother. Here Abloh helped create West’s album artwork, tour merch and stage design. West led industry tributes to Abloh, dedicating the latest instalment of his Sunday Service to his long term friend and collaborator with a moving rendition of Adele’s “Easy On Me”.

Before launching Off-White, Abloh laid down the foundations for what he wanted to achieve in fashion with Pyrex Vision. He learned the foundations from his Ghanian mother, who was a seamstress. The label remixed and bootlegged pre-existing pieces, screen-printing logo-heavy graphics across tees, hoodies and button-up shirts from the now-shuttered Ralph Lauren diffusion line, Rugby.

Collaboration has always been a pillar of Abloh’s creative process. Alongside launching Pyrex Vision, Abloh established Been Trill: a DJ and creative collective with Heron Preston and Matthew Williams. Like Abloh, his partners have gone on to achieve greatness – with Williams helming both Givenchy and 1017 ALYX 9SM, while Preston’s namesake label has become a go-to collaborator for Calvin Klein. On Instagram, Williams wrote: “I can’t find the words….so many beautiful memories together. You were there with me through so many life-defining moments, always a supportive friend and positive influence. You have been such an inspiration to me. My heart goes out to your family.”

4. The birth of Off-White

2013 marked the birth of Off-White, with Abloh showcasing his debut collection in 2014. Abloh was determent to bring, what was widely regarded as streetwear at the time, to a luxury space – sampling off-kilter trends and silhouettes to create a wardrobe that felt witty, clever and ahead of the zeitgeist. The brand was nominated for the LVMH Prize in 2015, with its quotation mark-laden apparel, Haçienda-inspired accessories and brash logo placements rapidly morphing into a uniform for a new generation of fashion fanatics.

Abloh has long embraced collaboration. Off-White has created a transparent line of luggage with Rimowa, a footwear collection inspired by Lady Diana with Jimmy Choo and an Ikea collection that featured one of the furniture store’s receipts supersized into rug format. The brand’s most notable collaboration, however, was with Nike. In 2017, Abloh launched The Ten, a deep dive into the Nike archives which saw the designer collage, mix and rework a series of signature Nike styles, deconstructing Air Max and VapourMax silhouettes and adding security tags, zip ties and, of course, Sharpied-quotation marks, throughout.

The rapid trajectory of Off-White and the mass admiration for Abloh felt across the industry made him the perfect choice to be Kim Jones’ successor at Louis Vuitton. In 2018, Abloh was appointed artistic director of the house’s menswear, an industry-shaking move that positioned Abloh – alongside Balmain’s Olivier Rousteing – as the only Black creatives to helm a major Parisian fashion house. In the same year, Time named Abloh one of its most influential people.

7. A debut to remember

On June 21, 2018, Abloh made his Louis Vuitton debut, aligning the gardens of the Palais Royal with a rainbow catwalk that appeared the stretch for miles. It was a celebration of all identities, and a prime example of what a truly inclusive catwalk could look like. Led by an all-star cast which included Kid Cudi, Pusha T, Dev Hynes and Playboi Carti, Richard Gray described the collection at the time as a  “mix of just about everything a modern man wears at the moment”, going on to write that “Virgil Abloh is his own best customer”. The collection ushered in a new design lexicon for luxury menswear, one that met day-to-day realism with garments you could dream in.

Abloh was an avid supporter of the next generation, and in turn, invited 1,500 wide-eyed students to watch his debut alongside the likes of Kim Kardashian, Chadwick Boseman and Kanye West, who embraced his former protegee with tears in his eyes as Abloh took his bow.

8. Abloh in the exhibition space

Away from the catwalk, Abloh has continuously ventured into the gallery space. 2019 saw the opening of Figures of Speech, a major exhibit of Abloh’s work at the Museum of Contemporary Art in Chicago, which had to be extended due to high demand. The creative also created his own mythical nightclub in London alongside the Haçienda’s original designer, Ben Kelly. Last year, Abloh unveiled an exclusive artwork that re-imagined the Mercedes-Benz G-Class. The designer’s second collaboration with the automotive giant is due to be revealed on December 1 to coincide with Art Basel Miami, where Louis Vuitton will also honour Abloh’s life and legacy with a presentation of the designer’s SS22 collection the night before (November 30).

Looking at all Abloh has achieved, especially whilst stricken with such serious illness, it’s difficult not to imagine the boundary-pushing work Abloh would go on to create in 5, 10, 20 years’ time. During the pandemic, as Black Lives Matter protests took place across the globe, Abloh announced a $1 million scholarship fund for Black students. On Instagram, he wrote: “I’m putting money, my resources, and my rolodex where my mouth is. The goal is to make sure I’m not one of the few, but one of the many in my industry.”

In July of this year, LVMH announced that it had acquired a majority stake in Off-White, also promoting Abloh to have wider creative control across an array of the conglomerate’s different sectors, including wine and spirits, as well as hospitality. His influence was much greater than the world he inhabited, his artistry will be sorely missed.