THE HEART OF DARKNESS BY TONY MARCUS 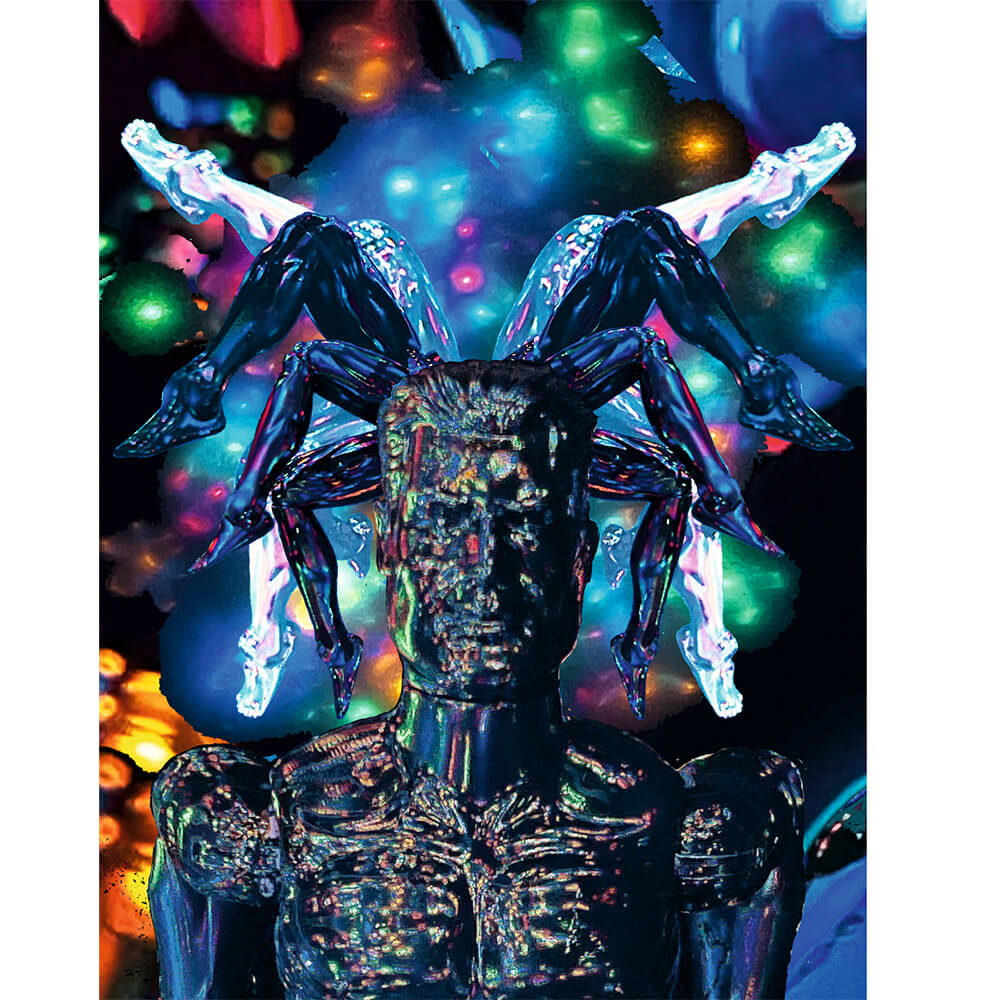 Shortly after I interviewed Marilyn Manson, I was asked to ghostwrite a book with an American yoga teacher. The Manson interview was uneventful, except when I asked him about a scene from a backstage clip I saw where a female fan, or at least I assumed she was a fan, was naked, or near enough naked, and covered in fish.

Isn’t that abusive, I asked? It was the one moment where I got his under skin. It wasn’t abusive, he said. I could tell he didn’t enjoy having to mouth the word. He said it was consensual. This was 23 years ago.

I imagined the American yogi would be the mirror image of Manson. There is some truth in that. He was a tall, good-looking man in his early forties with golden skin, a muscular body and an expensive nose. The yogi – I will call him K for this story – serviced wealthy clients. K showed me newspaper clippings of himself and a legendary movie star doing yoga on the deck of her yacht. The pictures were blurry and presumably taken from a helicopter. I learned that he liked sex, women, money, meditation and Ralph Lauren. He complained that one NY socialite made him fly economy across the Atlantic while she took her own jet. He said she treated him “like the help”. He liked to get stoned and practically begged me to score him grass. I knew London, he reasoned, so I could help him out. We smoked together and watched an incense stick burn.

“Concentrate,” he said. “We can make it curl. Through the power of the mind.”

“I’ll buy you a ton of sushi if you can move the smoke.”

Long ago, K had been a semi-pro athlete. He had also spent months at a reasonably upmarket ashram in India. I met his ashram buddies; Americans who worked in marketing, finance and the emerging yoga industry. A few of them were jealous of K because their guru showed him special attention. They all thought K was an ass. But the guru had singled him out.

“He spent more time with me,” said K. “He always told me I had the greatest potential of them all. But I would have to learn how to control it.”

K was an ass. He had five children from two marriages. He sent dollars back home to the US when he could, though it was never enough. But he earned a fair amount teaching private yoga and healing bodywork. He had a reputation for helping where others had failed. He had some kind of network. When Guy Ritchie was filming in London and one of the stars needed yoga classes, K was called to the hotel. His ambition was to become a Tony Robbins figure, a health and power guru writing bestselling books and giving lectures. We should have started with a book about his A-listers. I was baffled by the fervour of the singer who knelt before K on a dance floor in Cannes. And he slept with the wives of his high-net-worth clients. He liked to get that edge.

“Those guys,” he used to say, “they are so fucking rich.”

The central thesis of the book we worked on, a book that would never be finished, was K’s belief there was a voice inside of us, an inner voice that was clear and powerful.

“You have to learn to listen to that voice,” he said. “And let it guide you.”

I accompanied K on client visits. There was the Saudi with a bad back. A teenage Turkish heiress whose mother screamed “devil” when she saw her daughter in a backbend. The gentle financier with nice freckles, an auburn bob and a cancer diagnosis. I waited outside her hotel room while K worked with her. His sobbing was loud and persistent. It was a long time before there was quiet.

I asked him what he did.

When K got a new girlfriend, he asked me if I could get him some cocaine. I wasn’t keen,

but he was insistent. I had to phone a photographer who sold ecstasy in nightclub toilets; they gave me the number of a coke dealer in Willesden. The dealer lived on the second floor of a big Victorian house and for whatever reason there was almost no furniture, lighting or heating in the flat. There was an interesting sculpture in a vitrine/table, the kind used for architectural models. I made some positive noises about the artwork and the dealer nodded. There was one other customer, a skinny girl with bad skin who kept her puffer jacket on the whole time, because the flat was Arctic-cold. She gave the scene a Trainspotting look.

Some years after the book deal collapsed and K went back to the States, I began, like everyone else, attending yoga classes. I enjoyed Western yoga but I doubt it’s more healing than swimming. I read Western yoga books, original Indian texts and primary Buddhist texts (I am nearly halfway through The Middle Length Discourses of the Buddha). And I tried different techniques of meditation. Interestingly, K was more or less correct about the ‘inner voice’, although I personally would be more comfortable talking about an ‘inner silence’.

K went back to America. Later, I heard he had died. Result of terrible exhaustion, I was told. I still have his book, unedited to date, on several computer files and cassette tapes. He definitely had something. He used to call it a connection to the natural healing energy of the body. And I saw him help a lot of people, but he pushed himself too hard. Being close to those super-rich clients was unhelpful. That and child support. So, this story is turning into one of those Buddhist tales about ambition and suffering, with rock stars and drug dealers standing in for the rich merchants and wayward kings. Going back to Manson, I don’t know why I asked him such a question (even though it should have been asked). I am not good at empathy and one day I hope to improve that.

I remember asking K how he helped the lady with her cancer diagnosis.

“I taught her how to meditate.”

“Every time that happened,” he said, “I made her go back into the breath.”

“And when the fear returned?”

“We went back again. Again and again, until she learned to take control of her own mind.”