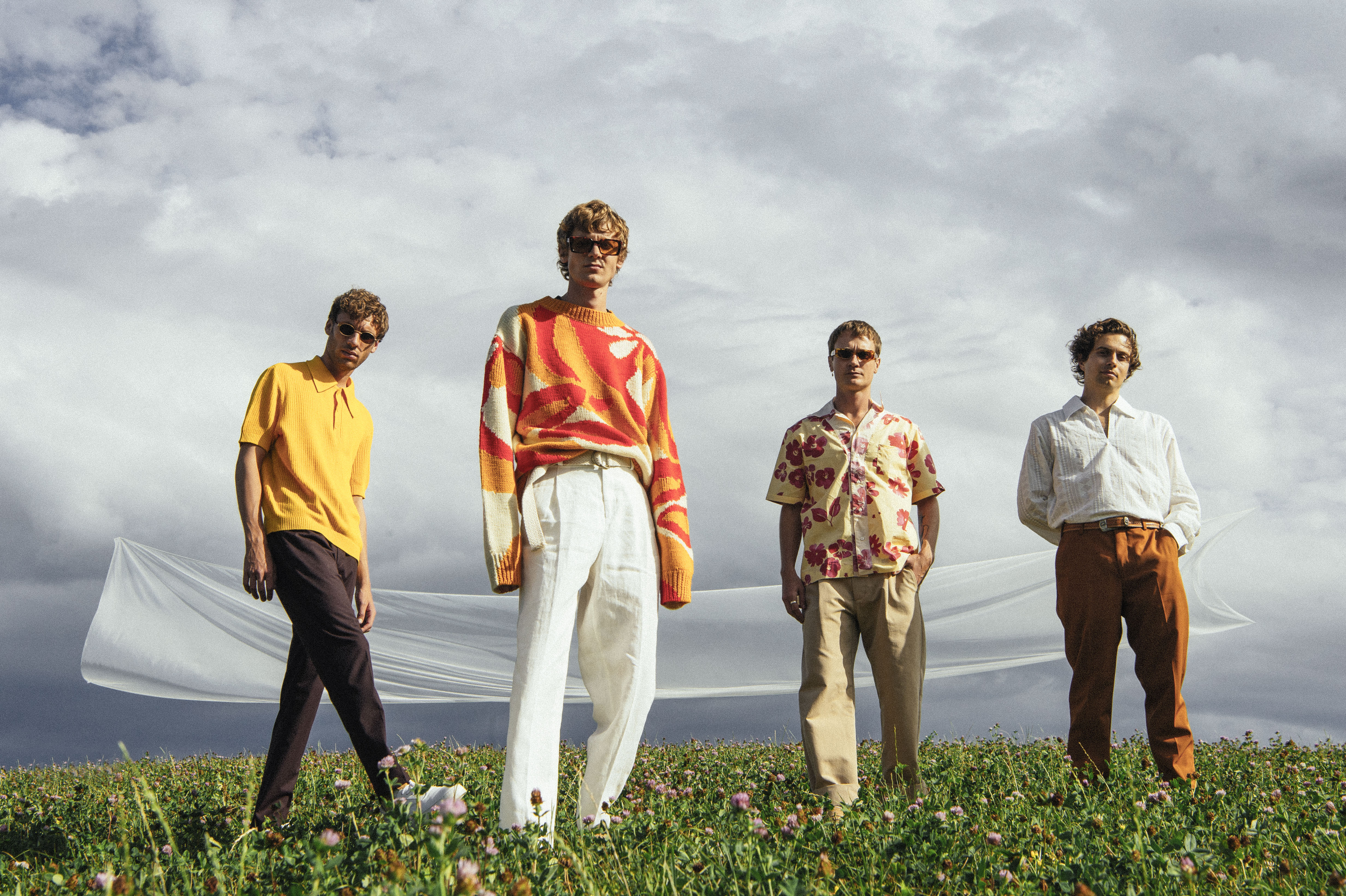 Ten loves Tora. The Byron Bay band’s third studio album A Force Majeure is officially out today. The band bunkered down in Amsterdam amid the global pandemic, taking up studio residence and creating their most cohesive, sleek body of work yet. We spoke to Tora bassist Shaun Johnston about the new record and what they would like to see change within the music industry:

Tora means now - what do you think you have captured about the zeitgeist on the new album?

“Going into this album writing period we made a conscious decision to explore and push outside of our comfort zone. One of the main areas was focusing a lot on groove, melodies, texture, mood and lyrics that people could relate to. In the end I feel that we managed to capture an intricate expansion of our music with added uptempo sections and catchy lyrics and melodies.”

You created A Force Majeure in Amsterdam. Do you think being in a new setting and ultimately being forced to stay there influenced the music you made? How did the city inspire you?

“Arriving in Amsterdam at the start of the pandemic we could either fly back to Australia or stick it out in Europe. We decided on the latter and had no idea what it would bring.
We spent the following 8mths/6 days a week in the studio writing and producing, this would eventually manifest into our album ‘A Force Majeure’ . At the time we didn’t realise how much the surroundings and culture influenced our songwriting process and inspiration in the studio. The way we wrote this record was a first for us, having our studio permanently set up meant that we could record and work at any time. Just a short 20 minute bike ride from home, it meant you could clear your head before arriving at the studio, running over ideas or inspirations before arriving and jumping in.”

What was on the Tora mood board when you created the album?

“To be honest we didn’t have a very clearly laid out moodboard, we would each take turns with steering the ship and each found inspiration in different places. Either it was some new music someone was digging, a dream from the night before, a book or a conversation with a friend. It really was a melting pot of inspiration that just seemed to flow naturally.”

The album itself flows naturally, it’s a really beautiful listen. It feels calming. What did you want to convey on the record?

“I think most of the time we aim for maintaining a sort of calmness, even if we are singing about a sensitive topic or building a big section of the song. We make sure to bring the listener back to a place of comfort and peace, which is sometimes easier said than done. The track listing had a lot to do with this, we wanted the listener to go on a journey and find themselves just satisfied once they reached the end.”

There are some brilliant features on the record - and all women, which we love to see. How did working with these artists evolve the album? What did you learn from them?

"It is always such an honour to be able to collaborate with other musicians and friends, so we are always super stoked when it comes together. All three have such unique and distinct styles from each other, it was such a pleasure working together and seeing how the tracks evolved. I think we learned to be patient and not to rush an idea. Metanoia and Fire Apartement had been started in Australia, so they had already been in the idea pool for 6mths. This forced us to work the idea over emails and zoom sessions, which was a new dynamic for us to tackle, but in the end it was worth it.”

You have a solid fanbase in Australia. Why do you think your music resonates so deeply here?

“It might be the chill vibes of the east coast, but I think more so it’s our home turf and Australians love to support local music. We always love to see what art comes out of our country and are proud of it.”

We love your style and know some of you have been involved in the fashion industry. Is fashion an important part of the process for you? Who do you look to for style inspo? If you could have one brand dress you for a tour who would you love to work with?

"Fashion is certainly an important part of the creative content process. It has been evolving from record to record based on our collective tastes and evolution of the industry. We feel that for us it helps with portraying a strong visual story. Jai works in the fashion industry so there is inspiration coming from stylists and creative/art directors he works with as well as the band's creative clients. If we could have a brand dress us for a project or tour in a dream scenario it would probably be Ermenegildo Zegna, beautiful clothes, which are still practical and the house has a strong Eco policy which is super important for us!”

We love that you guys are school friends and have known each other from a young age. Did you ever dream you would have this epic trajectory?

“At the beginning all we wanted was to play at our school's talent show and get some street cred haha. But yeah, honestly we didn’t plan for this at the beginning, once we saw people vibed the music and supported what we created, we felt so humbled. It’s been an amazing experience so far and we couldn’t thank everyone enough for all the support so far.”

What would you like to see change in the music industry?

"As in any industry, the music industry has been plagued with inequality for a long time and I like to think that it has been getting better over the years. With the introduction of digital streaming and power being put back into the artist’s hands, the freedom to express yourself without being afraid or controlled by the Label is coming . One should feel free to express themselves how they feel comfortable, without prejudice or threat. So we still have some progress to make. We are all here for the same reason, to create something beautiful and share it with the world. Music is love, lets not forget that.”

Agreed! What are you guys passionate about right now?

“At the moment we play a lot of ping pong, it helps with switching off the creative mind and gives you a break. This is so important for preventing burnouts, it can be anything that takes you away from the computer or instrument. Also Jai has been doing a lot of visual art, some of which was used for the album and singles.”

A Force Majeure is out now on all platforms.