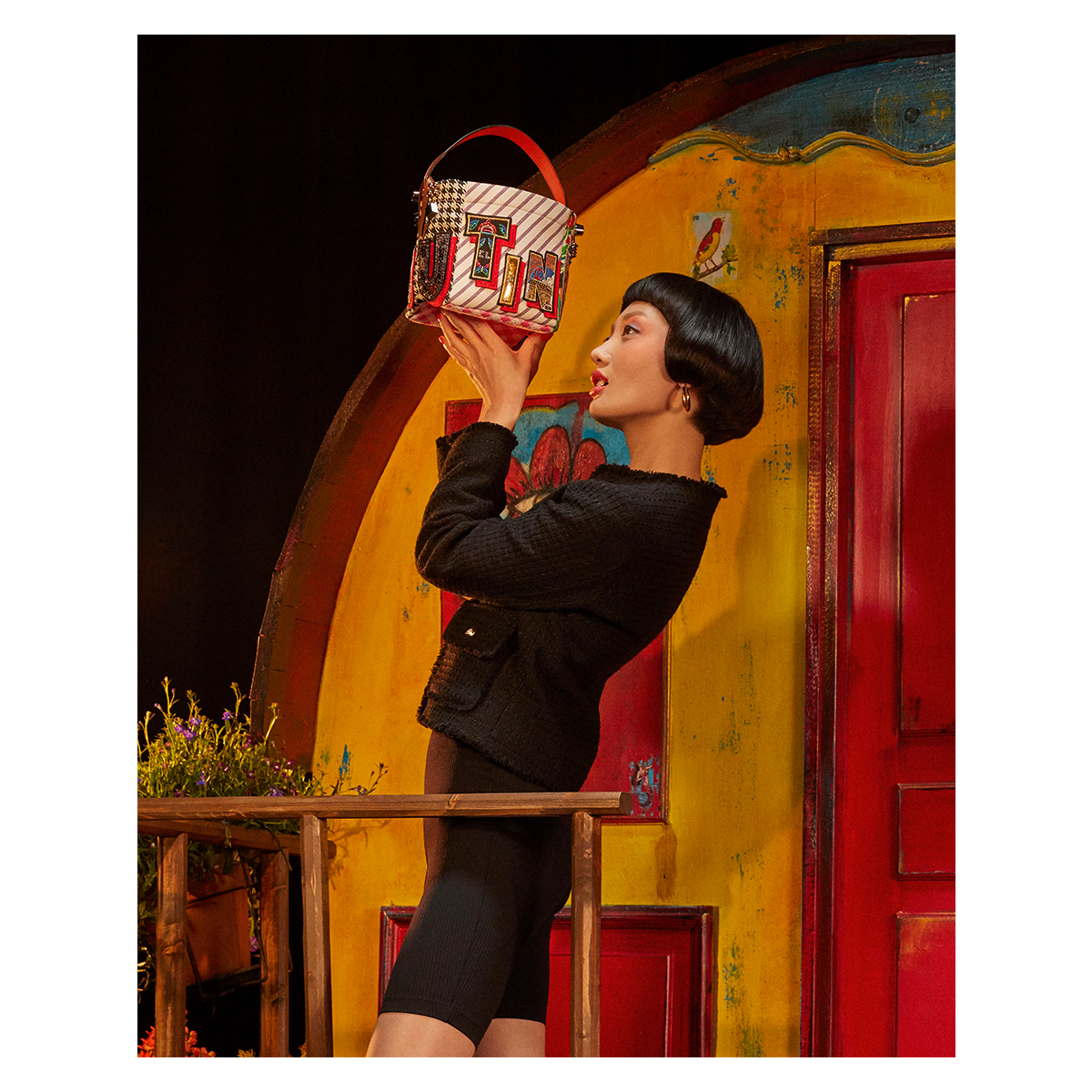 Christian Louboutin's Caracaba bag continues it's reign, celebrating Mr Louboutin's love for travelling and traditional craftsmanship. It is the dream bag right now, featuring a hand-embroidered Louboutin where each letter reinterprets Mr Louboutin's favourite destinations and inspirations. This year, Christian Louboutin has collaborated with La Source, a French charity that encourages vulnerable young people to express themselves and develop their creativity, especially those children who are in vulnerable situations. We spoke to Mr Louboutin about the new iteration of the Caracaba:

We love the new Caracaba bag. Who is the ultimate person you would love to see wearing this bag?

"The Caracaba represents the quintessence of tolerance; It’s an ode to many cultures infused of a great sense of travelling, expressed through the different patterns featured on the bag, borrowed from previous editions of the Caba like Mexico or Philippines. So, I would definitely see this bag on someone – no consideration of gender - who is curious, who is not afraid to welcome inspirations, who looks around and gathers inspiration from all the places and people in its path. It’s the bag of a chic eclectic effortless person."

We know you love music, what's the soundtrack to this bag?

"This is a hard one. Would be easy to go for a Django Reinhard 30’s vibe but I would preferably go for something dearest to me, more a playlist than a single track, very eclectic, from Prince to Tina Turner to Gilberto Gil to Mika."

Sneak peeks of the Caracaba mini bag show it being worn in the new season of Emily in Paris. How do you feel about this? Are you a fan of the show?

"Indeed, I’ve seen some paparazzi pictures with Lily wearing the mini version. Hope it will make the cut! It’s a mixed feeling to watch the show as a French person, it’s so cliché either you like it or you hate it but you can’t stay in the middle. But still I love the show, its lightness and how my hometown is beautifully portrayed in it. Lily is the perfect actress for the role and I’ve to say Patricia Field’s work is thrilling."

Why did you choose La Source to be the charity affiliated with the bag this season? Why was this important to you?

"I’m friends with the Garouste family since decades. I love them as persons as friends but also as great artists. I knew they ran this beautiful project: LaSource. It’s a symbol of hope for the future generations, developing a sensitivity towards the arts is key for kids, to grow as full people and experience the world with an open mind. The fact that LaSource operates mainly in less fortunate area adds hope for these children, teaches how to express themselves, and who knows, could introduce arts to some future great artist of our times!"