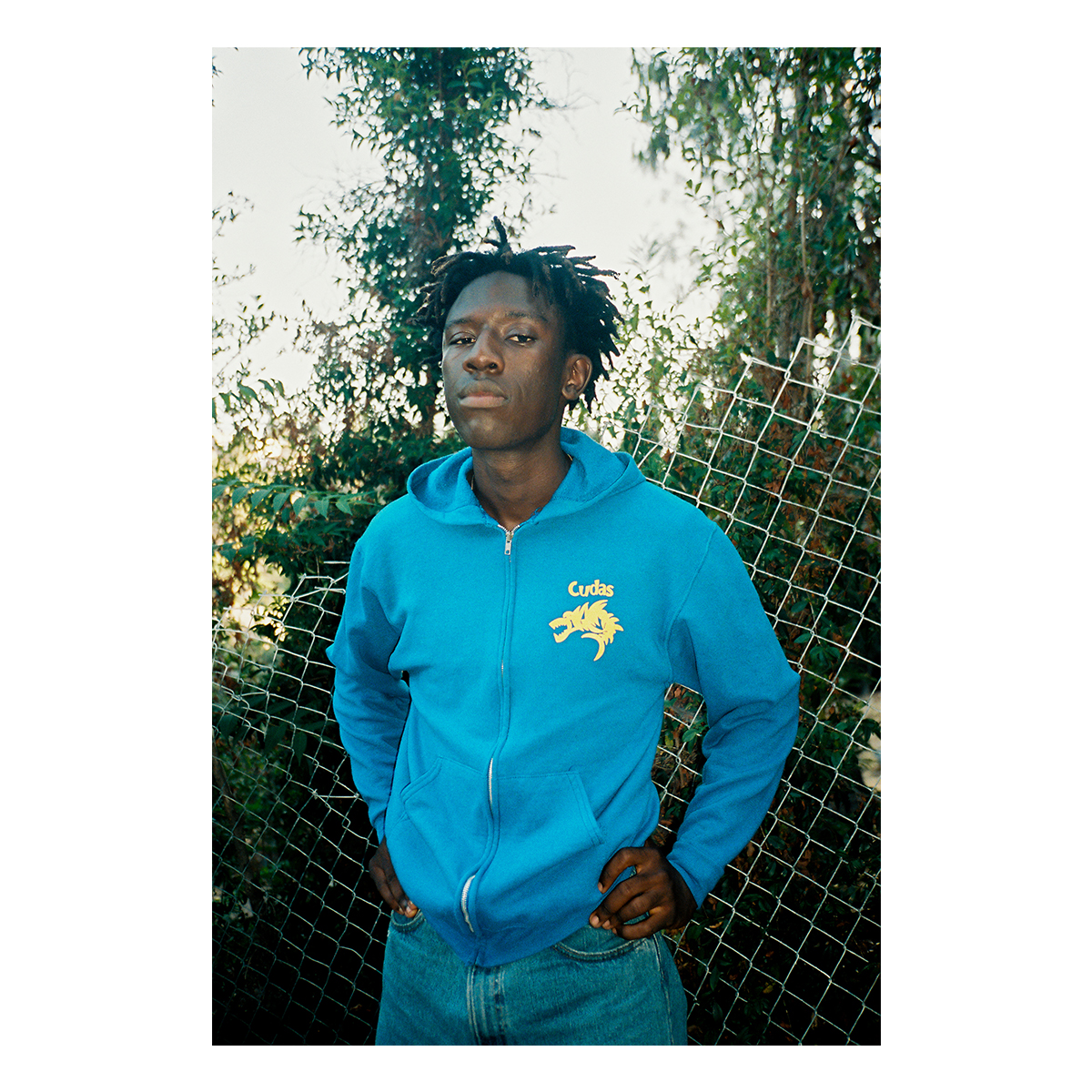 Binki the brilliant. Meet Ten Towers’ favourite artist to blast: Binki. The Pennsylvanian artist is gearing up to take over the world, creating music with a fervent new wave energy. One we are definitely watching. We spoke to the artist after becoming totally obsessed with his recent Motor Function EP release:

We love your music. When did you begin making music? Give us the Binki-lowdown.

“I started making music in college while I was studying theatre. At the time I was going to a lot of little house gigs, and I just caught the bug I guess. I really wanted to be in a band but I couldn't play anything well so I just made do. Initially it was me and my buddy Sam. The ball kept rolling from there and I just kept getting more invested until I moved to NYC and met my manager Amanda.”

Motor Function sounds unlike anything else being released right now. It feels really fresh. Do you write and produce everything yourself? What was the process of this EP?

“Thank you! I do write all my own lyrics. For all the songs I have out, the production was handled by other people. However, now I'm getting to the point where I'm writing songs on guitar and I'll bring them to a producer to finish it which has been super gratifying. This EP was a mix of working in the studio and also writing remotely. Last August I took a trip to LA and came back with the track "Revolve." Feels like that song really kicked off the project in my mind. I could see where it was going. Before that I was in the thick of quarantine feeling a bit aimless. By November 2020 all the demos were finished and we spent the next few months getting them dialled in.”

Who are your musical influences? What’s on the ultimate Binki playlist?

“I have a ton of musical influences but at the moment I think Kanye West and David Bowie are on my mind a lot. I'm like 51% Bowie 49% Kanye. More so their musical ethos than anything. My playlist right now would have a lot of Pixies, Elliot Smith, and Radiohead.”

Who would you love to go into the studio with?

"I would love to work with Jon Brion. I really love his movie scores. Also my favourite Kanye album is 'Late Registration' and I know Brion worked on that.”

We love your style. Is fashion important to you? Who inspires you style-wise?

“I guess fashion is important to me. Not to the extent of a lot of people these days but I do like to feel like I'm well dressed. I'm influenced a lot by other musicians. It's hard for me to think of one person but recently I've been feeling the minimal thing.”

If you could have a brand/designer dress you for tour, who would you pick?

Great choice. You were a theatre kid, which we love. What did you learn from performing on the stage?

“I think my theatre days taught me a lot about teamwork and just the whole process of performing. It really takes a village, at every stage, and I have a huge appreciation for collaboration. I also just grew a lot as a person doing plays. I think theatre should be a required course in primary school.”

Do you think you will continue to act?

“I will definitely continue acting. I just started going out to auditions again so it's just a matter of finding the right project. I'm very lucky to have music as an outlet in the meantime.”

“I've been watching a lot of fishing videos as of late. I don't fish but I'm manifesting it into my life, I guess.”

“Next is the album, right?”