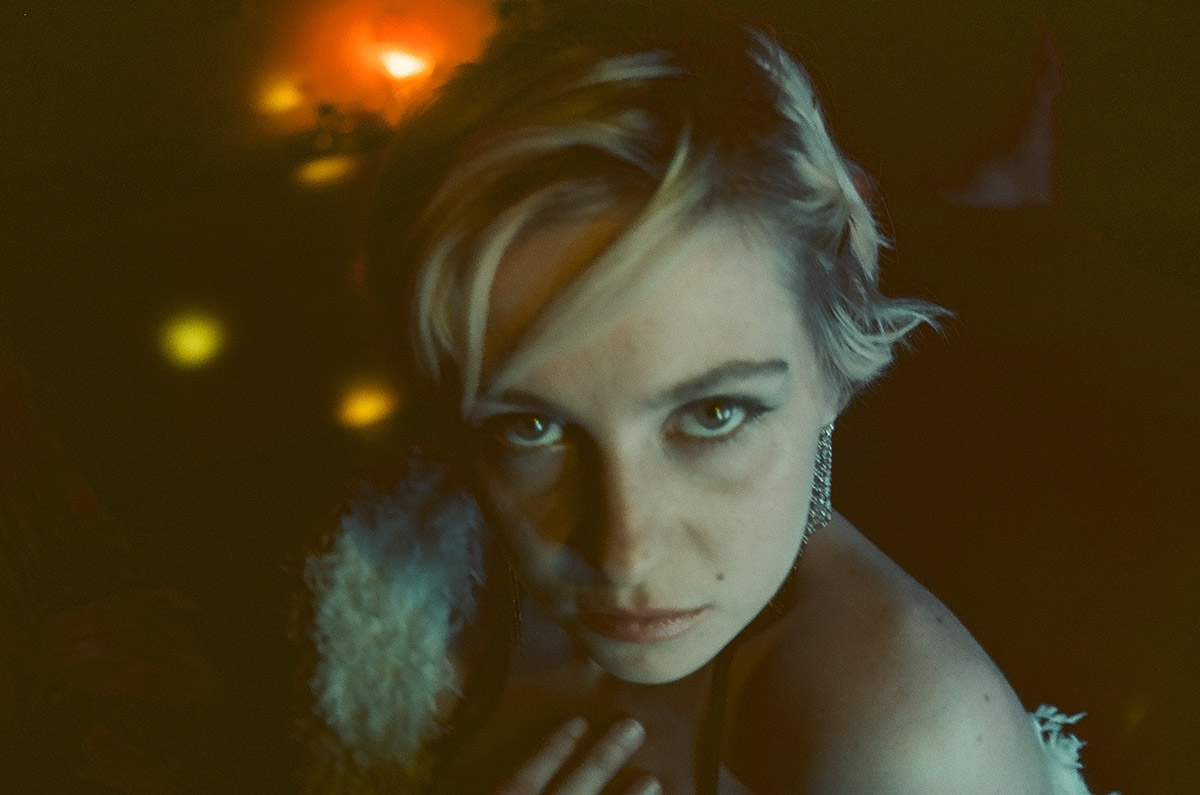 Jessica Smyth aka Biig Piig is the one we are loving watching right now. We were hooked last year blasting her brilliant, adrenaline pumping single Switch. Now, she's released a new EP, a new chapter. The Sky Is Bleeding is softer, more poignant but still infused with that heart-racing thrill - her songwriting continues to shine. We asked her 10 Questions:

Your music is great! We’re obsessed with your sound. What do you think it is about your sound that is cutting through right now?

‍“I think I’ve always loved writing styles that are simple and spacious and kind of give way to the instrumentals quite a lot. The producers I’ve been working with recently have been incredible. The next project, Gianluca Bucaletti who produced four tracks on that really made me explore and discover a sound that I hadn’t seen or found myself in before so I think that’s made for some really interesting music. I think it’s a combination between the producers I’m working with and their styles and influences in the tracks that we make and also sticking to simplicity in the lyrics and space that I give in the track.”

‍When did you know you wanted to begin writing and making music? Do you remember the first song you wrote?

‍“I started making music when I was 14 and in London because I didn’t have a school for 6 months and I was pretty isolated, I was too young to go out and make friends so I started writing tunes as a way of soundboarding ideas so I didn’t drive myself mad and going to open mics and things like that when I was about 15, and finally found a community there that I love so much and I’m still in touch with. I think finding a community and being able to understand your emotions through music for me was the magic that drew me into it and the first song that I wrote was when I was in school there was a talent show and I wrote a song called ‘Show Me How To Love’ and I remember it because I came second but the person who came first did an Ed Sheeran song that hadn’t been released at the time so I came second to Ed Sheeran in a talent show.”

‍Love that. How do you think your upbringing in Spain and then London has influenced your sound?

‍“I think with Spain - obviously the Spanish in my music - I find that when I want to write something kind of in secret, I don’t want the person that I’m writing about to understand it I can put it in Spanish and it’s a bit more of an internal thing. Also, Spanish as a language I feel like there are so many ways you can say things in more of a romantic way but simply, that I think if I said it in English it wouldn’t have the same effect. London, massively, the whole reason I started making music is because I came here and because of the communities I found here as well as Nine8 who I became a part of when I was 16 and they introduced me to so much neo soul and hip-hop and music that I hadn’t listened to before. I think the underground scene in London plays a huge part in the kind of sound that I make and the ways that I make music sounded out on Soundcloud and there would be cyphers and little nights that people around my age in London would come to. It was a real creative hub and I don’t think I would have had that experience anywhere else so it’s been a blessing.”

‍Singing in both English and Spanish, do you notice differences in your voice/tone when switching between the two? Do you prefer to sing in one or the other?

‍“I don’t prefer to sing in one or the other, I feel like I love when writing in Spanish just comes out, because it’s not something I plan to do, it’s just kind of when the words don’t sound right in English. I guess I learnt Spanish when I was so young so the way I speak it, there’s maybe my younger voice attached to it.”

‍Who are some artists that have inspired you?

‍“I remember the first artist that really inspired me was Ben Harper, he was the first artist I found that really pulled me out of feeling really alone. There are a few songs by him that when I was younger I just used to play and it used to feel like he was describing exactly how I was feeling - that was hugely a part of why I started making music. I owe a lot to different beat makers because that’s how I started making music, ripping beats off Youtube and writing my own stuff to it, so a lot of JDilla and Mike City. I don’t think I’m conscious of a lot of my influences, I think it just kind of pours into the music and then a while after I can see some resemblance. I guess with the next project, Dope Lemon is quite a big influence to that, I hadn’t realised it at the time but listening back to it after the time after I’ve made that project definitely feels like a big influence. So, ever changing, always taking influence from somewhere.”

‍Who would be the ultimate ‘Biig Piig feat. …”?

‍“I would love so much for Shy FX and myself to do a track. I know that would be me featuring on his track but he’s just been someone I’ve wanted to work with for years so that’d be incredible. Or Gabrielle would be nuts because she’s just an icon in my eyes. She always used to make my Mom so happy the way that she’d sing in the car to her eyes would just light up and I feel like to have a song where someone that I’ve really been grateful for, to have that on a track would be nuts.”

What have you learnt about yourself over the last year, being locked down?

‍"I think I’ve learnt a lot about myself, I moved around a lot the last year and I think I’ve really started to understand certain patterns when it comes to attachment and certain patterns when it comes to trying to run away from things and I think sitting in something especially in lockdown has been kind of difficult. For the first part of the lockdown I was very much in a different headspace and my head was completely in there instead of in my music so I took a little bit of a break and then I kind of exploded with making music all the time and that’s when we finished this project so I think it’s been a real rollercoaster and a real maturing point as well, this whole year. I’ve really realised how much I rely on community and how much that impacts everything.”

‍What’s been the best moment on your journey so far?

‍“There have been so many moments that are super surreal, there was a show that we did in Barcelona, the last time that we were on tour and we stopped at a festival to do a show and there would have been about 4000 people there, and it was just insane and looking out into the crowd and really taking a minute and being like, fucking hell, the tunes that I made in Lloyd’s bedroom 3 years ago have reached so many people and it’s nuts to see that you’re on stage and people are singing them back to you. It’s just so weird to think that a lot of the songs that you write in the loneliest point in your life when you write certain tunes end up being the reason that you’re surrounded by people. So that was a huge moment. Also, I’m living in LA now so to think that it’s carried me all the way to here is also nuts. To be honest day to day is just a bit wild. I feel like I get overwhelmed quite a lot with it, I feel like they got the wrong girl but it’s going to be great. It’s still something I’m understanding and coming to terms with but it’s fucking amazing and I’m really grateful for it.”

‍“I would love to play the Hammersmith Apollo, that’s been my dream for so long. I remember when I was an angsty teen and I used to run away from home and sit outside there and cry and be like ‘just one day I wanna play this venue’ it just used to be a spot that I used to go when I was going through it. I’d love to do an album, it’s been in my head for ages so hopefully I’ll do that. I’d love to set up a charity at some point, there’s a charity that I’ve been trying to work out in my head, I don’t know how many years into the future that’d be. I’m starting to write some stuff, maybe write a book. There’s so much stuff that I’d like to do.”

‍And for any of our readers who don’t know the story, how did the name Biig Piig come about?

‍“It was the name of a pizza from a local place in London and me and my friend got home and were in a funny mood and we just picked that name as a nickname, I call him Sluey Vuitton, he calls me Biig Piig and it just became a running joke. And when it came to me wanting to release music I didn’t want anyone to know it was me so I put it on Soundcloud as Biig Piig and a different icon, and then as time kind of passed it just stuck and I like it. I guess it doesn’t restrict me or make me feel like I need to be cute all the time, with that kind of a name it’s fine if you’re a bit messy and it just feels like my name.”

Listen to The Sky Is Bleeding HERE.