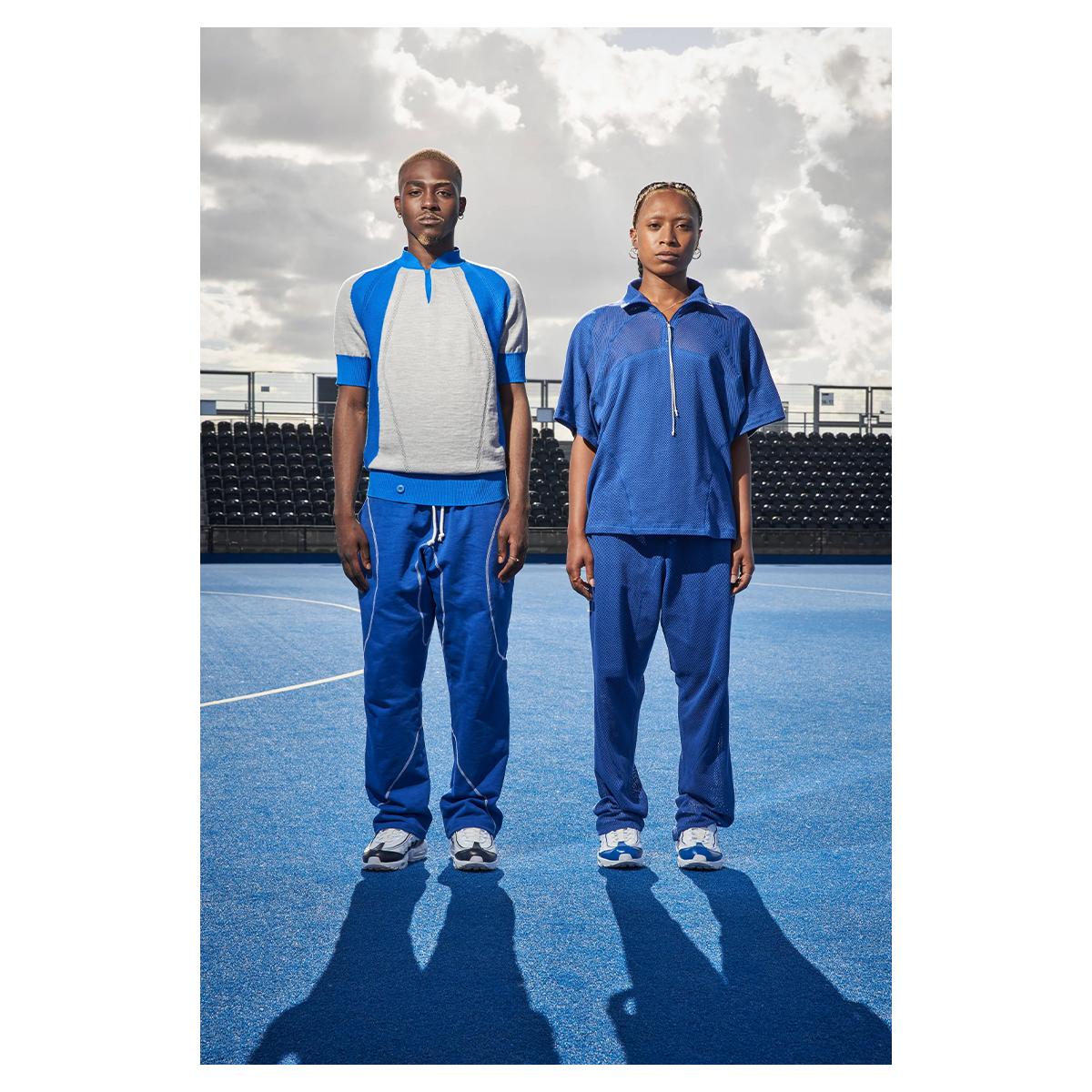 Sportswear maven Saul Nash has had quite a sensational 2022 so far, winning both the International Woolmark Prize and the Queen Elizabeth II Award for British Design just days apart. However, such considerable achievements truly come as no surprise to us fashion folk who’ve had our eye on Nash since he was a CSM and RCA graduate. That’s because Nash marries the world of dance and fashion with a sport-informed varsity feel, and his cuts – while engineered for movement and performance – are irrefutably A1.

For spring/summer 2023, Nash embraced a self-reflective, personal approach that focussed on navigating sibling relationships – blood and chosen – and the ways they influence his world. “For me, siblings extend past blood relations,” he said in a Zoom interview. Given the apt title, Siblings, the gender-fluid co-ed collection also continues Nash’s exploration of masculinity. “It starts from the men I grew up around, and looking at what this all means to me as a man now.” He added, “I think it’s important to show that the conversation expands. We need to look at the people around the men that I design for and see the work on these different bodies. So, the beautiful thing about this collection is that we put it on men, women, trans men, trans women and even children.”

Reflecting on the formative experiences Nash shared with his older brother and in particular, the sartorial styles he was handed down in the early noughties – from Nicholson polo shirts to Avirex jackets – Siblings comes to life. Hence, the waterproof ‘Looking Over My Shoulder’ jackets we see in a motley of electric and ocean blues, oranges and greys are printed with an old photo of the designer alongside his brother. “We often live in the guise of our older siblings,” Nash said. “I remember being obsessed with Avirex and Nike Air Max just ’cause my older brother was, and it’s still a lot of the clothing I’m drawn to.”

Nash also drew from the captivating lure of people-watching in his East London neighbourhood. Most notably influenced, a traditionally heavy, full-length puffer coat is re-contextualized in a lightweight nylon that hosts added side zips for ventilation.

Lensed by British photographer Ewen Spencer (and shot near Nash’s own home!) the accompanying lookbook poignantly presents the notion of siblings by positioning dynamic duets including blood-related siblings, ballroom house cohorts and best friends, at the centre of the visual narrative. They come decked out in basketball shorts with practical zipped pockets and mesh vents, technical gilets, compression-knit garments, and contrast-stripe ribbed details that feel like the lines on a basketball court. This season’s key piece is a pair of cycling shorts made using viscose lensing but Nash also introduces French Terry towelling by way of a baseball top.

Additionally, Nash has collaborated with Sheep Inc., a sustainably-made carbon-negative knitwear company for a series of sensual 100 percent merino wool knits. The link-up has been in the works for three years, with each piece fitted with QR coded labels that percolate so you can trace the garment’s creations all the way back to their origins. Plus, all the profits from the collaboration will go to charity. 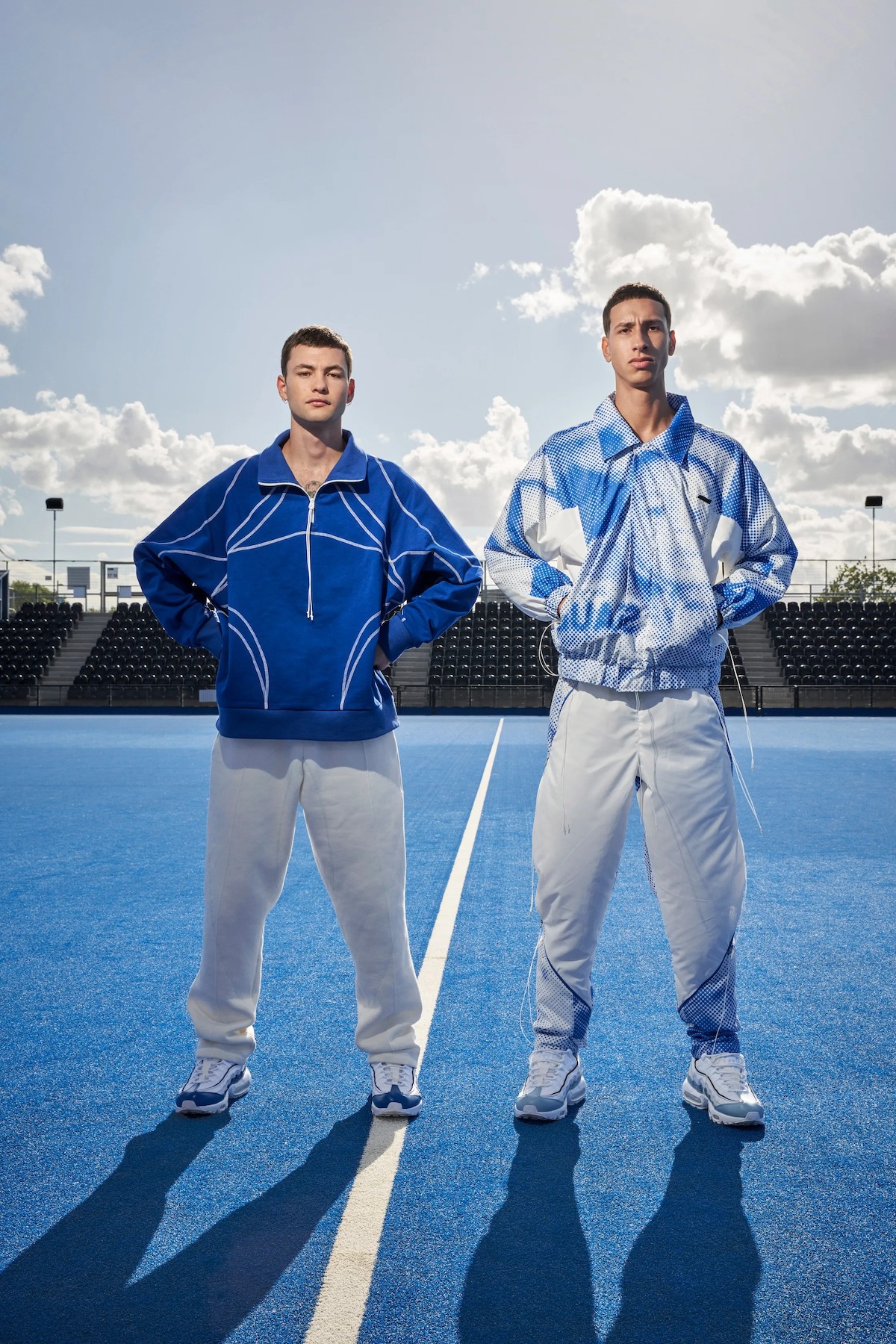 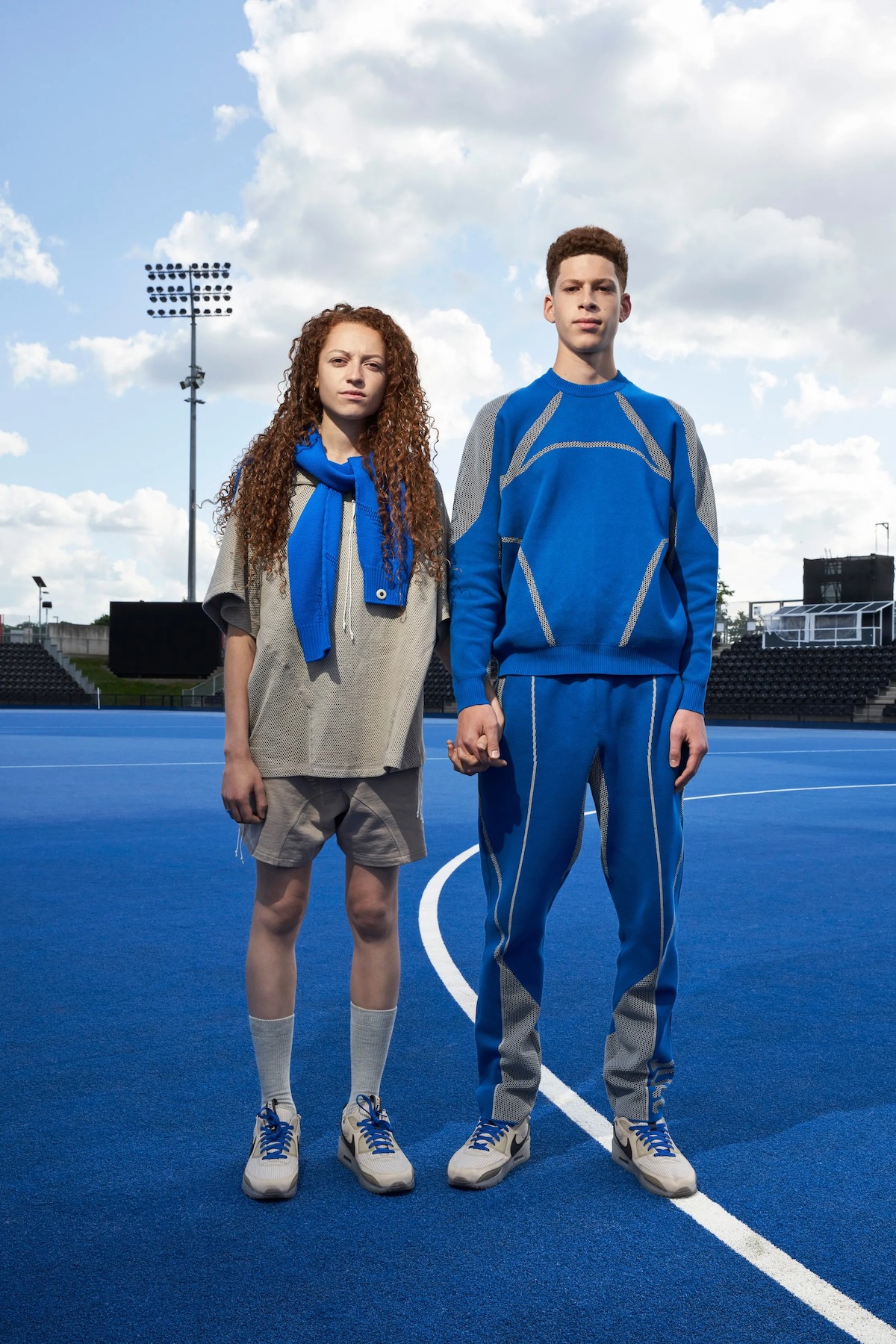 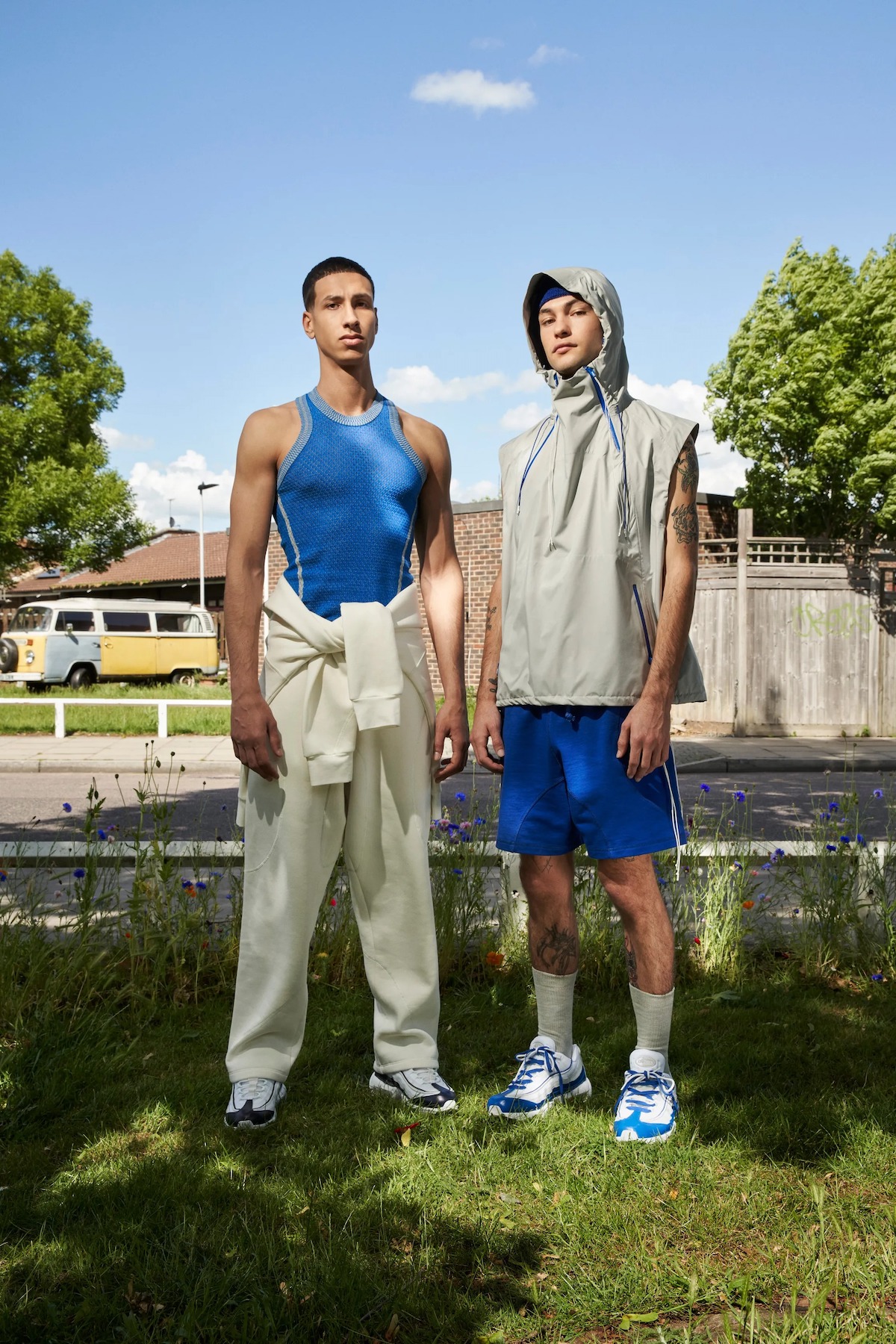 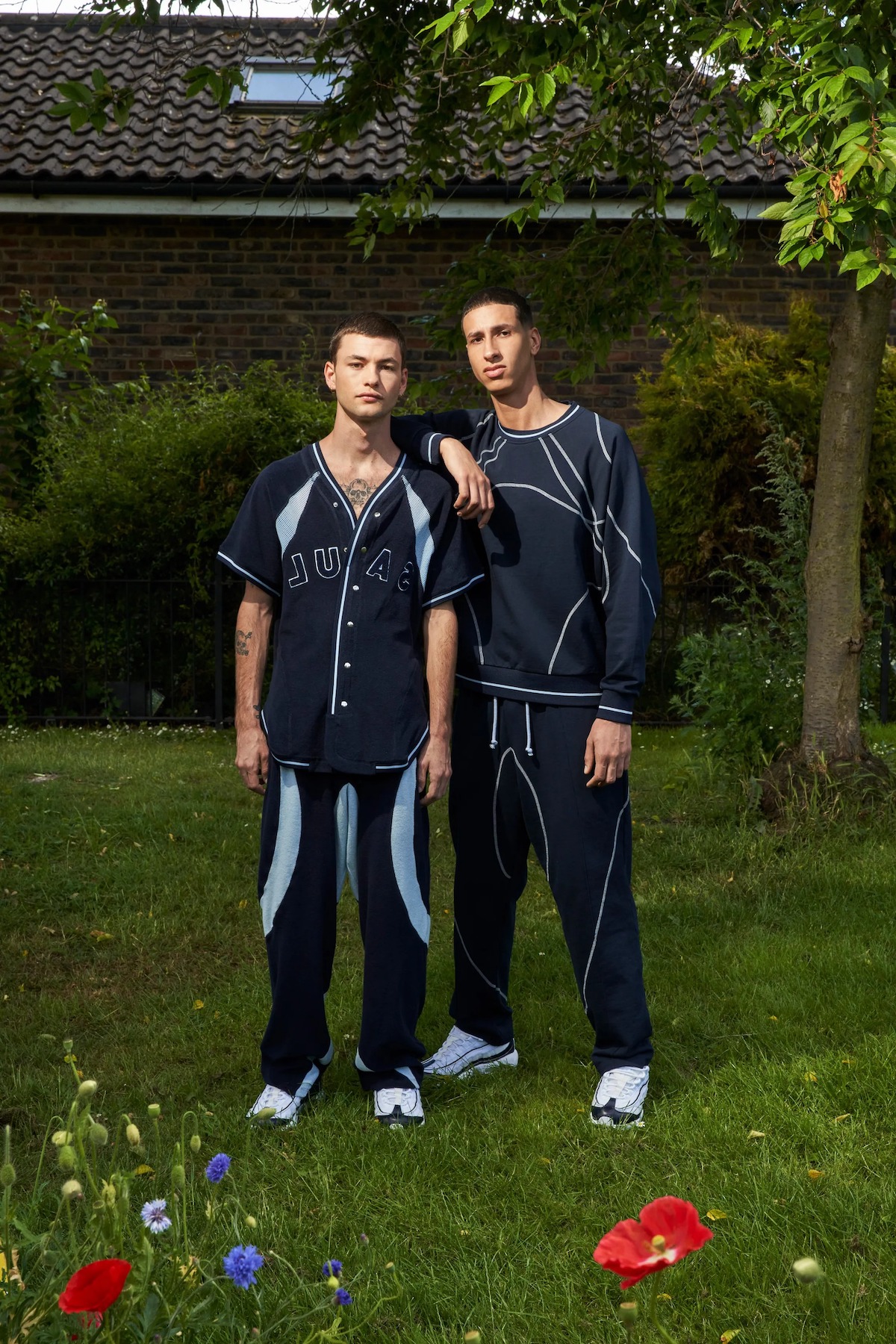 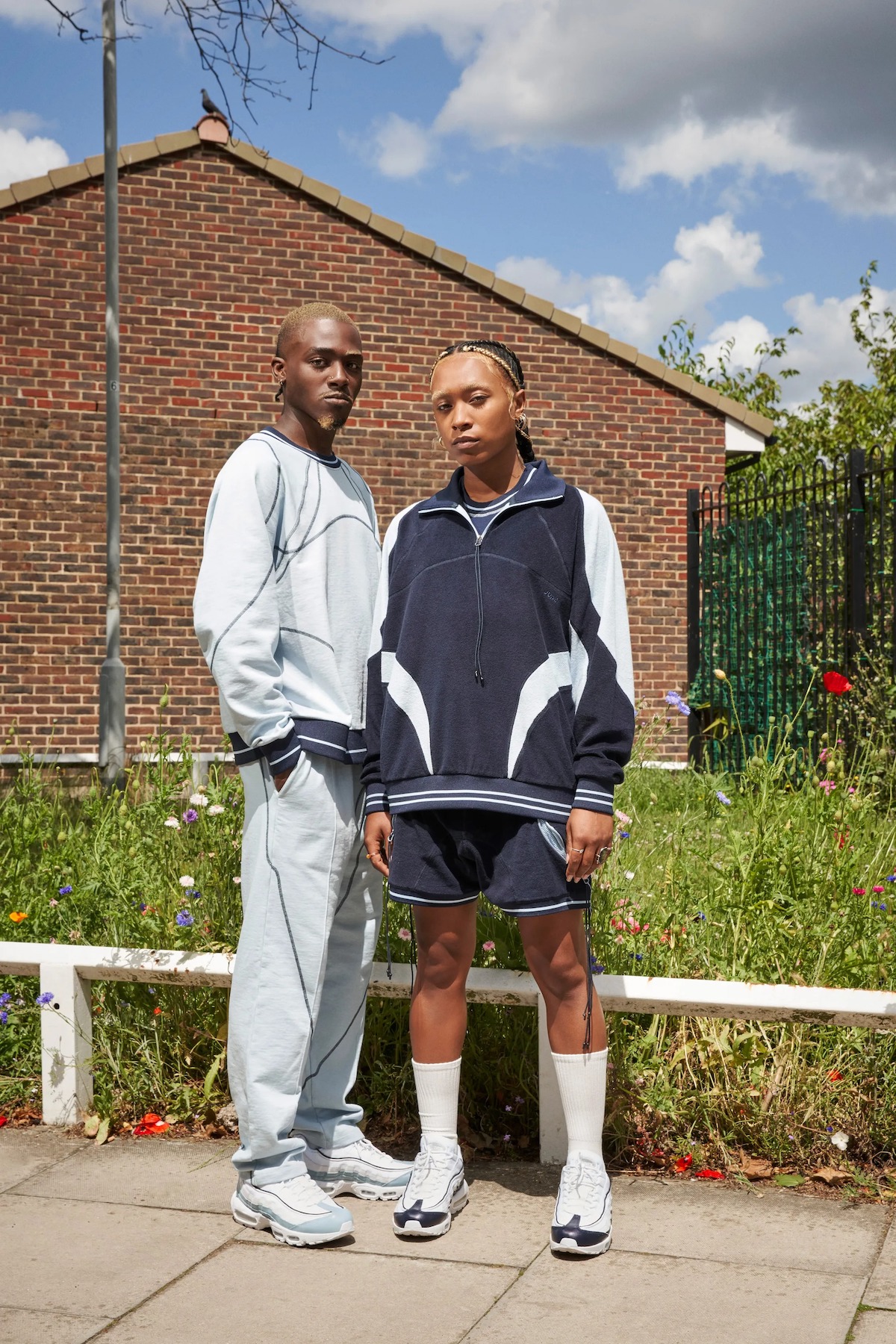 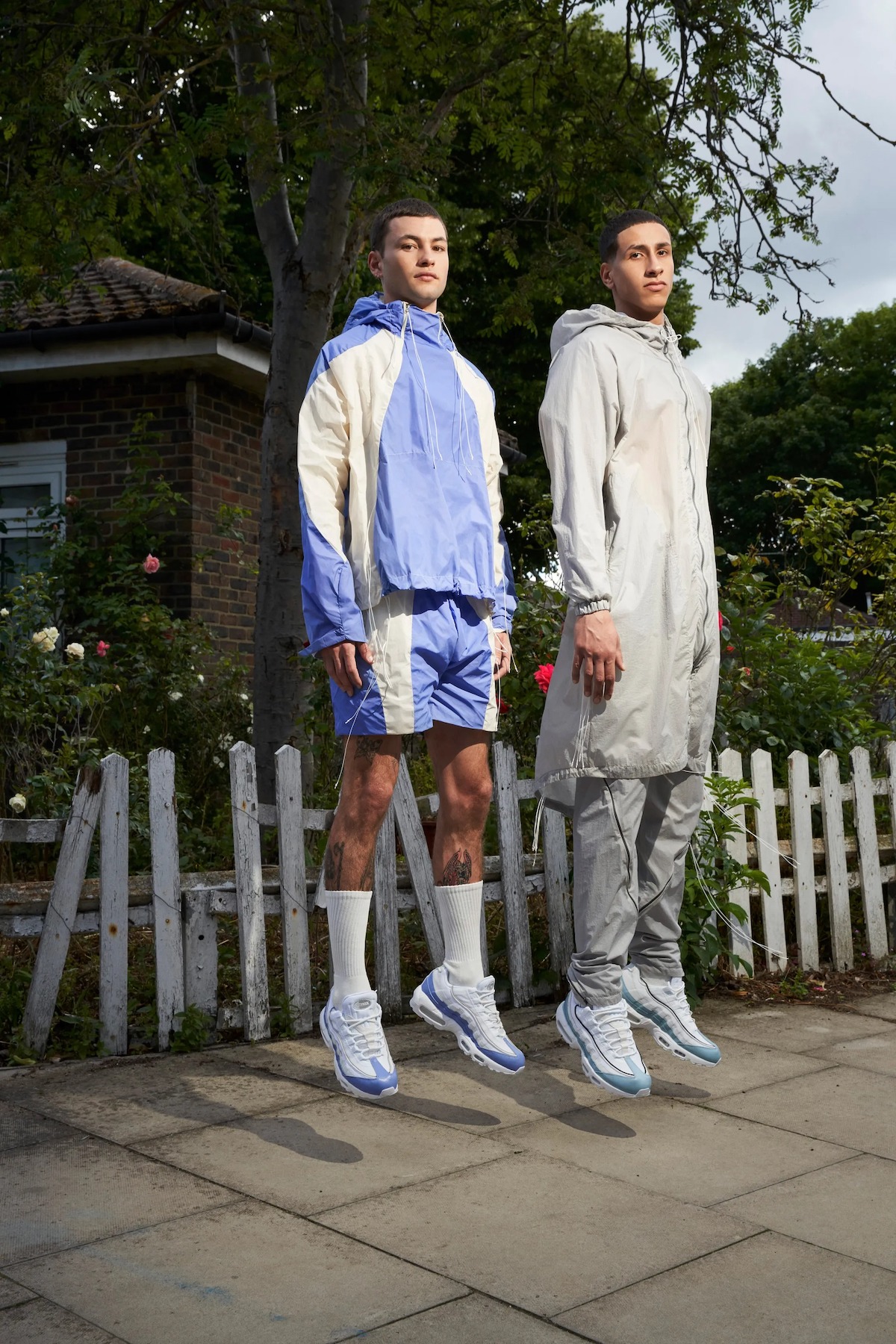 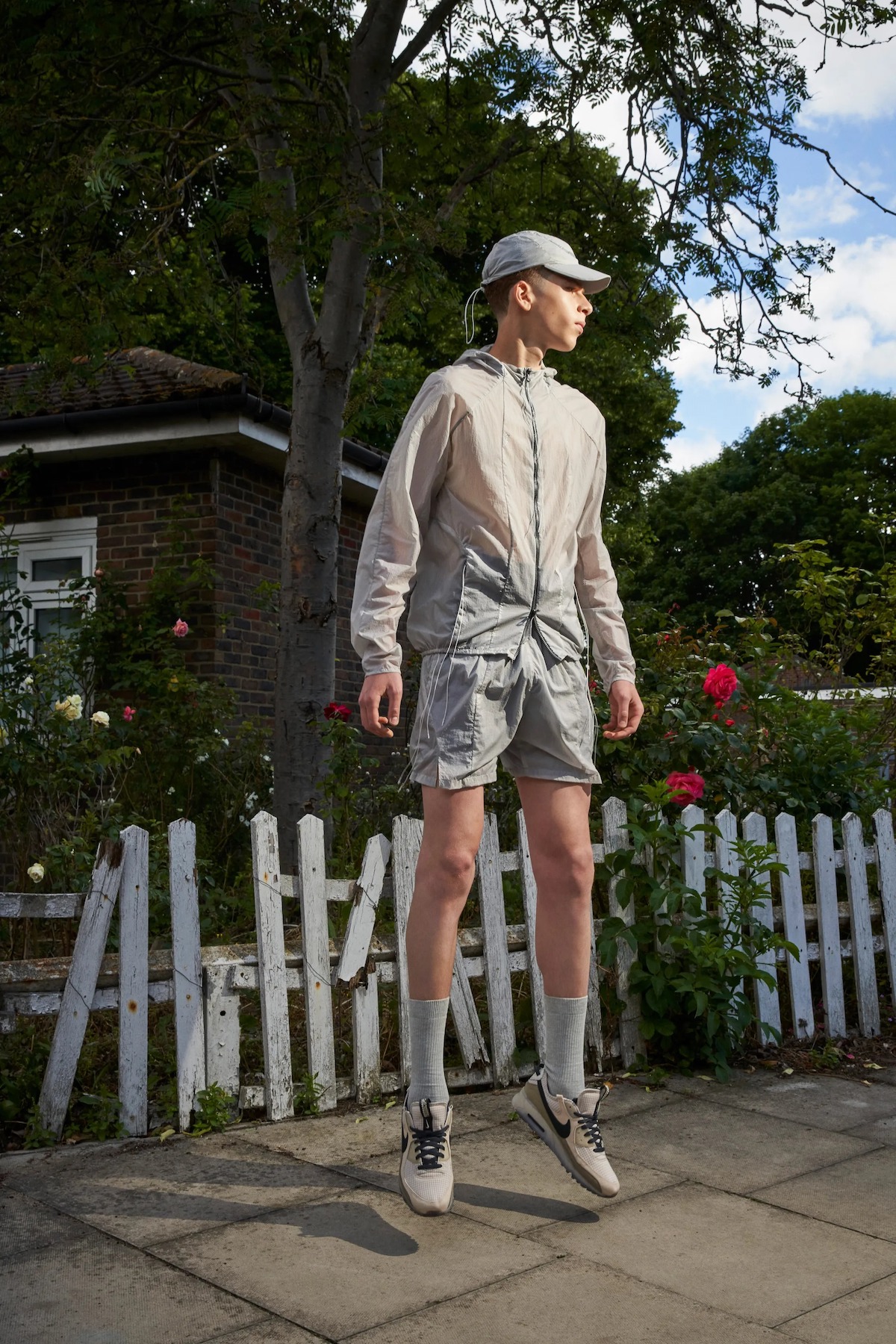 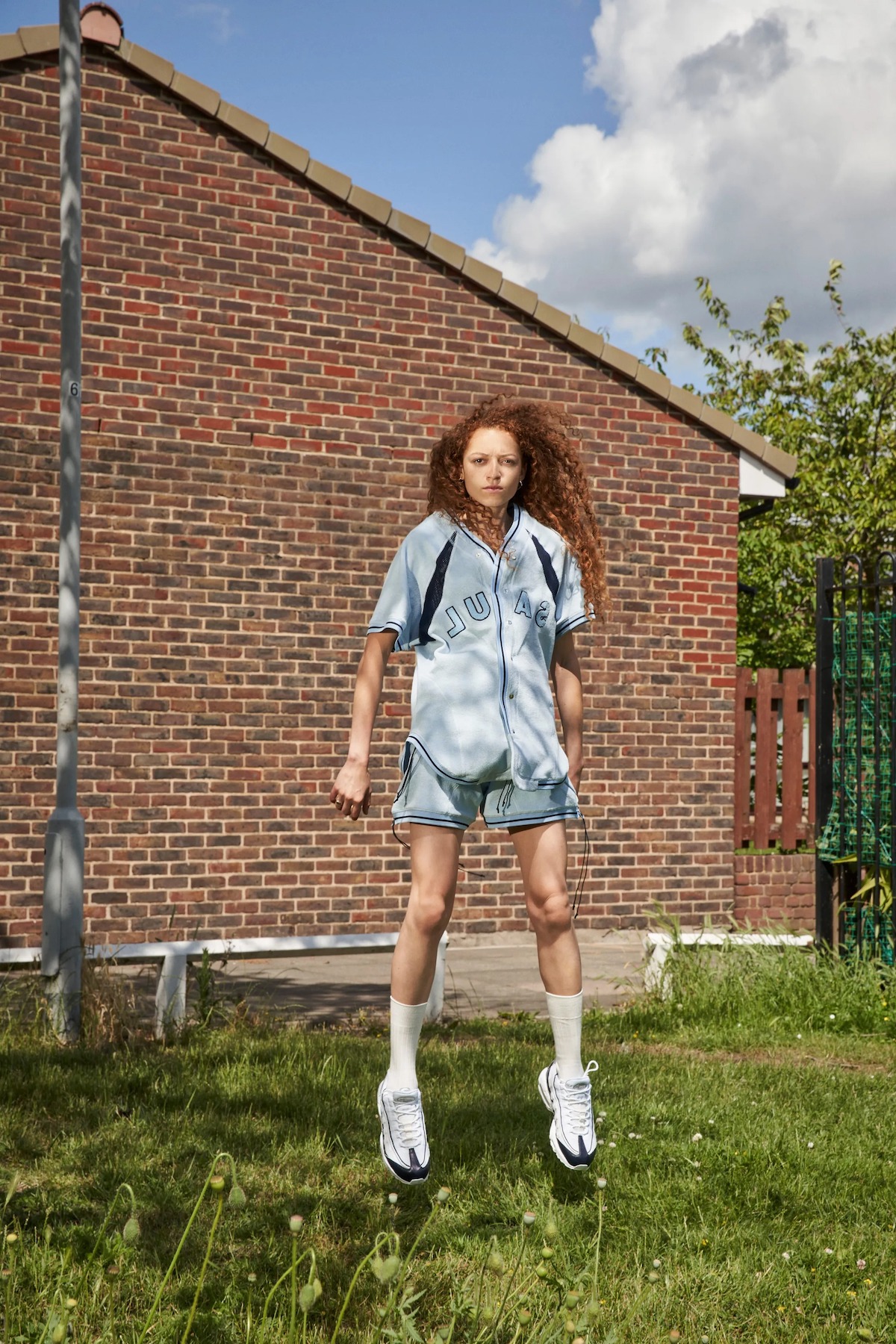 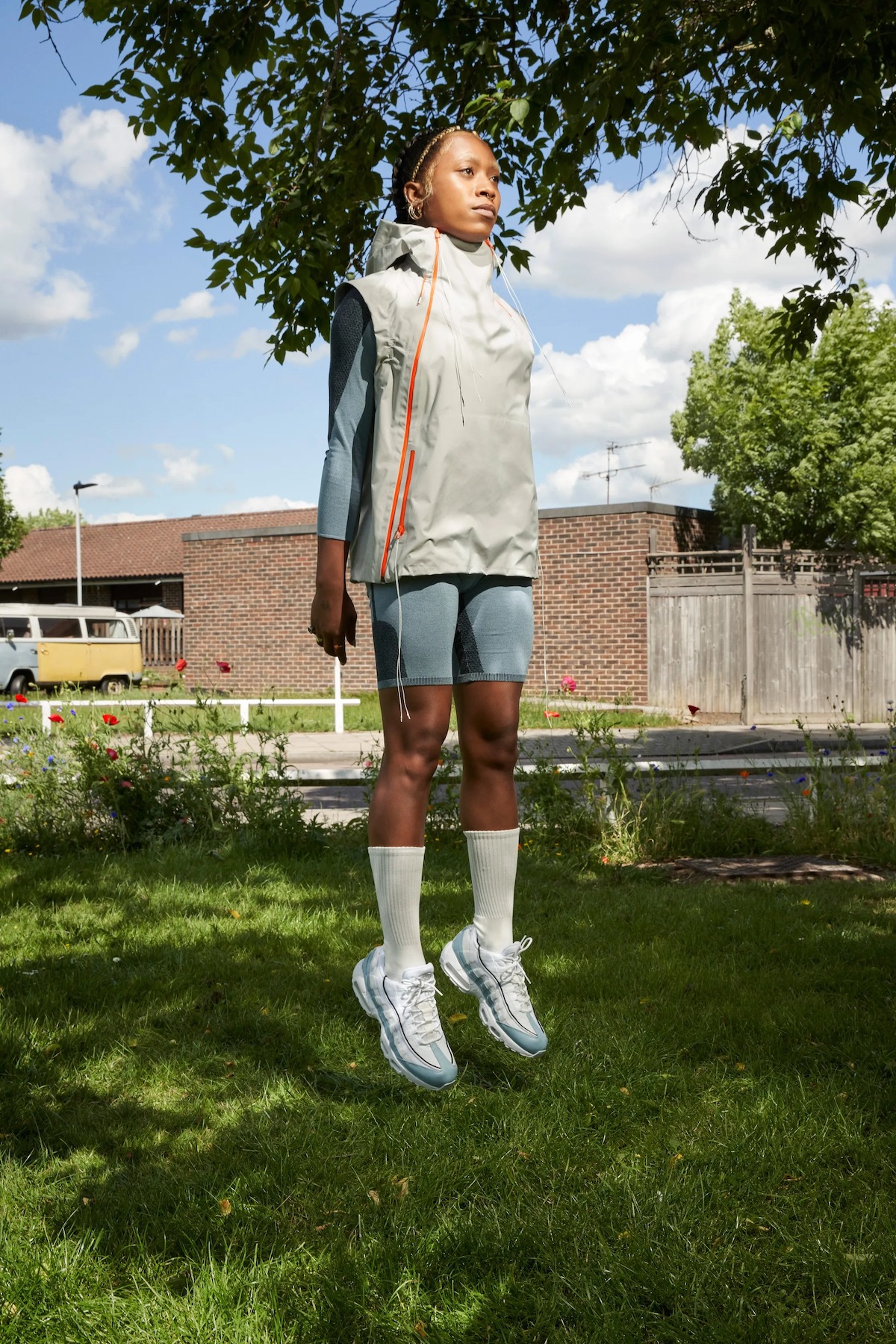 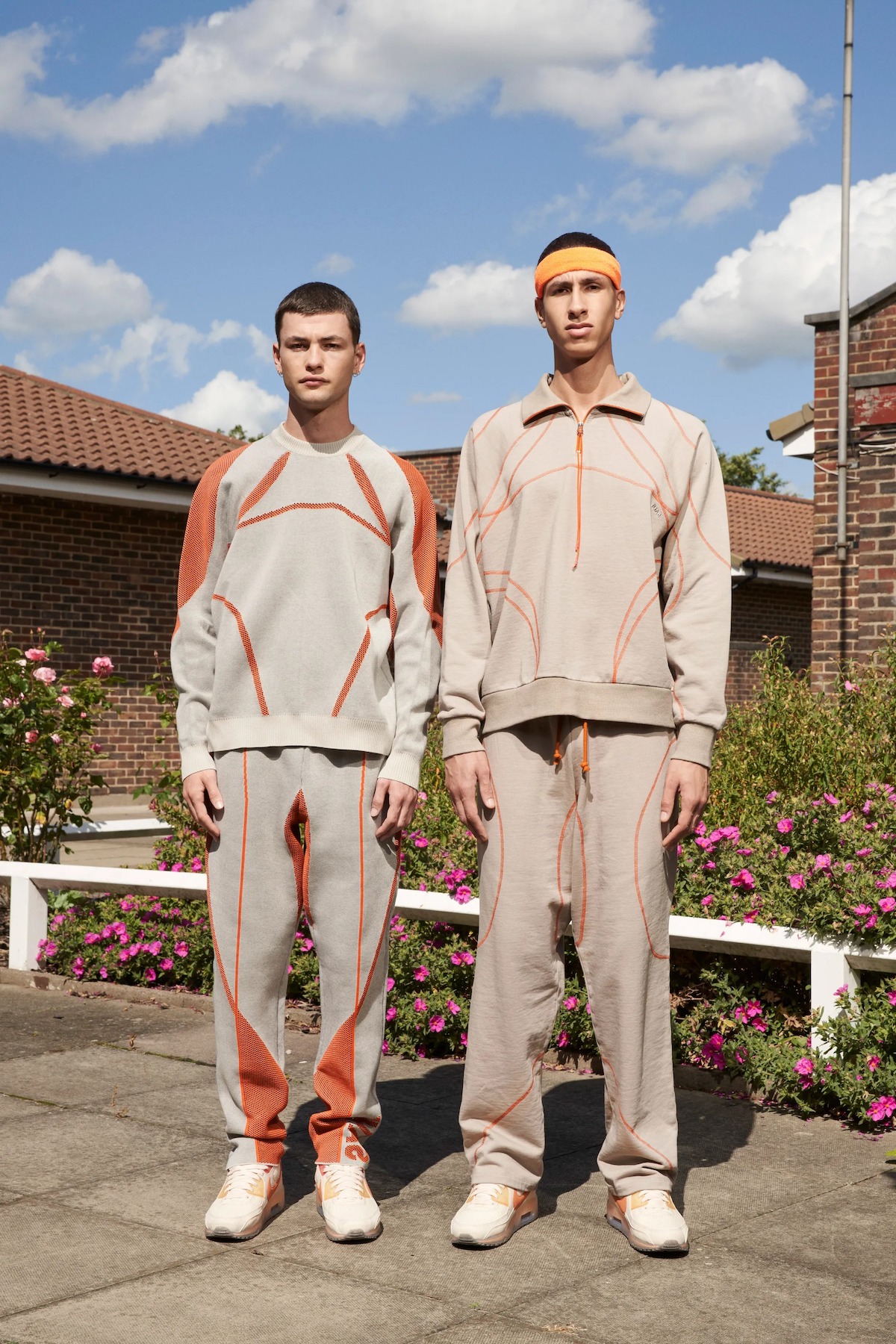 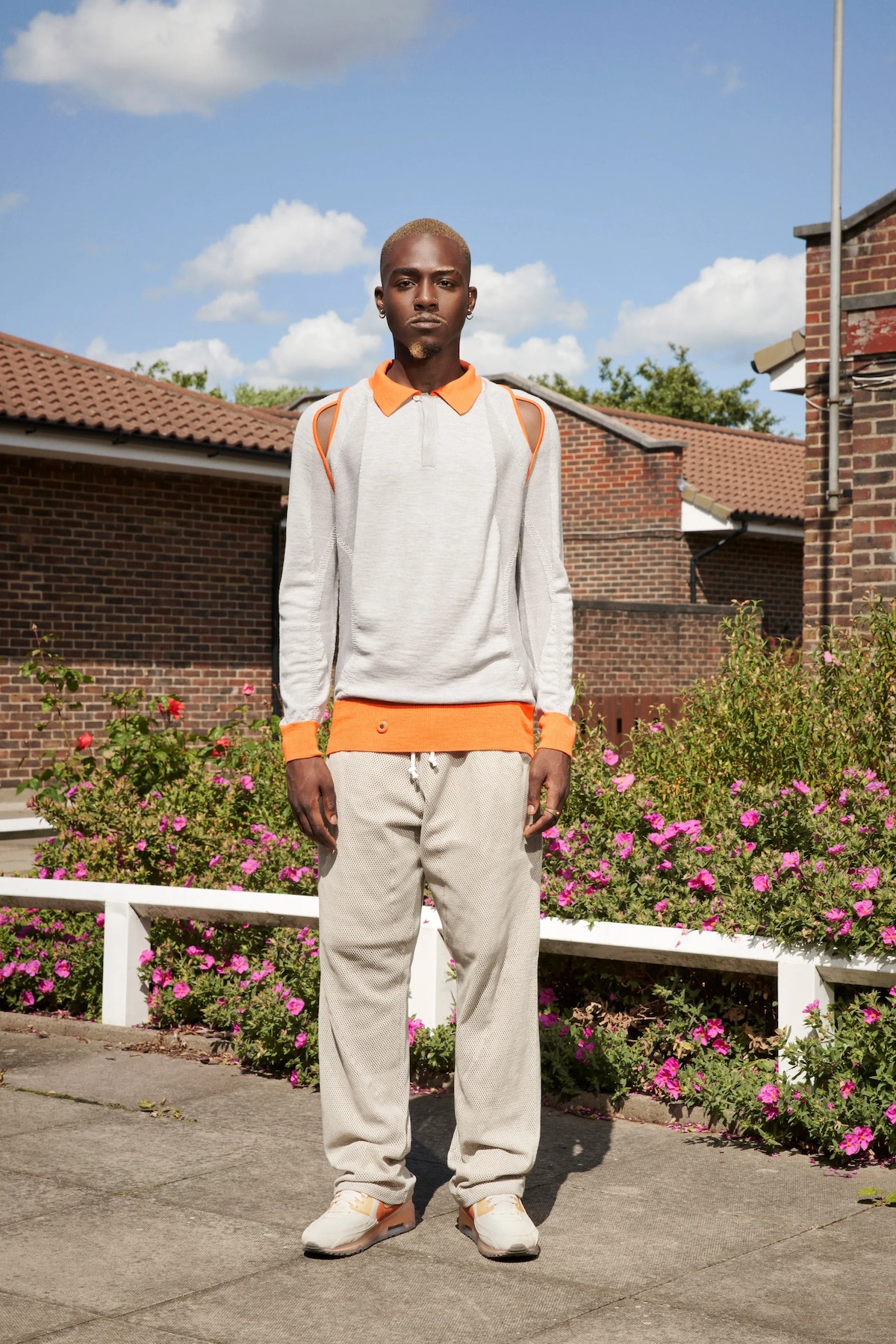 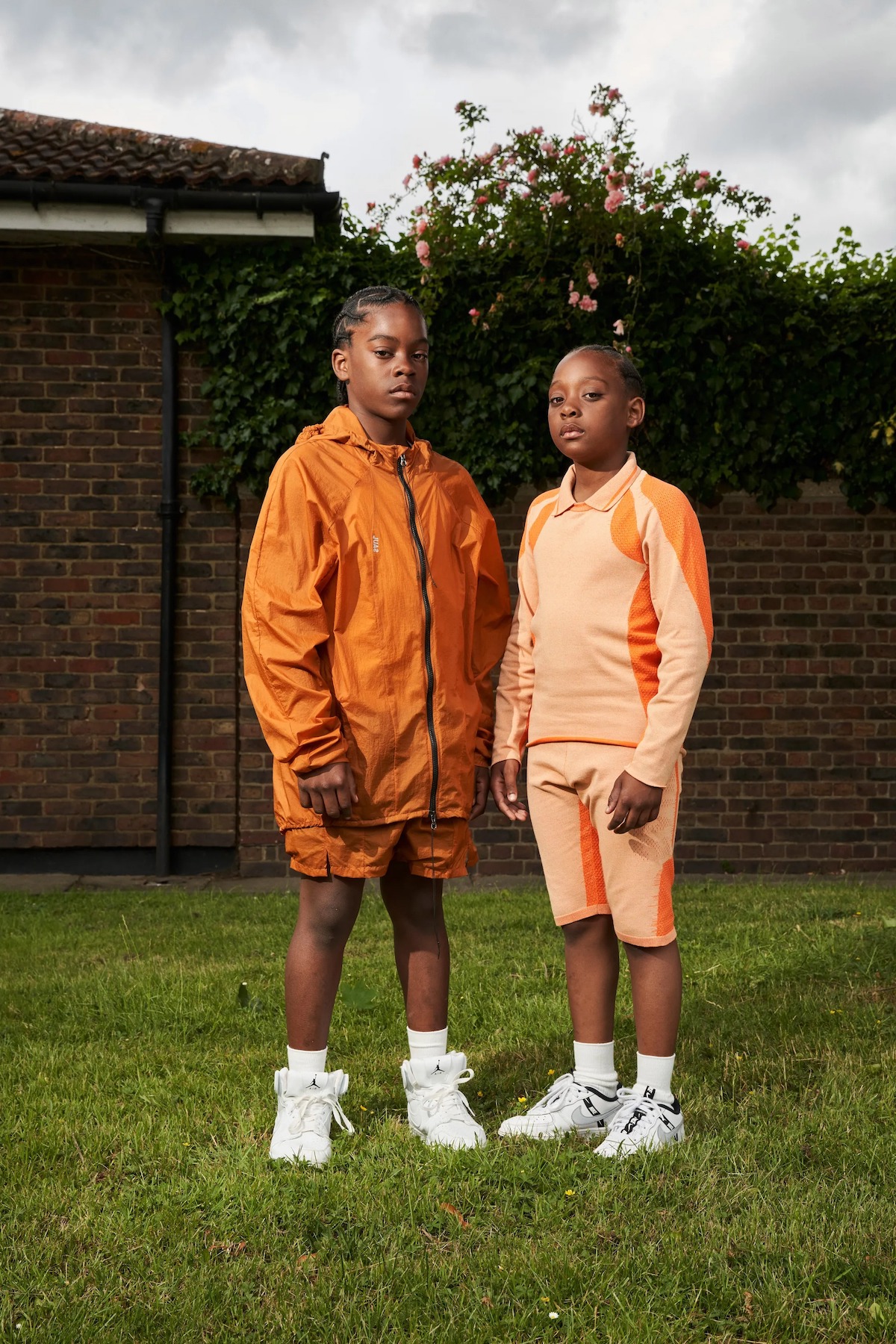 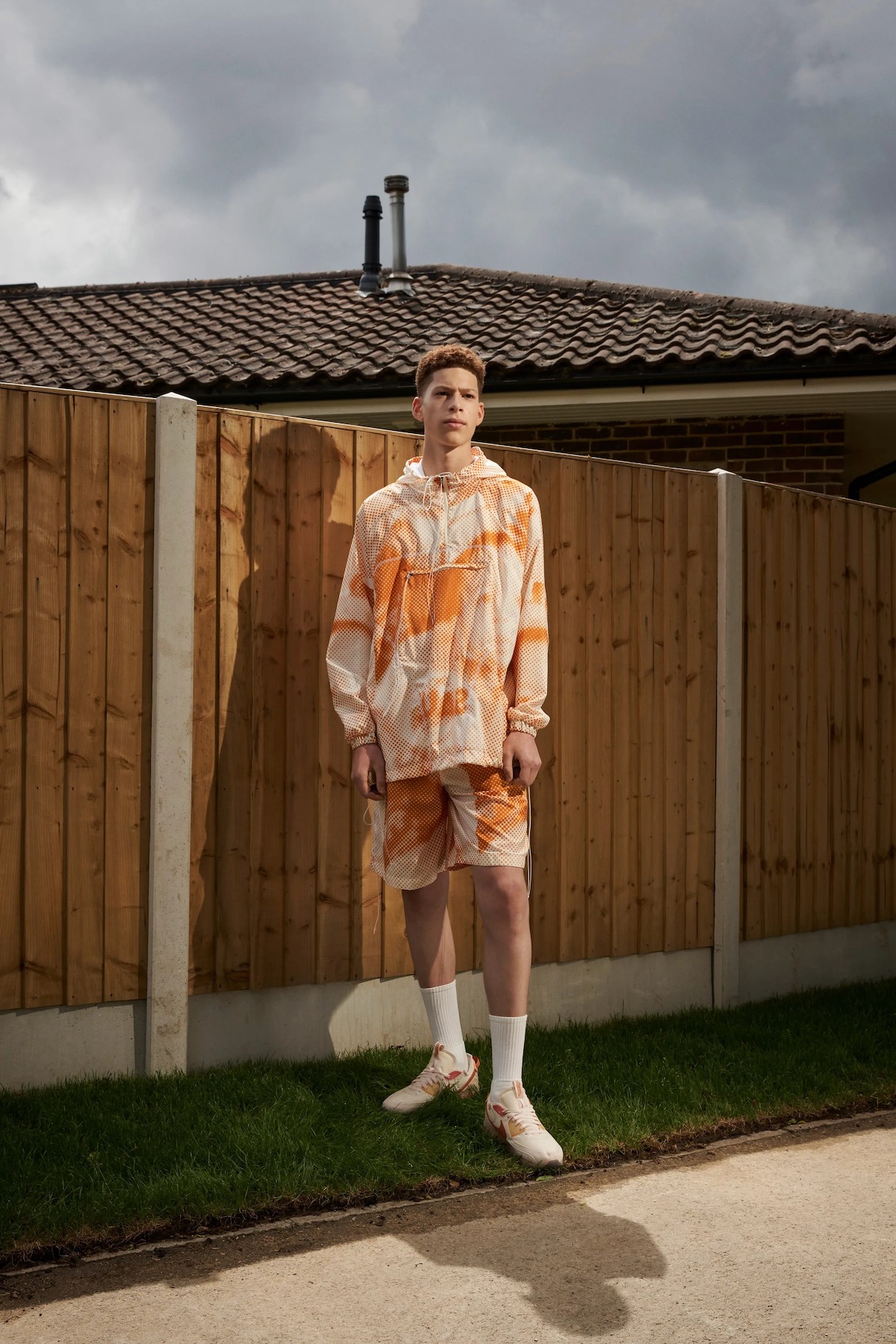 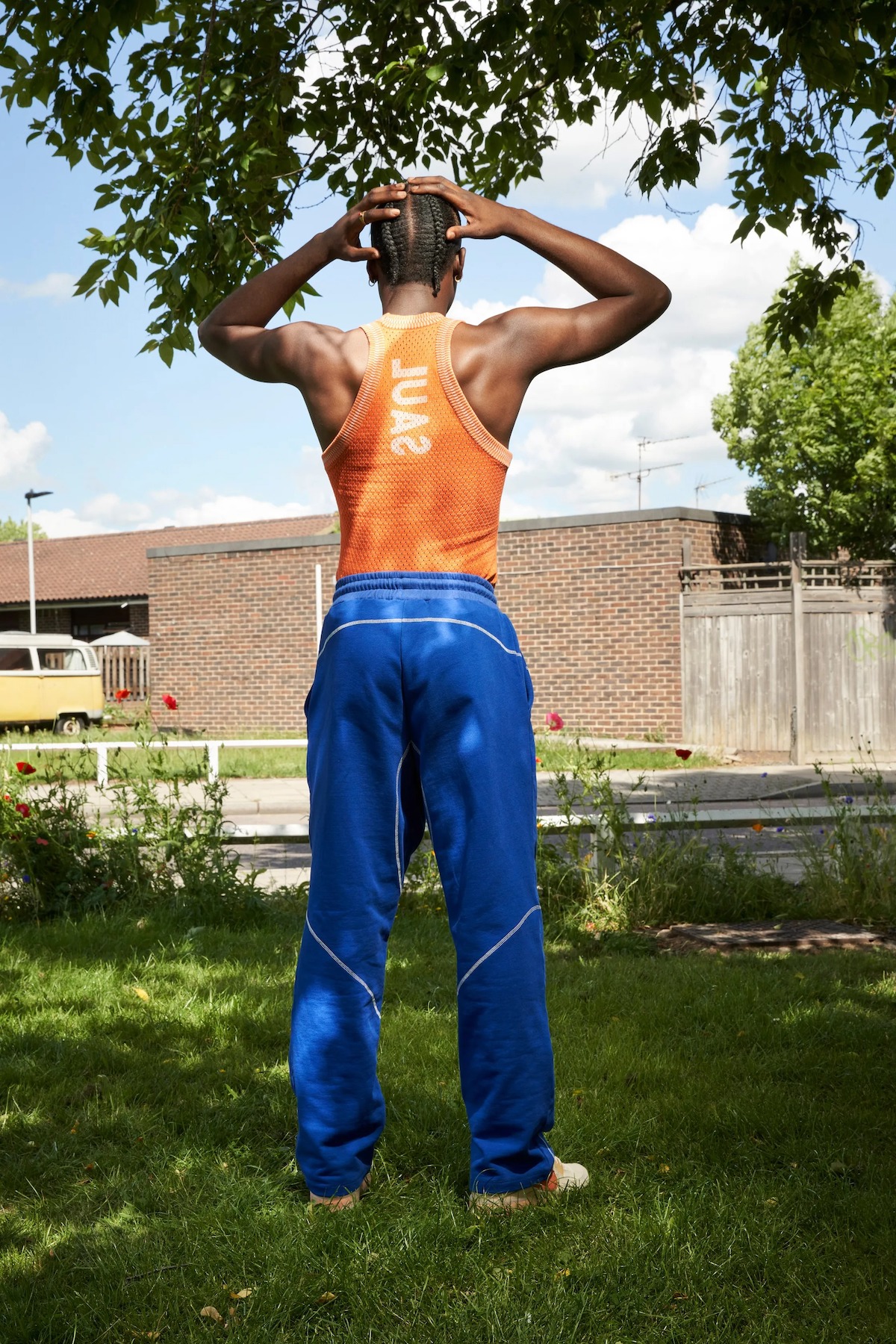