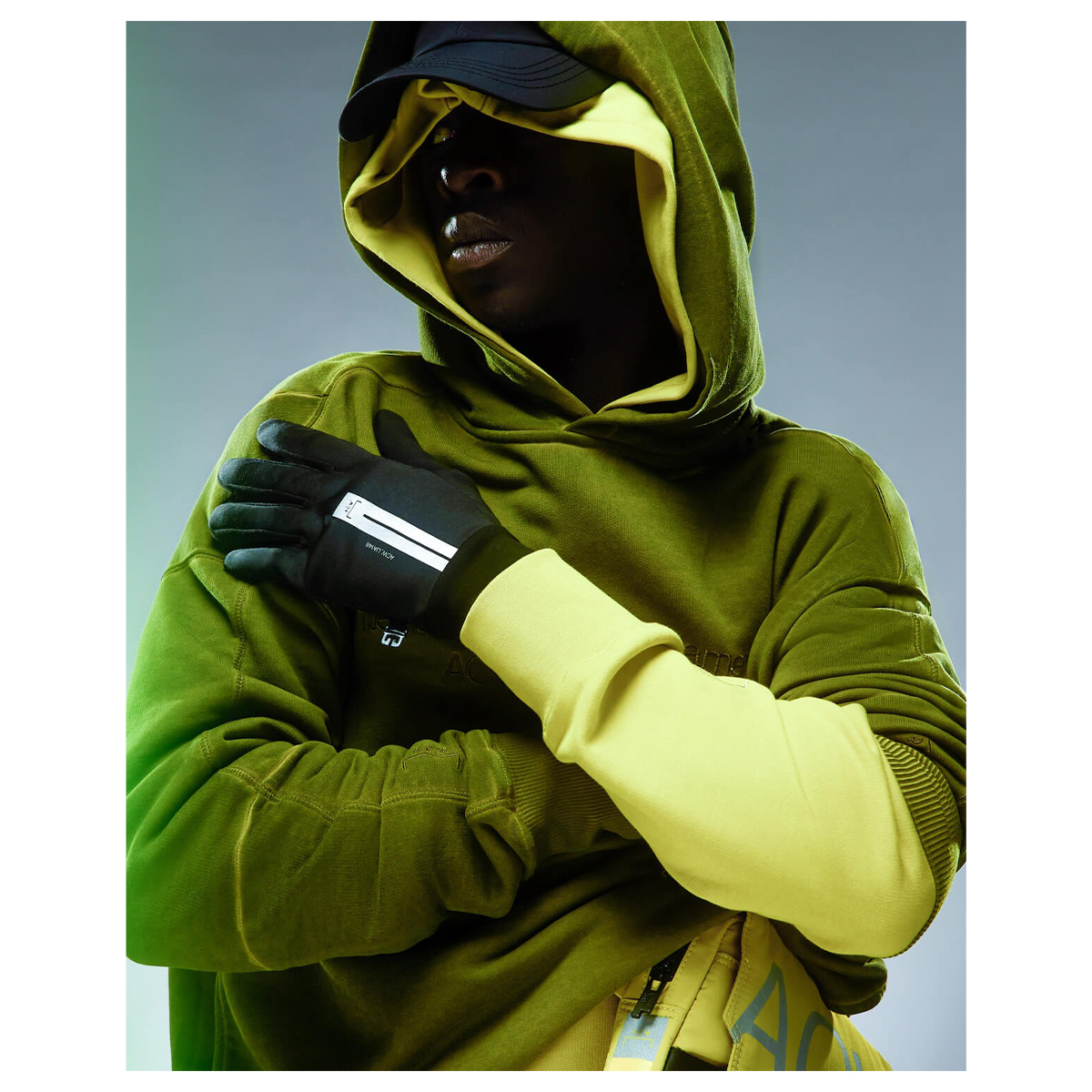 Designers sell atmospheres as much as clothes, and Samuel Ross has continuously sought to shape-shift the defining mood that surrounds his menswear label A-Cold-Wall. Founded amidst the streetwear boom of the mid 2010s, Ross has continually positioned himself as an anomaly amongst his peers. His earlier collections doubled as studies of British identity. Everything from class politics to social architecture has guided his design hand, with Ross even going as far as incorporating raw materials from the building trade into his initial utilitarian-leaning designs.

It’s a method that worked with great success. Within the brand’s first five years in business, Ross had made it to the LVMH Prize finals, took home the BFC/GQ Menswear Fund and A-Cold-Wall was sold to more than 150 stockists globally.

Then, on the eve of the pandemic came a dramatic shift. Ross would decamp to showing and creating his collections Milan at the start of 2020, as he pivoted his focus to tailoring. Trackies were swapped for louche suiting and everyday staples were cut handsomely and fashioned from elevated fabrics.

“​​It was just about being pragmatic about what was suitable for how people felt at that moment in time,” says Ross, touching on how A-Cold-Wall “grew up” to align with the maturing tastes of both himself and the brand’s clientele. It’s late June and we’re chatting amongst the brand’s SS23 collection, which hangs above us from metal frameworks positioned inside a stark concrete exhibition space in Paris. Ross plans on staging his next catwalk show in the city this coming January, but this season opted for an immersive installation where attendees were encouraged to interact with the garments.

It was a smart move being able to get up-close-and-personal with this collection in particular, which sees Ross introduce profoundly artisanal techniques to his A-Cold-Wall wardrobe. Being cooped up during the pandemic left Ross “wanting to produce expressive and wearable garments versus uniform and formality”. He envisioned an arm to the company that reflects “what I know so deeply, which was sportswear,” just now made via advanced craftsmanship.

Technical jackets, jumpers and trousers came hand-painted and threaded with metal wiring to allow the wearer ownership in bending their garments to their desired shape: “adding structural principles to wearable garments,” affirms Ross. The goal was to enhance the essence of the brand and amplify A-Cold-Wall codes, just now with a “couture-like attention to detail”.

“We’re taking some of these garments through eight to 12 different washes, dipping each in starch, adding wireframes and then hand-painting. We’re completing the first step of what good clothing actually is, then we’re adding the atelier prospect on top.”

The desire to create like so was born from the frustration of wanting to produce specialist treatments that are not achievable in a factory. It’s an approach he’s applied to his upcoming collaboration with Timberland, which included a padded utility vest, distressed parka and navy loafers. “I’ve been trying to think about how a brand like A-Cold-Wall – which is quite radical in shape and form but also understands different treatment – works with a heritage brand? The one difficulty young brands have is that we can’t actually fabricate heritage, you have to integrate with brands to be able to tap into heritage,” says Ross. “So, what I wanted to do here is have a balance of directional shape, but also integrate in styles which are well known, that [A-Cold-Wall] maybe hasn’t had the proximity to tap into. It’s a real exchange, we offer [Timberland] a slightly more radical principle, and they give us the authority to start telling a much more sartorial, heritage-based narrative.”

Timberland’s not the only established name A-Cold-Wall has tapped into. The brand has on-going collaborations with Dr. Martens, Converse and Mackintosh, and has recently opened the doors to its first flagship store in Beijing. It’s an impressive growth that’s been assisted by Tomorrow Ltd, who acquired a major stake in A-Cold-Wall in 2018. In a few short years, the brand has quickly been able to shake off its “emerging” categorisation to cement itself as one of Britain’s most exhilarating menswear businesses – branching into physical retail and more product categories, like the brand’s hyper shoppable pre-fall 2022 collection, modelled by British-Gambian rapper Pa Salieu.

“It has definitely taken me a bit of time to figure out, but I feel really confident about these pillars to the brand,” says Ross. The evolution of A-Cold-Wall is only just getting started.