Cinema Inferno! After exploring film during the pandemic, John Galliano made his return to the live format at Maison Margiela on Wednesday evening with a show that didn’t just set a new bar for fashion presentations but entirely reinvented the idea of a runway show. Held in the underground theatre of Palais de Chaillot, it was staged like a play conceived by Galliano and produced by the Leeds-based troupe Imitating the Dog. Over thirty minutes, a cast including Leon Dame, Amber Valletta, Alton Mason, Karen Elson, and Scott Barnhill performed a play – dialogue and all – which was simultaneously filmed and live-edited for a digital audience. It followed Count and Hen, a young star-crossed couple on the run from the law after killing their abusive parents. Through flashbacks, Galliano told us their story: a tale revolved around the abuse of power, which was also the foundation for the haute couture techniques through which he created his clothes. A new invention called ‘the power-cut’ evoked authoritarian uniforms within tailoring, slashed-up clothes nodded at the memory of aggression, and classic haute couture silhouettes were cut in the image of surgical scrubs. Through the performance, Galliano investigated prom dressing, the Wild West wardrobe, Old Hollywood glamour, and ideas of cultish horror – every garment and accessory created with the most painstaking techniques intrinsic to the genius of Galliano. It was a stupefying and totally amazing experience, and an absolute game-changer for the future of fashion shows. 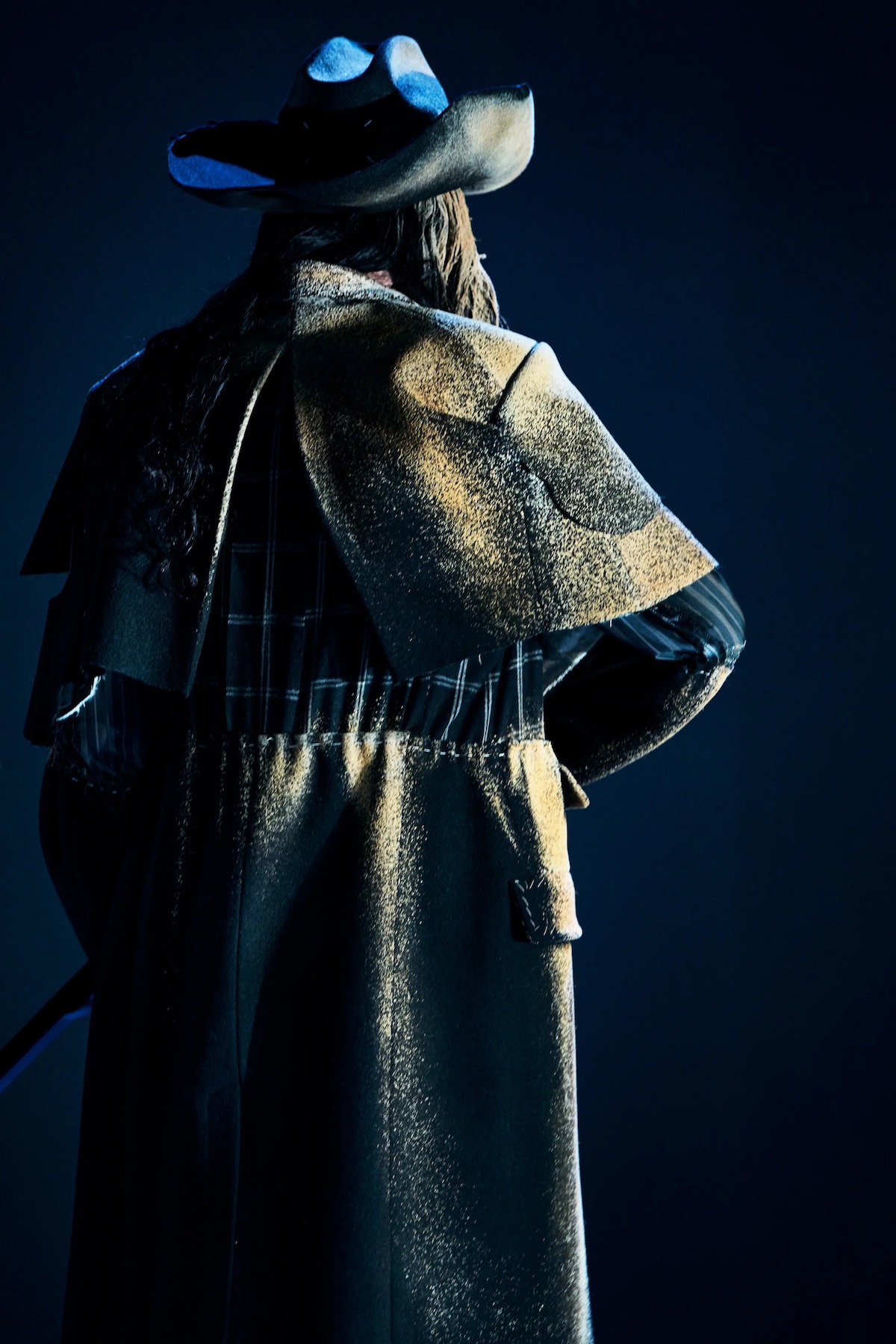 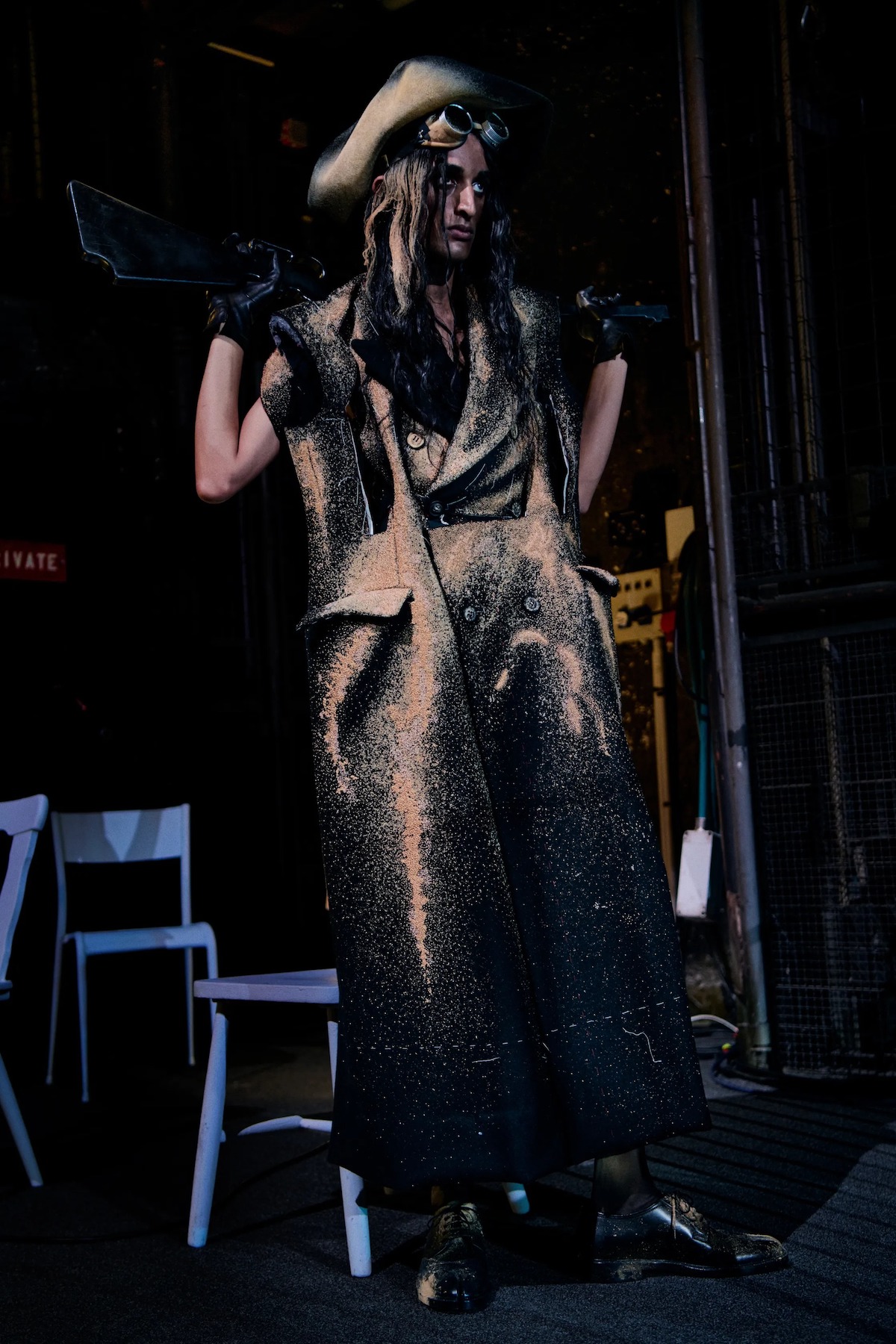 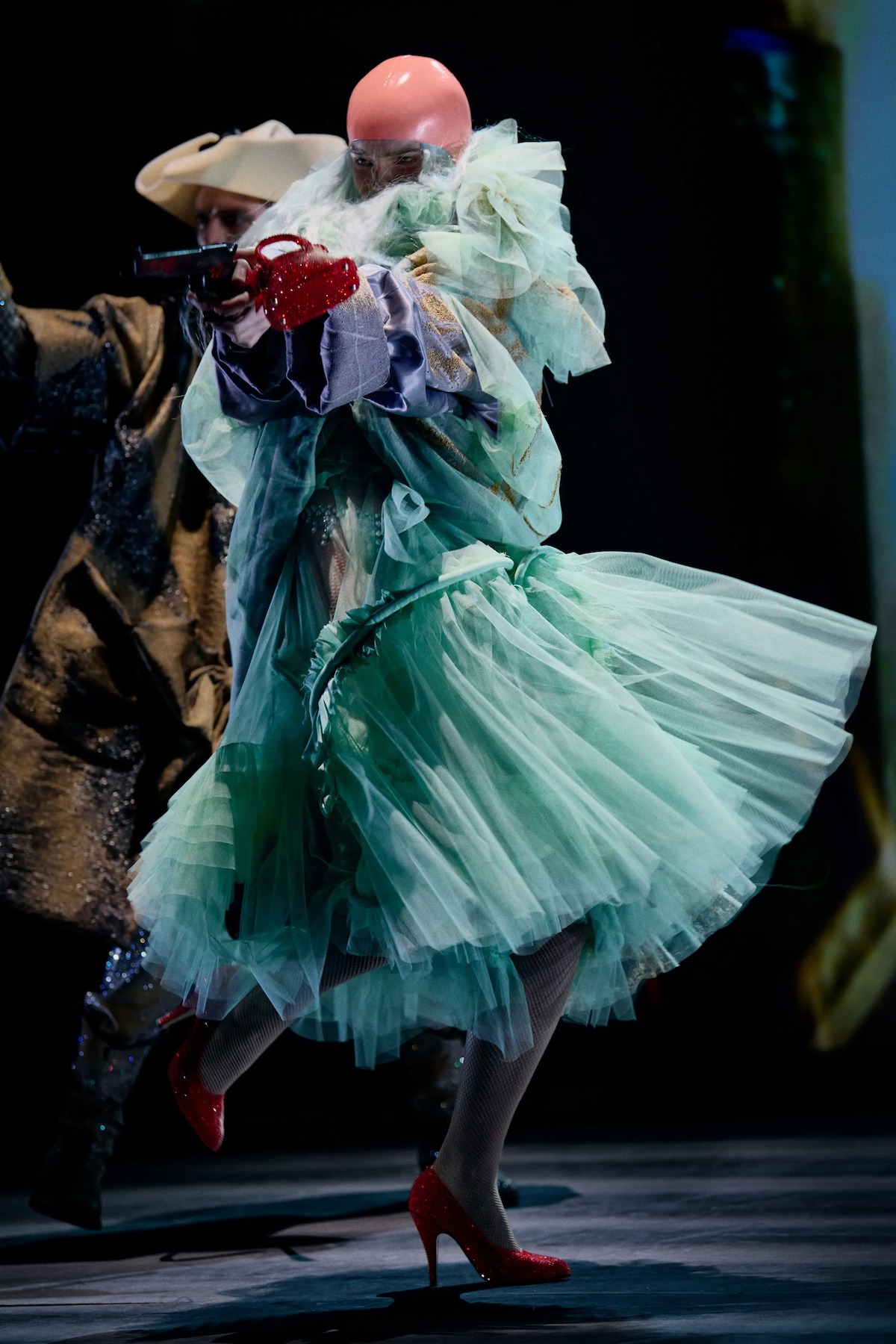 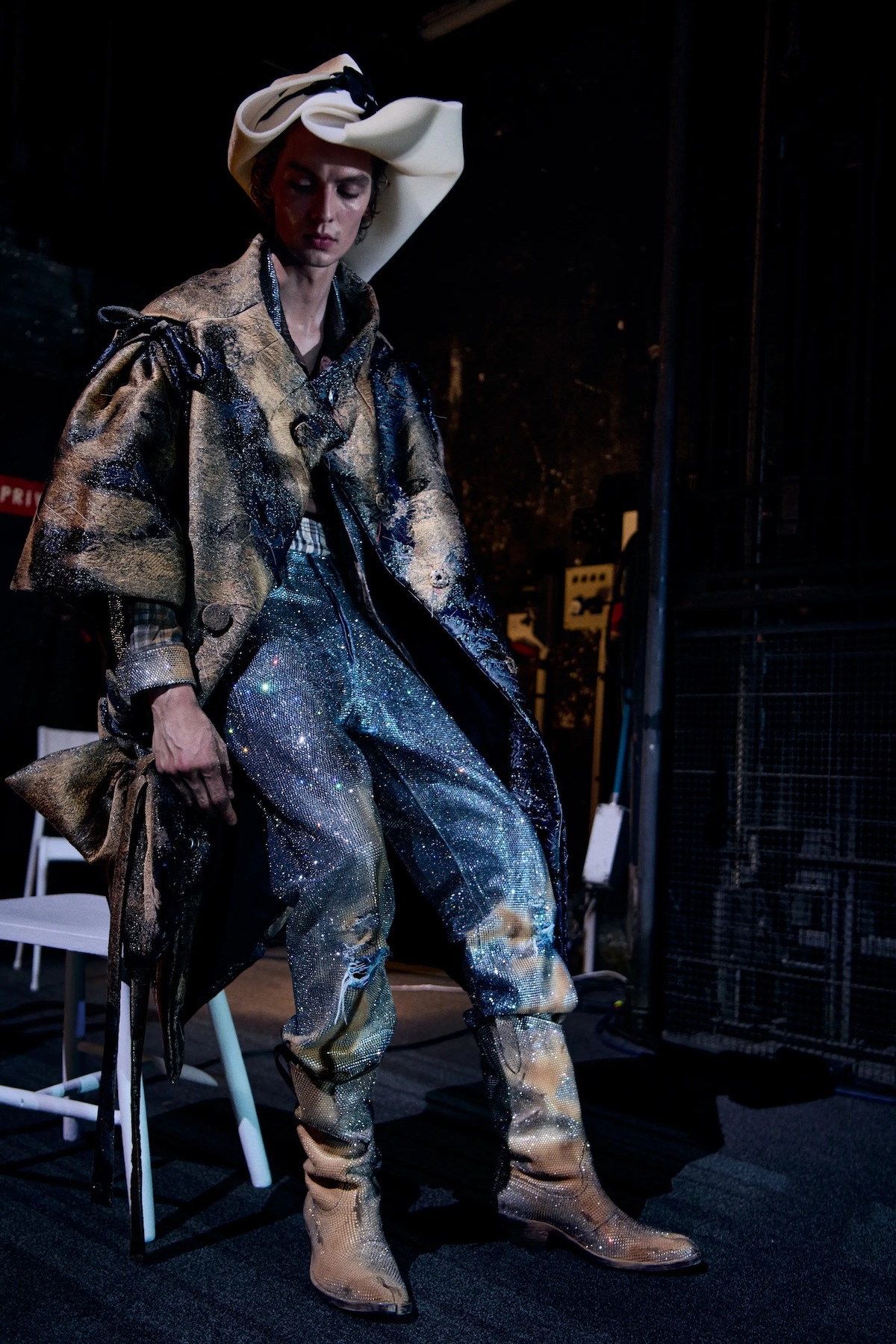 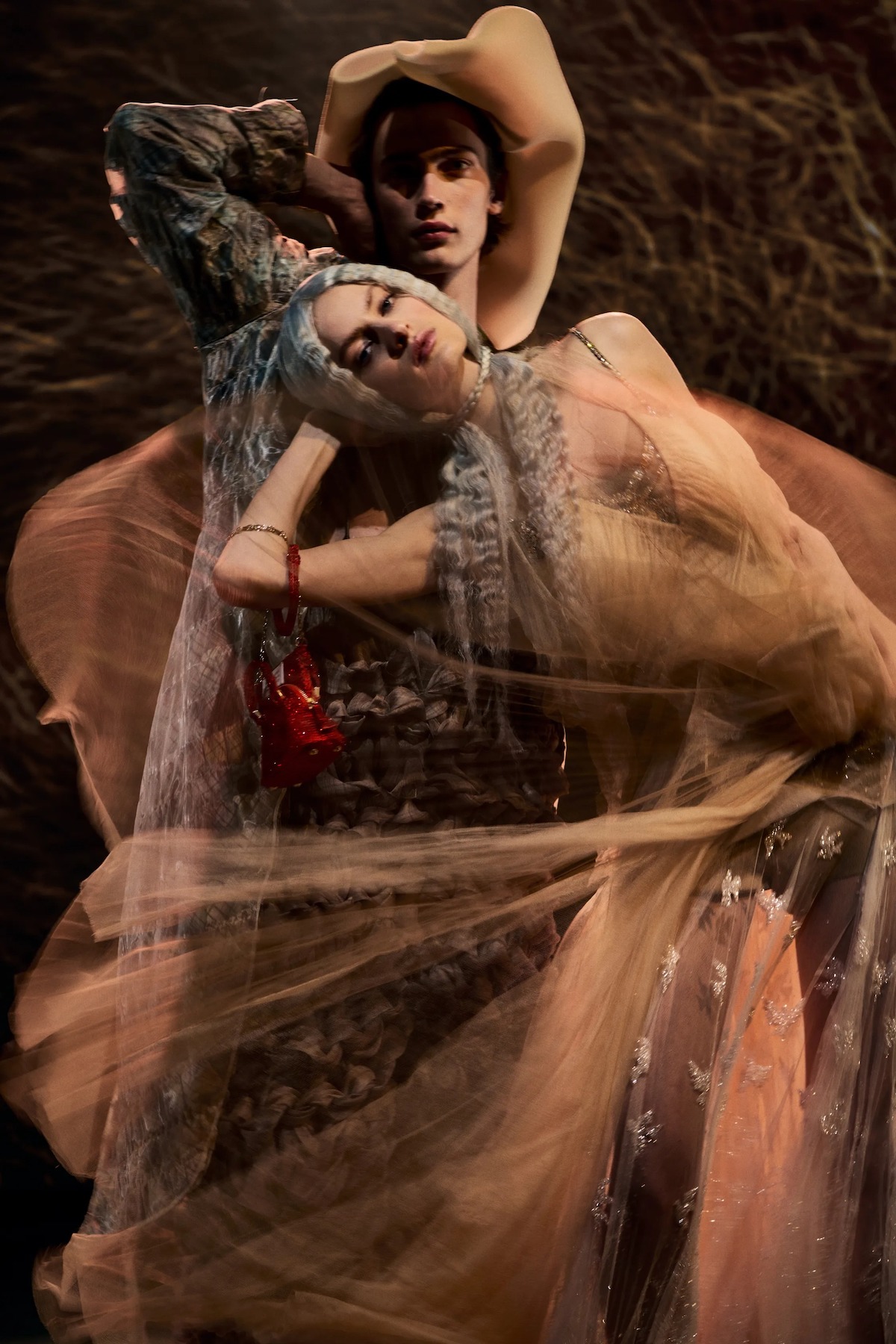 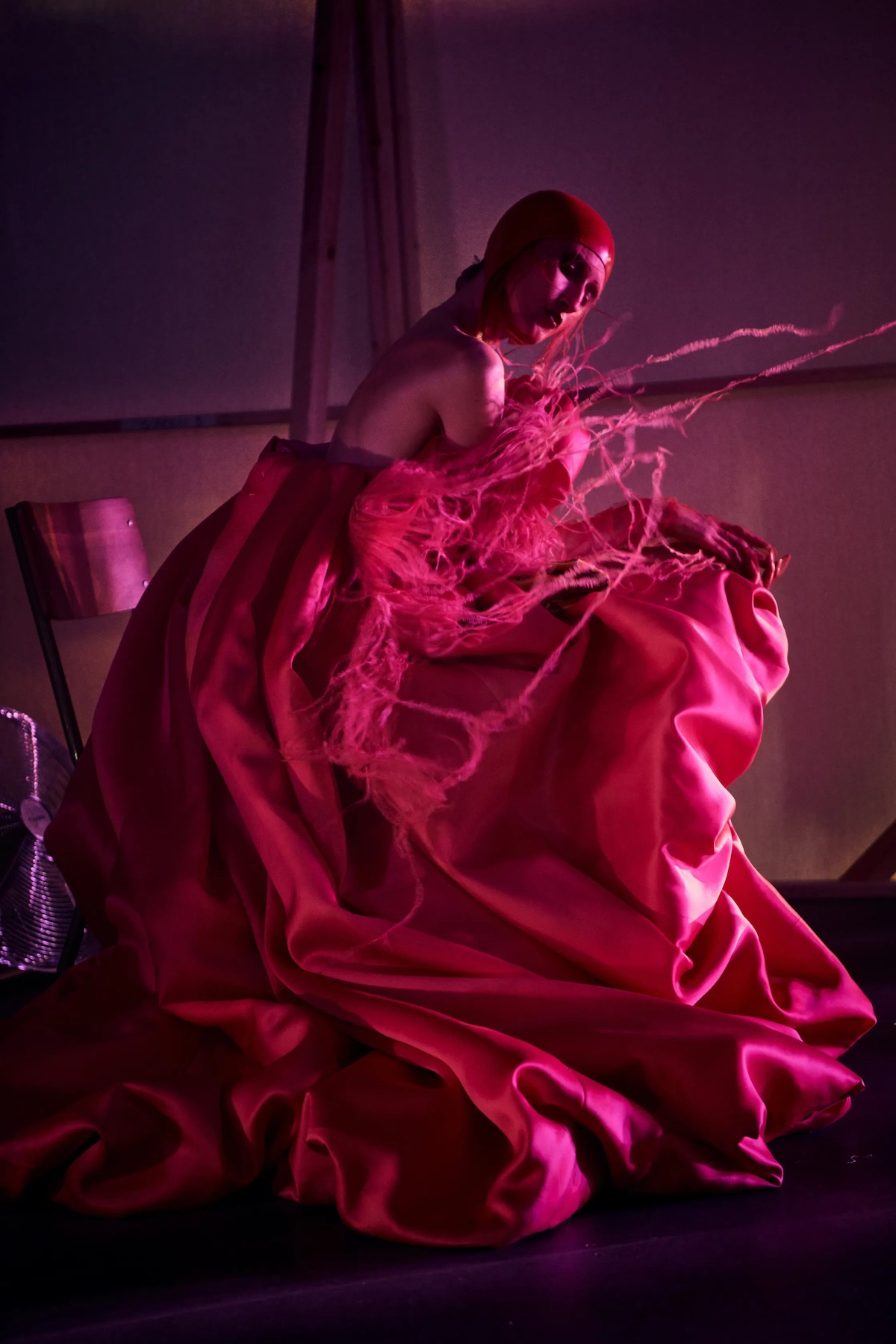 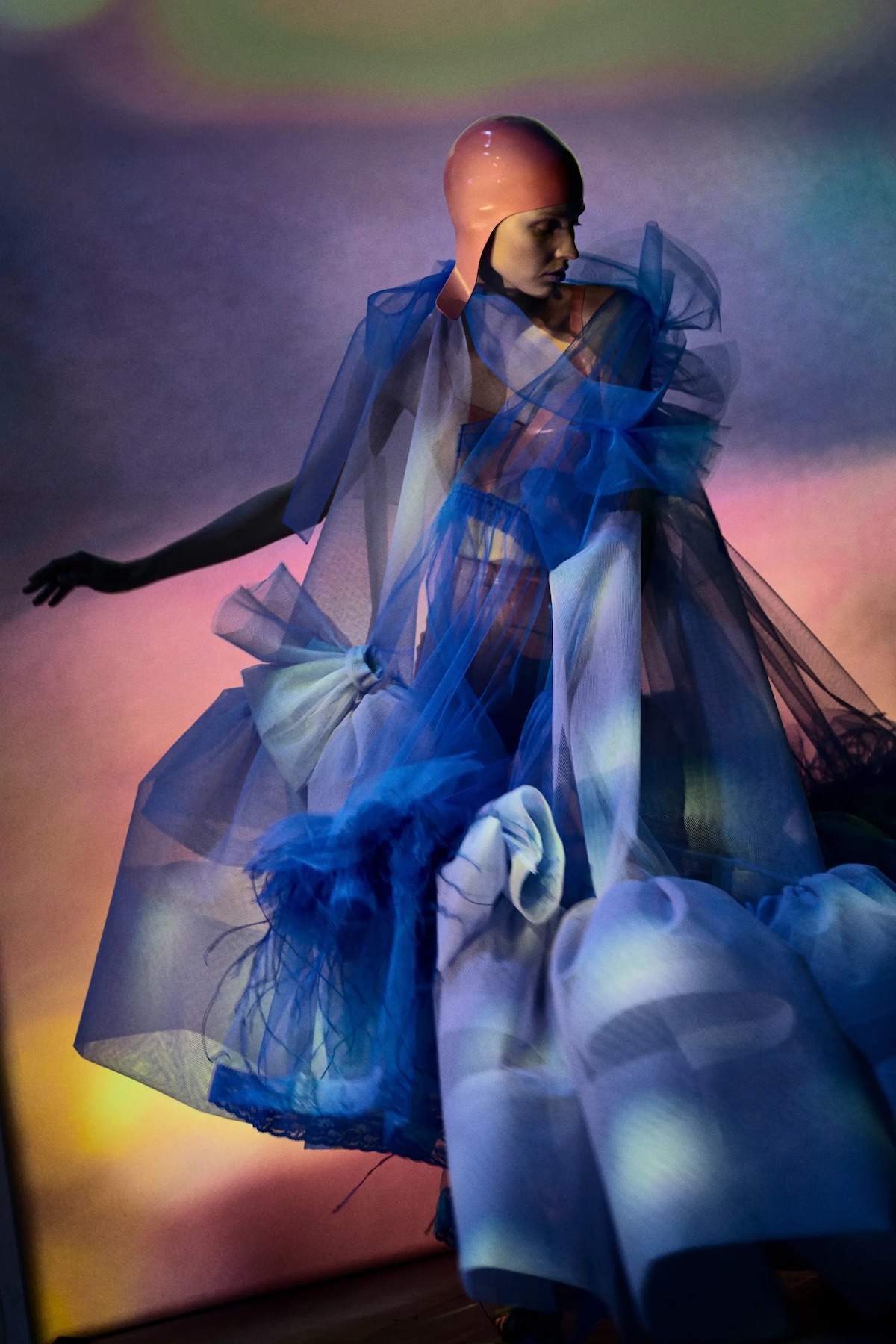 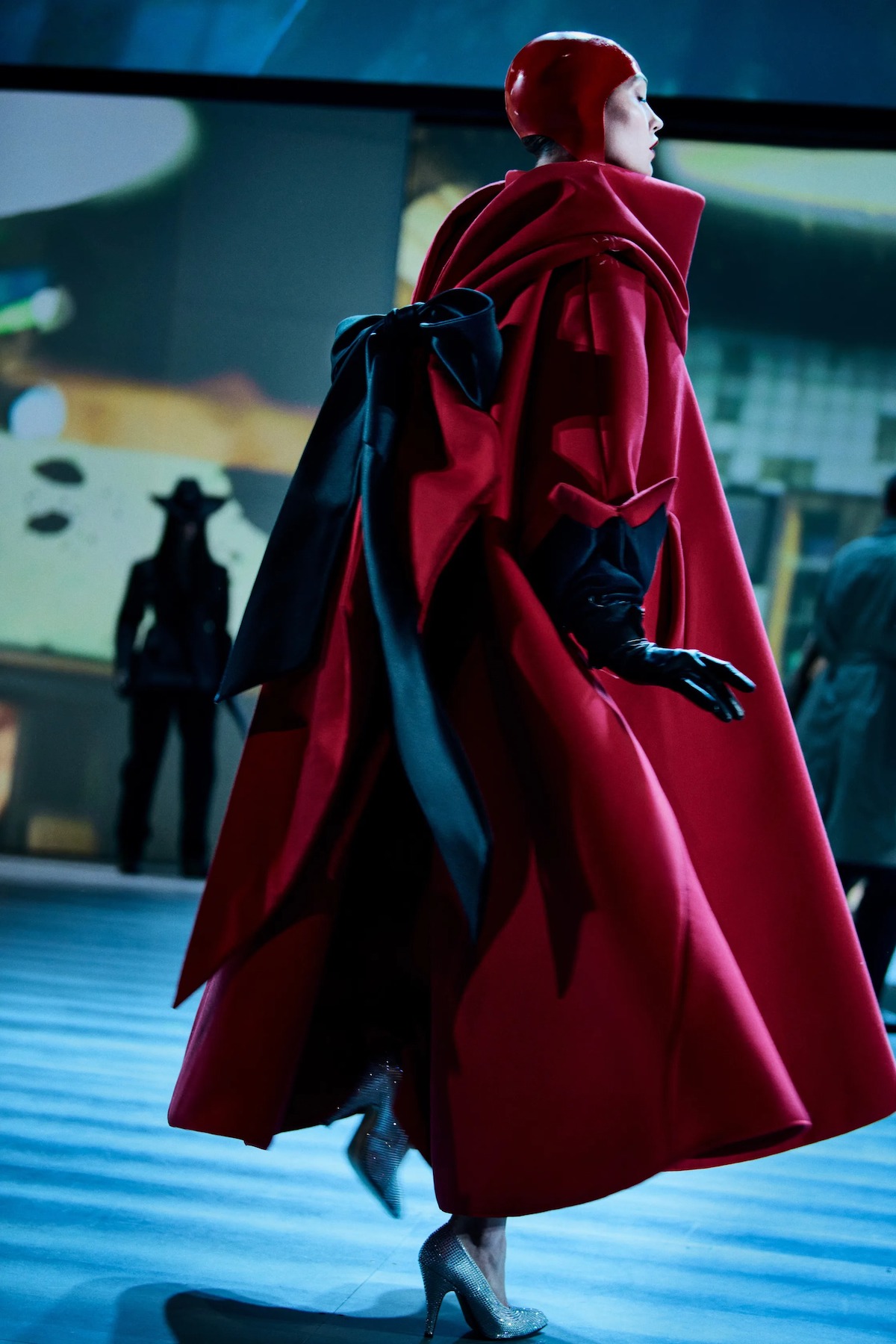 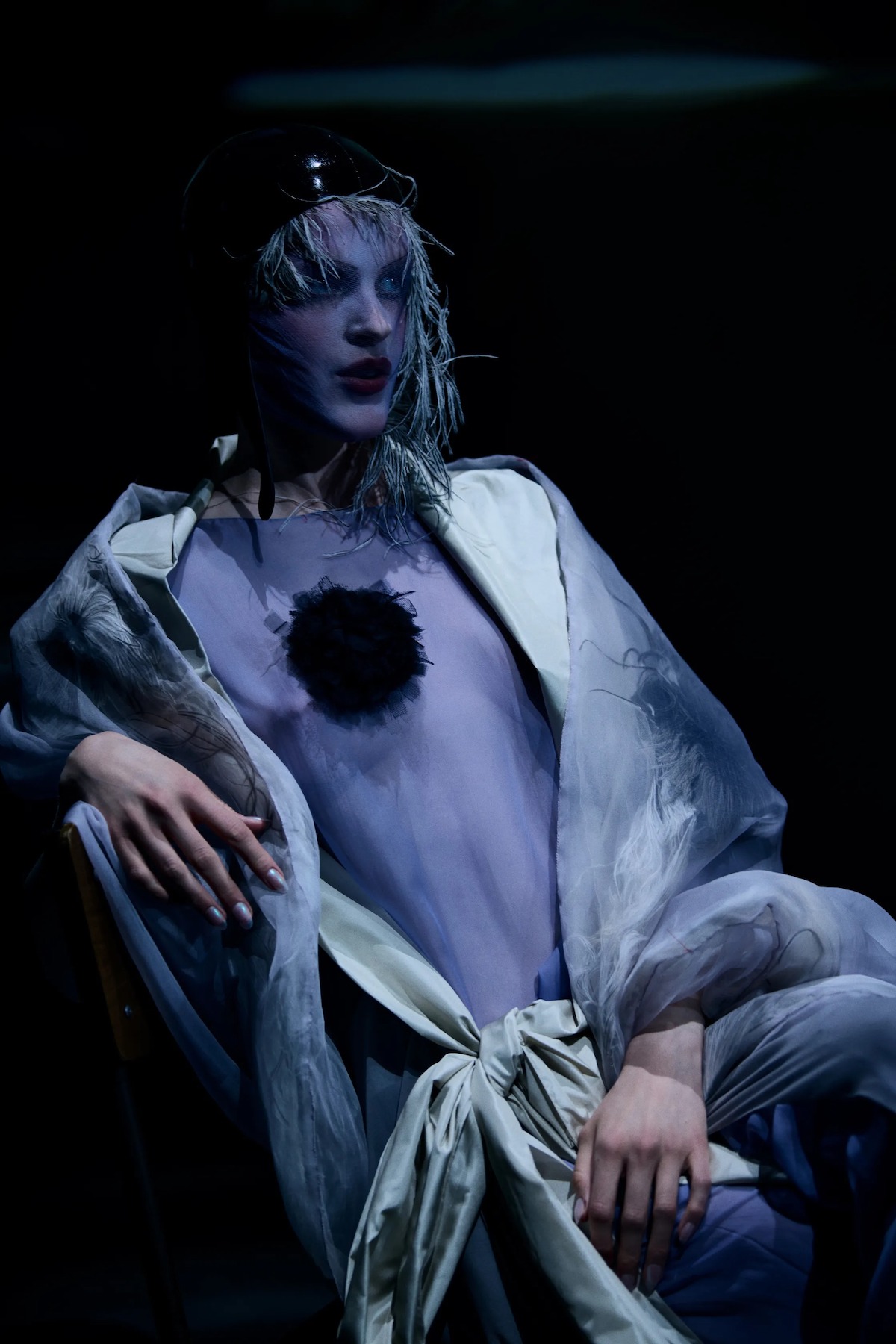