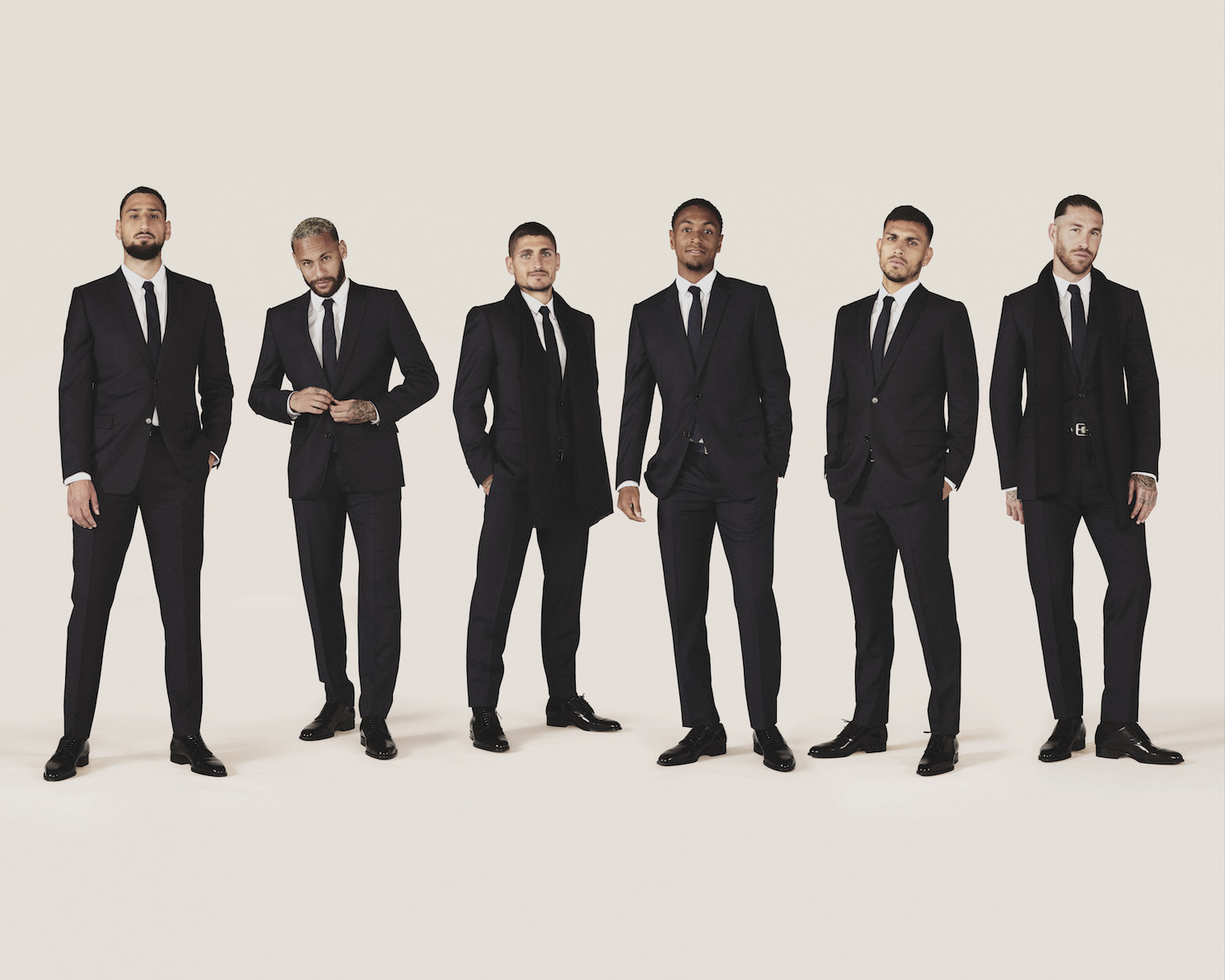 Suddenly, we're football fans. Dior is officially dressing the Paris Saint-Germain team, marking the first time the House has dressed a sporting team. Kim Jones has been hard at work, creating the sleekest uniform for the team's next two seasons. It's a complete wardrobe for the team, with formal and casual looks in tones of classic Dior navy blues and jet blacks. For the formal look, Jones has created a cashmere coat, slick suit and a pair of black leather captoe derbies. The casual look features a Harrington jacket, knitted sweater and polo shirt all embroidered with a Paris Saint-Germain patch and the CD Icon initials. Each player gets their own cashmere scarf, jacquard tie and of course, a saddle bag in black grained calfskin. As they should. A whole lot of Dior-clad hotness. See the team reppin' Dior below.