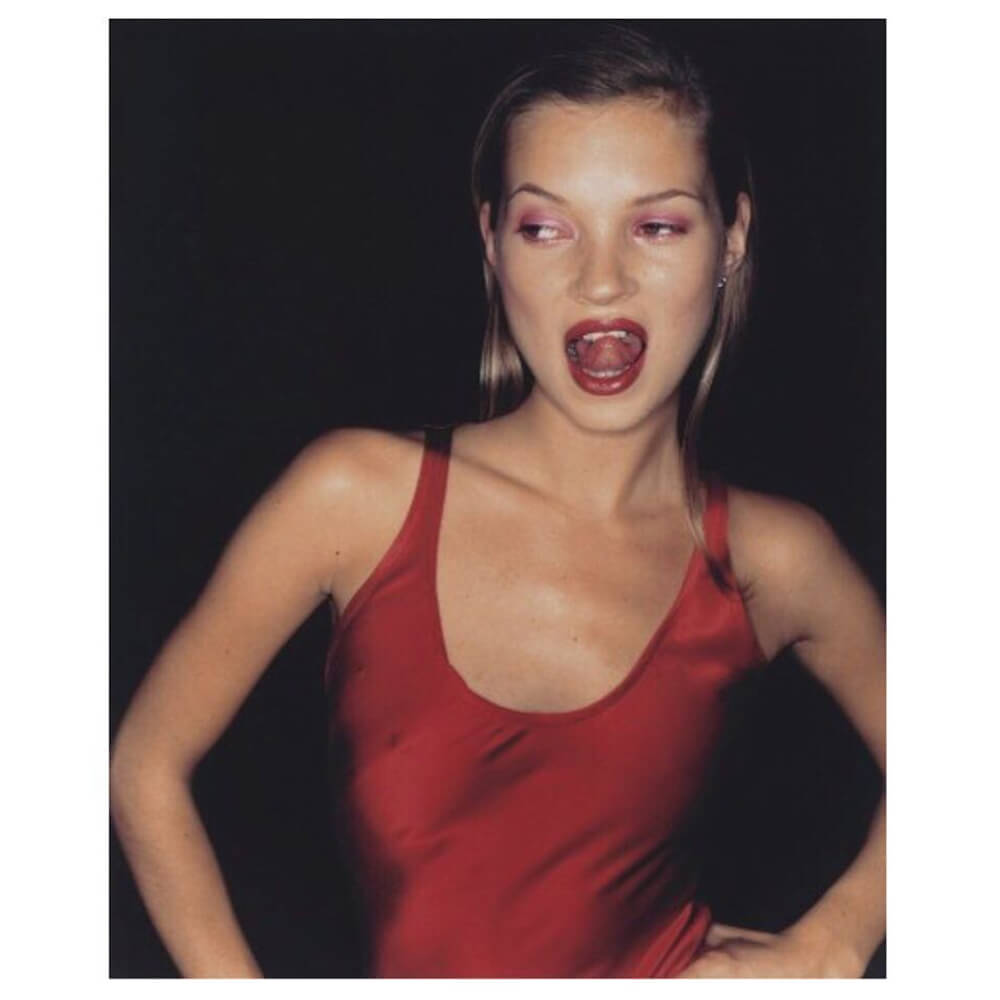 An unlikely friendship; a beautiful bond; a pious meeting of brilliant minds; Moss and Freud is the new inspired biopic dramatising the life of supermodel Kate Moss at the peak of her career alongside the high-octane relationship she gleaned with the late artist Lucian Freud. Though an exact release date is yet to be announced, we know it’ll be coming to the silver screen later this year – BRB currently screaming.

Earlier today, GFC Films revealed that Oscar-winning filmmaker James Lucas is set to direct the film. It’ll be his next feature after British short The Phone Call (2013), starring Sally Hawkins and Jim Broadbent, saw such tremendous success at the Academy Awards. “In many ways, I believe all paths led me to make this film,” Lucas told Screen Daily. “It’s topography, emotional and psychological drama, bohemianism, beauty, characters and artistic process all align with my life and the way I have lived it. So much so, I symbolically began writing the screenplay in Lucian’s studio, the scent of his oil paint still lingering in the air.”

When Moss decided to sit for an 80-year-old Freud at the turn of the millenium, despite the British artists’ reluctance to depict famous subjects (he had previously rejected an offer to paint Princess Diana) it was a choice that profoundly impacted both of their lives. Freud, famed for his mottled depictions of the naked body imagined in a way that resembled melting flesh, felt that glamor was ultimately at odds with his intimate approach to realism. However, there was something about Moss that he found commonality in. From that initial encounter, the duo forged an intimate kinship; so much so that Freud also used the skills he had attained during a stint in the navy to tattoo her lumbar spine with two itty-bitty birds. In 2005, the nude portrait of a then-pregnant Moss sold for almost $5 million dollars (approx. £4 million). “Sitting for Lucian was an honor and incredible experience,” Moss told Variety. “After watching The Phone Call I knew that James would convey the emotion in the storytelling in a fitting way, one this memoir deserves. Having been involved in the project and script development from the beginning I am now very excited to see the film come to life.”

With the support of the Lucian Freud Archive, Moss is taking on the role of executive producer while Matthew Metcalfe – who worked on McLaren (2017) – has been named producer. To add to the milieu, GFC Films has designed the film set largely around Freud’s renowned Holland Park studio in London.