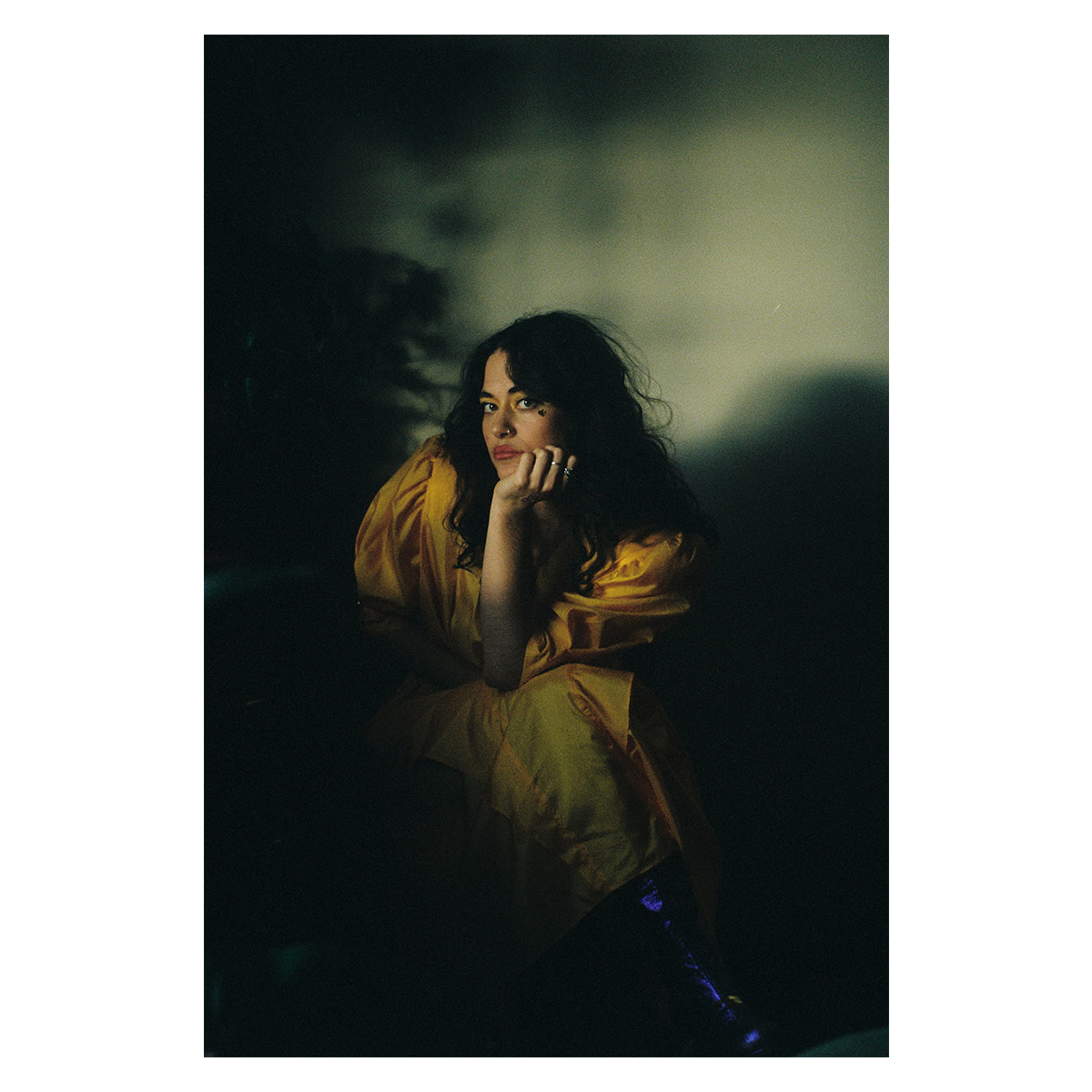 Meet Maple Glider, Ten Towers’ new favourite artist. With one of the best, most hauntingly beautiful voices we’ve heard, Tori Zietsch aka Maple Glider is our one to watch. Radiating good energy, the Melbourne-based artist released her debut album ‘To Enjoy is the Only Thing’ in June, 2021 and is cemented in our Top Ten albums of 2021 so far. We spoke to Zietsch about the record and the evolution of Maple Glider:

We recently discovered your music and we are in awe! Your album is brilliant. Where did you begin with it? What did you hope to convey through this collection of songs? Why the album title?

"Thank you!! I’ve been writing and performing music for years, but I didn’t necessarily feel ready to record an album until I wrote this bunch of songs. I’d been travelling for a while beforehand, and ended up settling in Brighton, UK for a year or so. I read a bit of graffiti near the Pier that said ‘To enjoy is the only thing BTCH$’ and it made me laugh. I had a lot of misplaced energy at the time and I knew I needed to make some changes. This project became a place where I could focus a heap of that energy. I wrote so much music, and I felt really inspired to come back home and record it all. I really didn’t have any wild intentions for the album, but I enjoyed the feeling it gave me to work away on the songs and the sounds and the feeling of it all. It’s so lovely to hear varying interpretations of what the album means to different people, and it’s so special to hear someone say that the album has comforted them in some way."

Is there a song you are most proud of on the album?

"I don’t really know anymore what one of them would be without the other anymore. They all have their homes haha. ‘Friend’ and ‘Mama it’s Christmas’ both took quite a lot of emotional energy to write, and I liked the place that ‘Good Thing’ took me to. ‘Swimming'' and ‘As Tradition’ are both really fun to play with the band. It’s a nice melting feeling."

What did you learn through the process of making this album?

"I think in a way I became way less in my head, and just really sank into being comfortable with myself as a musician. I ended up making something that I felt was really reflective of these parts of me and experiences I’d been holding onto at the time, and it was so special to be able to share that experience with Tom Iansek, who performed on, produced and mixed the album. It was pretty huge to feel the release of so much hard work, which I felt compounded so many years of working towards this one goal of creating an album, and to listen back to this thing we’d made and just let all of those feelings go. There are a huge amount of people that put so much love and work into the whole process, it’s truly incredible to be a part of that."

You have such a beautiful voice. When did you begin singing? Tell us about your musical journey.

"I started singing when I was a kid. I was always singing made up songs to myself in the car. I think I was in grade 3 when I auditioned for choir at school. I sang a song about a gardener. From then on I fantasised about being a musician all through my childhood and into adulthood. I played in cafes and bars from the age of 14 with my highschool band named after Koi fish. I moved interstate a couple of times, and for many years I worked in restaurants and played solo anywhere and everywhere I could, sang on other people’s projects, wrote very prolifically and became pretty much obsessed with music. I ended up in an electronic project for a few years, released an EP, did some tours, and then we went our separate ways. I travelled for a while after and tried to take a break from music but instead wrote a heap of songs. Then I came home and started performing them as Maple Glider, recorded and released ‘To Enjoy is The Only Thing’, and here we are!"

How did your upbringing in Australia influence your sound?

"I find a lot of inspiration being out in nature, and I think having the opportunity to grow up in the country really fuelled the kind of imagery that often comes up in my songwriting. Even now I find I’m most creative when I’ve been able to go out and spend some time in the bush or by the sea. I grew up in a small town, but there were a lot of creative people, and I had access to performance opportunities from a young age which really helped. My high school music teacher was really cool and encouraged me to get my first gig. She has the same birthday as me (May 21), and is an absolute badass. She loved to travel, and she showed me so many amazing female singer-songwriters, Fiona Apple being one of them. My family was very religious at the time, and it was really incredible to have this outlet to just be free to express and perform and let everything out."

Who inspires you musically?

Who would you love to collaborate with?

"I’d love to collaborate with more of my friends actually. There are so many incredible musicians in my city that I know and love. I recently sang some backing vocals on my friend Ruby Gill’s song “You Should Do This For A Living’ with a bunch of other women that I know and love. It was such a beautiful and rich experience, and I felt truly loved/in love and inspired afterwards. It really connected me to my love of music and community. But I also wouldn’t mind doing a song with Patti Smith or PJ Harvey or Kelsey Lu or Dolly Parton or Beverly Glenn Copeland. Lol."

What is something you're passionate about?

"Eating food with friends, bushwalks with my love, competitive board games, wines with mum, piggybacks, swimming in the sea, a good fucking dance, deleting Winter."

"I love sugar gliders..   they are so cute. I wanted to have a project name that felt fun, so I mapled it up."

Where is the ultimate place you’d love for listeners to experience To Enjoy is the Only Thing?

"Somewhere in nature. Driving through the mountains, or by the sea, or at that beautiful time of the afternoon where light floods through the trees and makes everything look really vivid and warm."

"Touring whenever it can happen, recording when I can. It’s Spring time here next week, so I think I’ll put some time into plants."

To Enjoy is the Only Thing is available now on all platforms.