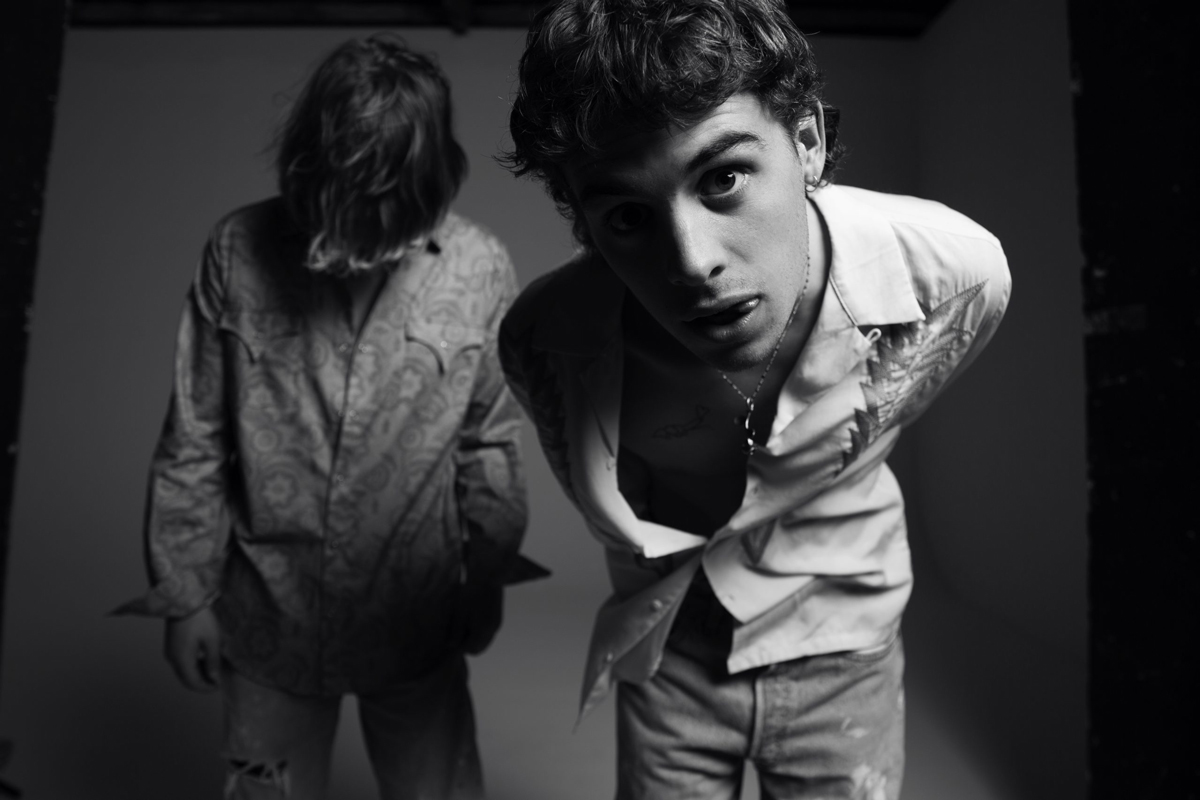 Meet Royel Otis, the new kids on the Bondi block making damn good music. Otis Pavlovic and Royel Maddell met in a Sydney bar before exchanging music and quite simply, joining forces. Their debut EP Campus has arrived and is the perfect summer soundtrack to a post lockdown world: sweet, nostalgic lyrics dance playfully over infectious drums and great guitar riffs. ““When we started the project we wanted to capture that feeling of driving down the coast with the window down and the sun’s out,” says Otis. “A lot of my favourite songs have that nostalgic vibe to them and we wanted to conjure that feeling where memories from your childhood flood back to you.” Mission accomplished. We spoke to the duo about creating their first project together:

Congratulations on the EP! Where is the ultimate place for newcomers to listen to Campus for the first time?

“Thank you :). We like to picture the ultimate place for newcomers would be laying on the hood of a car either in the day or at night by some body of water. Blasting the songs from the car speakers with the doors open.”

Who did you work on the EP with? What did you learn from creating these songs with these people?

“Julian Sudek and Dave Fridmann. We learnt not to over think anything if it felt good. My dear friend Kirin J Callinan popped in for a night which is always an experience. He showed how you can push something to being as completely outrageous as possible then just pick and choose as much or as little from the craziness as you like so just have fun with it.”

Where were you making most of the EP? We’ve seen something about a sunroom and a Bondi studio... do you think these places influenced your sound?

“We wrote most of the EP in my (Roy) sunroom and then took it to Sudek’s home studio in Tamarama. The regular trips to the beach and getting a little sun kissed definitely influenced the sound.”

You met in a Sydney bar. Did you begin by jamming before you decided to join forces?

"With our new found confidence most likely due to the drinks we’d been drinking at the bar we decided to trade songs we had written. This is something I would never usually do. Then instantly wanted to work together though didn’t really jam until we were in the studio recording.”

You’ve worked with Byron Spencer (one of our favourite people). He has brought the Royel Otis universe to life visually - what do you love about working with him? How important are the visuals to you?

“We adore Byron and we love his spontaneity. He was a good friend of ours before we even started working together so it was a fun and comfortable environment. With our short attention span visuals play a huge part. Chris Yee and Andrew Yee have also recently contributed massively with an animation we are smitten with on the track Never Been More Sure.”

Do you guys have a mentor? Who has been guiding you through the process of becoming a band and recording?

“Andrew Klippel is the best mentor. The guy seemingly doesn't sleep and keeps us going. Otherwise I think we just learn a lot from each other.”

Who is on the Royel Otis playlist? Who are some of your musical influences?

Roy: “The Cure for guitar parts and how tasteful they are. Kylie Minogue’s Fever album for everything and Japanese band Chai for overall great sounds and fun vibe.”
Otis: “Miguel, Frank Ocean has really captivating songs without sticking to the generic song structures and The Lazy Eyes.”

Roy: “Vegyn is a British producer who has worked with Frank Ocean. His work is incredible and fresh. I’d also love to work with anyone on an anime soundtrack.”
Otis: “PNAU and Jamie XX for both his work with The XX and solo stuff. His use of samples are always so unexpected yet powerful.”

“Hopefully endless time to continue to make music and work with more and more talented people like those we mentioned above. A bunch of travelling would be nice too :).”