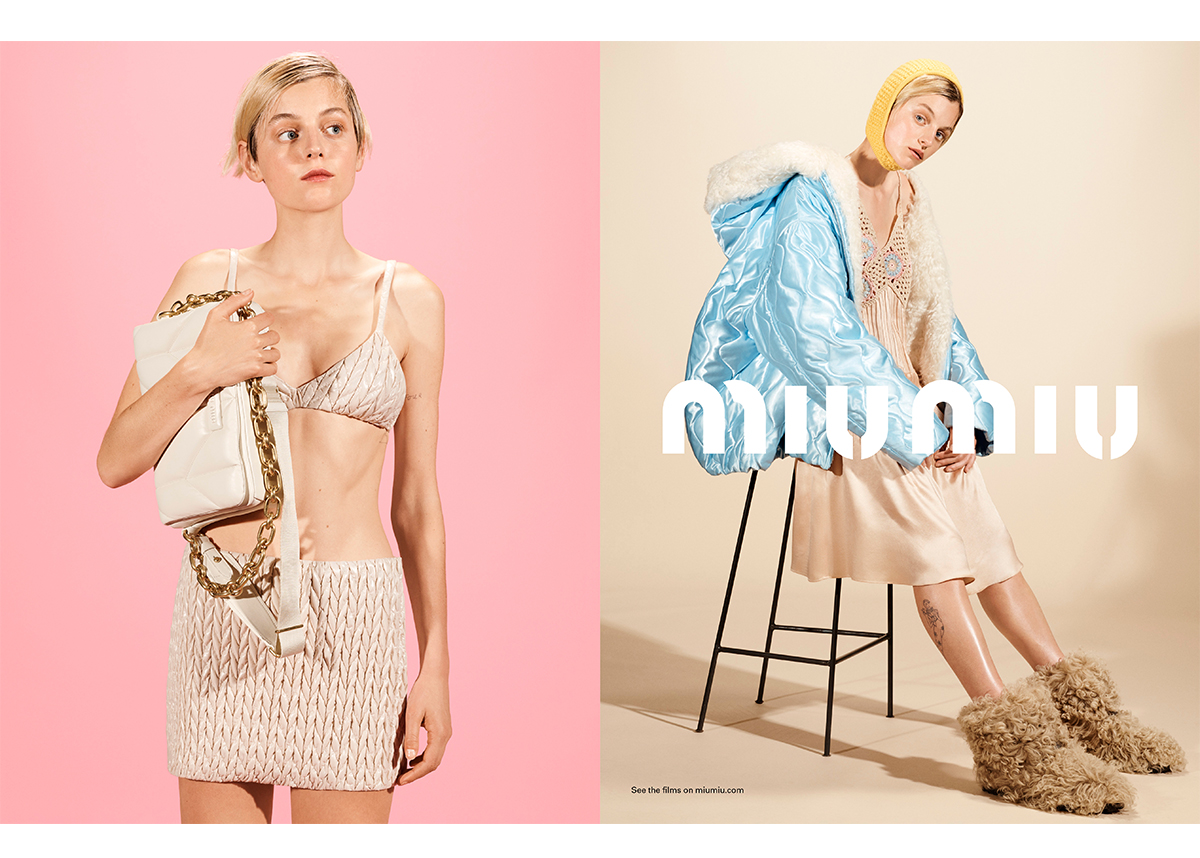 Big news this week for Virgil Abloh. In a deal that supposedly took five minutes to make, LVMH announced on Tuesday that it is set to acquire a 60 per cent stake in Off-White. The world’s richest luxury conglomerate, which also announced last week it was taking a minority stake in Phoebe Philo’s new namesake brand, has also given Abloh a bigger role within LVMH. As well as remaining at the helm of both Off-White and Louis Vuitton menswear, Abloh will work across a range of categories within LVMH, including wine and spirits and hospitality.

Looking to iconic sunglasses styles of the 1930s and ’40s, Giorgio Armani’s new eyewear collection is a modern rendition of the first styles both created and worn by the designer. Made from a finely crafted titanium frame, the oval-shaped sunnies are available in select Armani boutiques worldwide.

Continuing its commitment to freedom of creation and artistic human potential, Chanel has partnered with art galleries around the world to give daring artists the opportunity to thrive. A new film showcases Chanel bringing together museums and galleries from London, New York, Paris, Moscow and Shanghai, offering diverse mentorships for artists and creatives. Watch below and read about the fund here.

The BFC announces the nominees for the changemakers prize

In partnership with Swarovski, today the British Fashion Council announced the launch of a new prize. Set up to “discover and celebrate the unsung stars of the fashion industry who have the ability to ignite dreams”, the Changemakers Prize will award three individuals a mentorship package and a cash prize of £7,500. The inaugural nine nominees include creative and cultural polymath Cozette McCreery, sustainable designers Rahemur Rahman and Patrick McDowell, and hairstylist and maker Cyndia Harvey. The winners will be announced on September 2nd.

We all need a bit of extra shine sometimes, and Dior is making it easy with a new ultra glossy Lady Dior bag. It comes in a shine-tastic, all-black monogram colour scheme and a patent calfskin leather design. Maria Grazia Chiuri has said that it is “the most elegant of colours”, embodying the maison’s savoir-faire with a touch of audacity and shine. Shop here.

Celebrating art and open-mindedness is something that we all wish to commemorate, but Louis Vuitton is taking it one step further with a new playful accessory line. Landing midway between fantasy and elegance, LV has created a variety of colourful pendants and chains accompanied by matching engraved rings. That’s not all. The brand has also revealed a new 1:1 sunglasses design coming in gold and transparent frames and an array of colourful lenses. Explore here.

Rick Owens – AKA the dark lord – is channelling his edgy energy into the world of sneakers by unveiling his new DRKSHDW Converse collaboration. The designer has translated his design approach into a Chuck 70 that he calls “The TURBODARK”. The shoe has been reimagined with an elongated tongue and squared toe box, replacing the classic round tip with a sharper version. The duo will continue to transform classic converse silhouettes throughout 2021. Shop the Rick Owens Chuck 70 on July 27 at select retailers worldwide.

American actor and model Indya Moore believes that unique style has no bounds, and Tommy Hilfiger couldn’t agree more. The pair have collaborated on a capsule collection that digs into Tommy’s archive and reimagines its pieces in order to respect multiple gender expressions. With a range of LGBTQIA+ talent captured in the Bronx, New York, the collection shows no limits. Shop here.

Antwerp’s MoMu fashion museum is back in buisness, baby. After closing in 2018 for renovation works, which were ultimately delayed because of the pandemic, the newly decorated institution re-opens its doors on September 4. To mark the momentous date, Isabella Burley has creatively directed a series of billboards that will be plastered across Antwerp through September. Shot by Hannah Moon, with styling from Agata Belcen, the series sees the likes of Raf Simons, Supriya Lele, Botter, Marine Serre, Glenn Martens and Walter Van Beirendonck all pay tribute to their muses.