OUR GUIDE TO THE MENSWEAR SS23 SHOWS 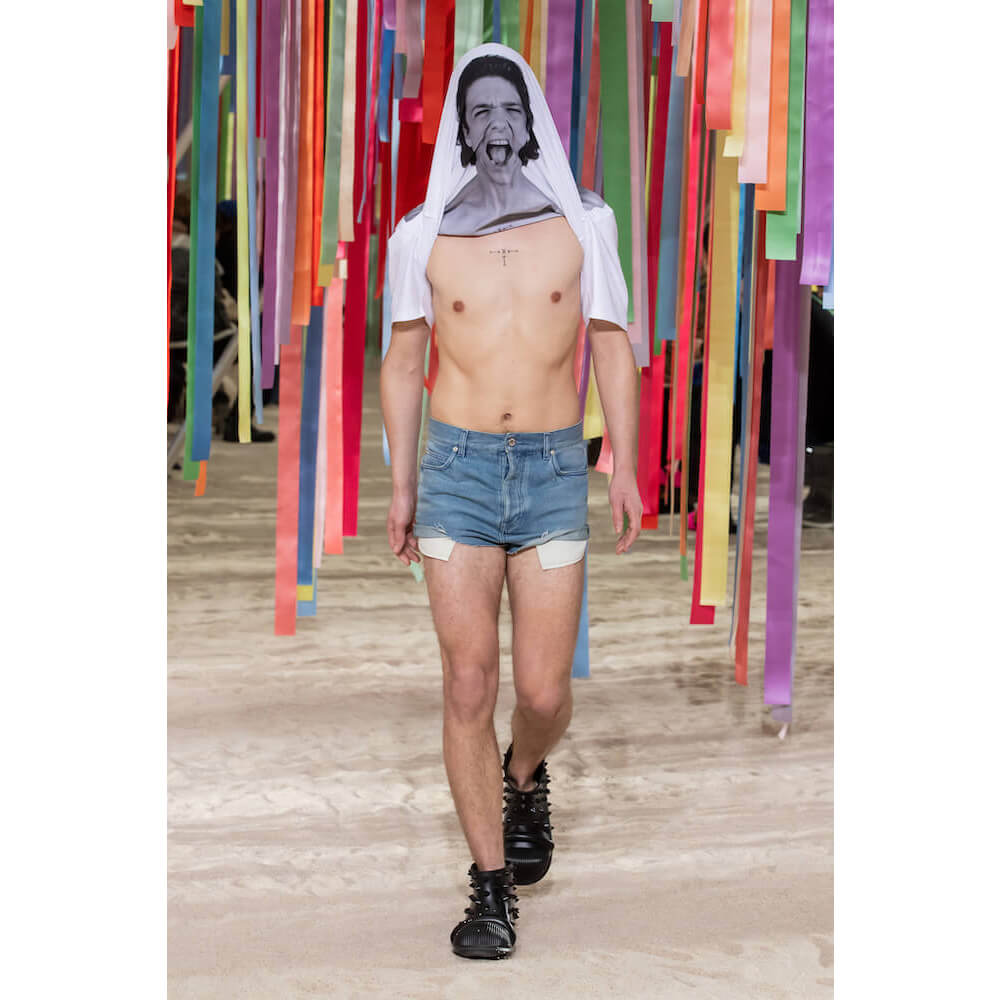 From runways to after-parties, digital shows to immersive exhibitions, some of the best brands on the menswear scene are back for some long overdue fashion shenanigans. Back in January, Omicron was still on the rise, keeping the social-distancing tensions high as the fashion pack descended on our most fashionable capitals. But that’s exactly why it’s so exciting to see it all coming back into unadulterated commission. From Issey Miyake’s return to Paris and Versace’s first menswear show IRL since 2020, to Wales Bonner’s guest show at Pitti Uomo, this June is shaping up to be pretty spectacular. Keep on reading for the full men’s fashion lowdown before it all kicks off.

London Men’s Fashion Week will set fashion month in motion from June 11-13 both online and IRL. With a relatively small schedule in comparison to other cities, some of London’s most visionary talents are about to make a big splash. Expect a seriously talented designer cohort to come to the fore, such as award-winning Ahluwalia, Irish-born Robyn Lynch, and Labrum London, who is set to impress with dandified suiting and slick sportswear. Plus, AGR Knit makes its LFW debut, Martine Rose is set to dazzle with an off-schedule showcase Sunday evening, and International Woolmark Prize-winner, Saul Nash, will be releasing his SS23 collection digitally. Don’t miss the full LFW schedule here.

From June 13 to 16, the biannual Pitti Uomo Trade Show will be back in full swing. Most notably, Wales Bonner has been honoured with the prestigious position of Menswear Guest Designer for this season, marking the brand’s first catwalk show outside of London. The immersive experience we’re expecting from the designer is Wales Bonner’s first physical catwalk in over two years.

Elsewhere, Ann Demeulemeester is Pitti’s Guest of Honour for 2022, celebrating 40 years of brilliant design after the brand was forced to pull its Pitti debut back in January in the face of Omicron. We’re also eager to see what luscious cashmere and virgin wool knits Brunello Cucinelli has to offer during its two-day celebration of a brand new store in Florence, alongside the unveiling of the brand’s SS23 collection. Check out the full Pitti Uomo schedule here.

Like London, the Camera Nazionale della Moda Italiana has adopted a hybrid schedule for its menswear shows, from Friday, June 17 through to Tuesday, June 21, with Charles Jeffrey Loverboy closing out the festivities with a digital show and its first presentation beyond UK borders. As well, Versace and Moschino are also set to stage their first menswear catwalks since 2020.

If you were disappointed to hear the news that JW Anderson cancelled his scheduled MFW debut in January, alas there is no need to fret! On the schedule once again, Anderson will be showing in Italy for the first time ever. Meanwhile, JordanLuca is returning to Milan for a second season and Gucci has a tight-under wraps project debuting Monday.

As per typical Milan, we can expect to see serious fashions from the masters of Milanese design, with both Emporio Armani and Giorgio Armani, Dsquared2, Fendi, MSGM, Prada and Zegna all set to show. Download the full MFW schedule here.

From  June 21-26, Paris will be abuzz with a wealth of shows. Having just announced its provisional schedule, La Fédération de la Haute Couture et de la Mode has us prepared for a marquee of big hitters. Kicking off the week, Bianca Saunders is on the schedule again for a second season, while Thom Browne returns to the city of love after two co-ed extravaganzas in NYC.

What’s more, Craig Green is returning to the Paris after showing in the city once before Covid struck, and Kiko Kostadinov will also be in Paris for the second time, holding its first menswear show since the pesky pandemic began.

Also worth getting excited about, the Japanese brands are back in town. For the first time since the Covid-19 began, Junya Watanabe, Comme des Garçons and Issey Miyake – hooray! After a stellar debut last season, Kenzo will be back for its sophomore collection under the creative direction of Nigo, and Marine Serre, will be staging its first solo menswear show, which is open to the public to attend.

As always with Paris, expect talked-about moments from the likes of Rick Owens, Wooyoungmi and Y/Project, as well as showstoppers from fashion’s biggest players, including Louis Vuitton, Dior, Loewe and Hermès. Have a look at the full PFW schedule here.