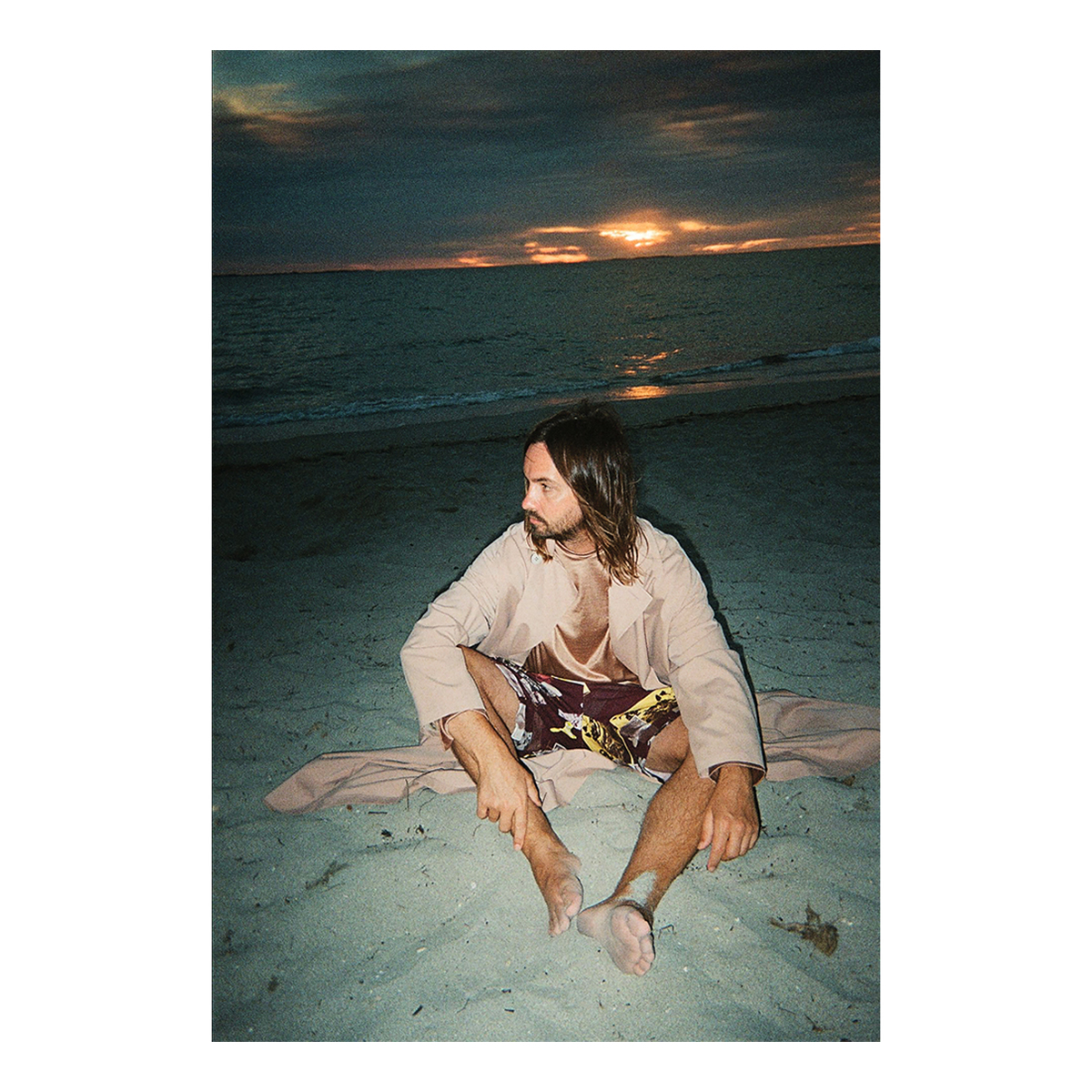 In February 2020, Tame Impala’s fourth studio album, The Slow Rush, was released. It acted almost as a prophecy for the past 12 months. On the first track, One More Year, Kevin Parker sings: “But now I worry our horizons bear nothing new / ’Cause I get this feeling and maybe you get it too / We’re on a rollercoaster, stuck on its loop-de-loop / ’Cause what we did one day on a whim / Has slowly become all we do… “

Life, it seems, does imitate art. Parker’s power. “The last show we played was in LA at the Forum,” he tells me from Perth. “It was weird because coronavirus was starting to become ‘a thing’. A few days later it all blew up. The first song in the set was ‘One More Year’, and it was strange singing those lyrics to people, because everyone was like, ‘What the fuck’s going to happen? Where are we going to be?’ I saw a comment on Instagram – someone posted a picture from the show and they wrote, ‘Man doing stuff really went out with a bang’.” He laughs.

One year on from The Slow Rush – which received two Grammy nominations (the awards had not happened at the time of writing) and won five Aria Awards – Parker is back living in his hometown, with his wife Sophie Lawrence Parker, and when we get on the call, he has just returned from the beach. It’s the lifestyle you’d hope the guy behind the Australian psychedelic, brilliantly layered musical project Tame Impala would be living. The producer, singer, songwriter and multi-instrumentalist, who writes, performs, records and produces its music, began learning to play the drums – the core element of Tame Impala – at 11. He played in high-school bands before he was old enough to play in bars, and then it got serious. He dropped out of studying astronomy at university when he was offered a record deal.

So, how does it feel to be back in Perth and forced to lock down in the place he grew up? “Being at home all the time made me want to be organised for the first time in my life. I’ve gone through my old stuff, found instruments and clothing. There are boxes from 10 years ago, from when we were first starting out. I’ve found this little digital multi-track recorder that I used to record all my music on, and I haven’t held it in my hands since before we got a record deal. It was really emotional. That’s what I’m referring to when I call myself a nostalgia addict, that rush of the past. That instant version of who you used to be.”

Parker is making music using “whatever’s around. On one side I’m a gear nerd, so I’ll try to find new things, but then there’s the other side of me where I’ll just use whatever’s sitting there.” His music-making process is physically the same as it has always been, only with more electronics than just over a decade ago. “I used to be a rock kid. I grew up on strictly rock music, even though I had this curiosity for dance music and electronic music. So I never really thought I’d be making music influenced by dance music and just electronic sampled kind of stuff. I’m so much more open these days.”

Over the past few years, Parker, who works in a mostly solitary space, has delved into the high-powered world of collaborations, working with artists including Lady Gaga and Kanye West. The most revolutionary for Parker has been Travis Scott. “It was probably the [collaboration] that changed the way I approach music the most, vibe-wise. Being in the studio with Travis for hours late at night made me realise, ‘Oh this is how you make awesome music.’” Could a Tame Impala collaboration album be on the cards? “It’s obviously something I’ve thought about. There are parts of my creativity that I can only really access when I’m by myself. But then a lot of these collaborative experiences have made me long to be the ringleader. When an artist invites people to collaborate, it’s like an open forum. Sometimes it makes me long for that myself. But at the end of the day I like to think there are so many possibilities for making music for myself, it doesn’t just have to be Tame Impala.”

The kaleidoscopic world of Tame Impala is one that transports you to another realm, vibrates through the body, takes you on a trip. Watching Parker and his band live is sonically thrilling, visually hypnotic. “Visuals are so important to me. An album cover – I’ll gladly spend equal amounts of time getting that right. Equal to the music. Video clips, not so much. I’ve always had a weird relationship with them. When I listen to my favourite old songs, the visual that goes along is just wherever I was in life at that time. Obviously it’s different for a live song. With a live show, you just want to blow people’s minds and put the most psychedelic shit up there.”

The album artwork for each Tame Impala project always feels so right – for The Slow Rush, there is something ethereally eerie, an otherworldly influx of soft sand through a window, which happens to be in an abandoned town in Namibia. “The album has a strong theme of time passing and us experiencing time. It’s no coincidence that I was obsessed with pictures of abandoned places, where it looks like something was totally happening and humans have used it and had a great time there, or lived in a place and suddenly it’s completely desolate,” he says. “I came across a picture of this town in Namibia that’s in the desert. It used to be a diamond-mining town. Sand blows through the windows in the most amazing forms. So much so that it looks like liquid coming in the window. You couldn’t tell if it was happening in real time or if it had been a hundred years. It looked like both at the same time. I was like, ‘We have to go there. One of these rooms has to be the album cover.’”

Parker sits on the sand in Perth, photographed for this story by his wife, who at the time was just shy of nine months’ pregnant. “We work together a lot. She has such a great eye for things and a great sense for good shit, whether it’s music or visuals. She loves disposable cameras – she’s had one going since she was a teenager, taking pictures of her friends. She loves the idea that, one day, we will have boxes of disposable pics.”

The concept of time passing is not only evident in The Slow Rush, but also in the way Parker frames his thoughts about life. I ask him what the best moments have been since releasing the first Tame Impala studio album, Innerspeaker. “Fuck! I’ve had a lot of great moments. When we were at Glastonbury we played on a Friday, so we had the rest of the weekend to go wild. We were watching Chemical Brothers, and it was just like this really warm, magical moment, because I was with people I loved – my friends, my wife. We all felt the same, that whole weekend was just like Utopia. We didn’t get an opportunity to talk about how great Chemical Brothers were, but a few weeks later we were like, ‘Guys, how fucking good were the Chemical Brothers?!’ My life peaked at that moment. No pun intended.”

Ah yes, doing stuff really went out with a bang. And for the next decade? “I don’t know, but I’m excited. I think getting the album out was a big thing – I felt like I couldn’t do anything else until I finished that album.” Does he feel pressure? “Of course. But I always feel pressure – I put pressure on myself. That will never go away but that’s something I realised at the time, making that album. I’m never not going to feel pressure, but that’s good. If you don’t feel pressure to do something good or you’re not able to express yourself under pressure, then you’re dead.” So, to put him under pressure, I ask what a Tame Impala song called ‘No Place Like Home’ would sound like. He laughs. “My first country song ever – I definitely hear banjos.” Would he delve into country music? “It’s definitely not toward the top of the list, but I do love doing new things and I love a challenge. At the rate I’m doing collabs these days… ”