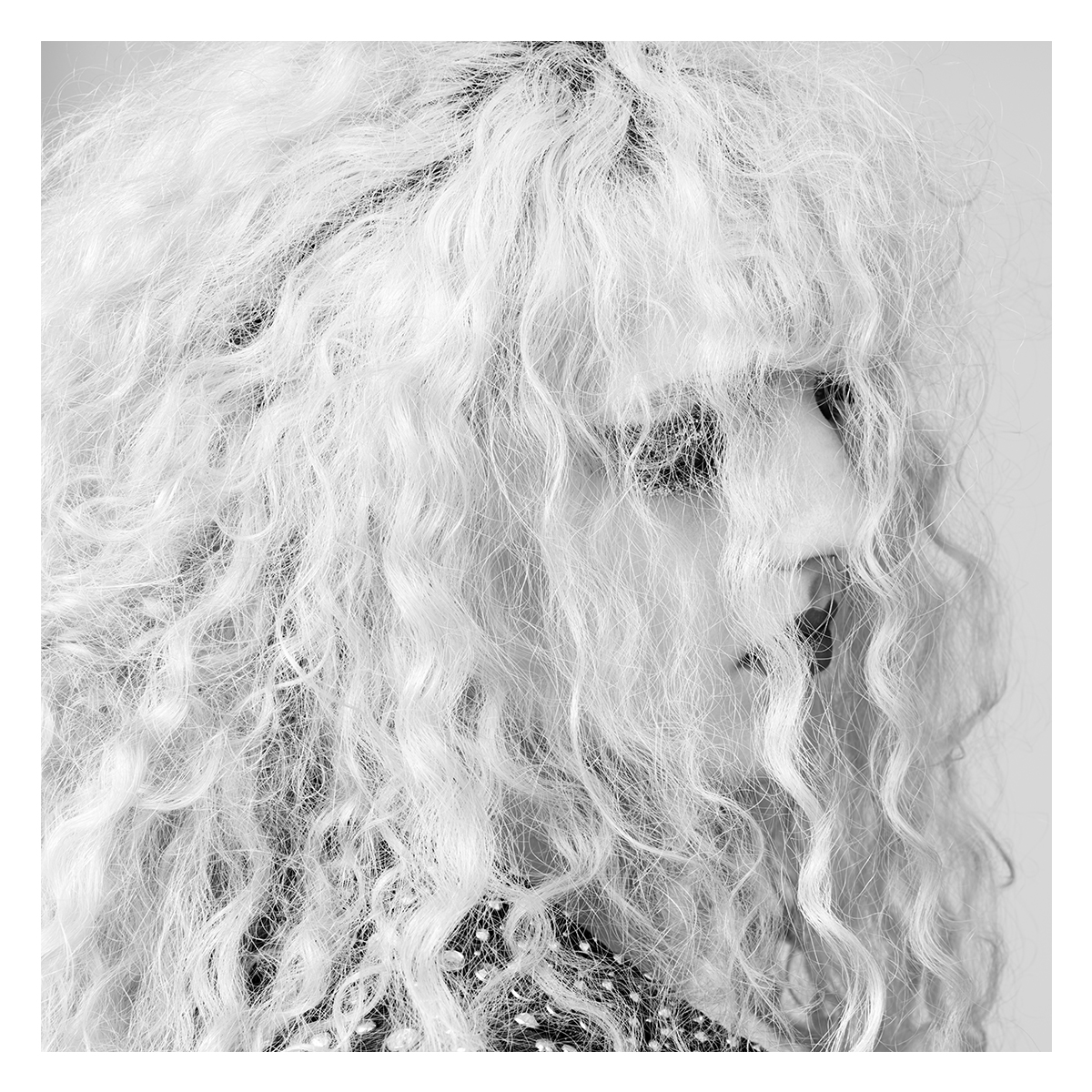 Izzy Camina is the voice and sound behind Celine’s latest menswear show film, Cosmic Cruiser. Her single UP N DOWN was the perfect match for Hedi Slimane’s slick, fast paced show. We spoke to the artist about the track and entering the world of Celine:

‍We love your soundtrack for the Celine film. How did this collaboration with Hedi come about?

"Thanks! Someone close to Hedi found UP N DOWN on Spotify, and he thought it would suit the collection. It was very simple!"

What was the process when you created UP N DOWN?

"The track that I sang on was super simple, just a four bar loop of the bass, kick and snare. Some words I had written in my notes app, like “eclipse”, but the full lyrics just came about in the moment - a sort of feedback loop, with each line of lyric following the mood established by the previous line."

Music is such an important part of every fashion show and film. How did you want the sound to make the audience feel?

"I wanted the sound to compliment the clothing, to contribute to the collection, and not distract from it. There needs to be a symbiotic relationship between the music and the clothing."

Your sound and Celine’s vibe seem like the perfect collaboration. What do you love about Celine?

‍“The fact that Hedi has made it invariably cool, with each show and collection. The menswear is beautiful and unafraid. It's classic but also experimental and free. It’s hard to put into words.”

‍Tell us a little bit about yourself. You were born in LA, how did that influence you and your sound? Where are you based now?

‍“I was indeed born in Los Angeles! My family left Venice Beach when I was 6, and I subsequently started elementary school in New Jersey. My hometown is only 30 minutes from Manhattan, so I usually say “New Jersey, by New York City” to help place it on a map. After high school, I spent my savings on a move to Hackney, where my father was born. With that being said, I’ve had the privilege of exposure to three major metropolises in my youth - Los Angeles, New York, and London. My parents were very into rock and roll, and all of their friends were characters - punks, rockabilly types etc. High school in Jersey consisted of basement shows and Jersey club nights in Newark, kind of skeevy uncool raves in Brooklyn, etc. London exposed me to higher caliber electronic music and good quality raves. Right now, I'm in the mountains of central California.”

We love your voice. How long have you been creating music?

‍“Thank you! When I auditioned for my high school choir senior year, I totally choked and ran out of the room crying. With that being said, I couldn’t properly sing in front of anyone until about 4 years ago. I’ve been hearing music in my head since I was a kid, but never had the tools to create it, even though my parents were very into underground music. It wasn’t until I discovered composition through drawing in midi on a DAW, that the floodgates opened. It really changed my life.”

Who are some of your favourite producers and artists? Influences? Inspiration?

‍“In college, Gesaffelstein was a huge influence, as well as the Hacker, Maelstrom, Djedjotronic, Louisahhh, Miss Kittin, Schwefelgelb, etc. I was a kid from New Jersey who didn’t know shit about French techno or anything like that, so it was super novel to me. In terms of inspiration, my favorite producer is probably Arca. I also find myself looking up to women that I perceive as authentic and genuine, no matter the genre, like Siouxsie Sioux and Sade. I really hate manufactured shit. Anyways, the new unreleased stuff feels like 80s goth, trance, post punk, and techno through a girly synth-pop lens, so my influences are all over the place."

‍“My last project 'Nihilist in the Club' dropped right before the pandemic hit, so it's time for something new. This new EP will be much cooler, in my opinion.”