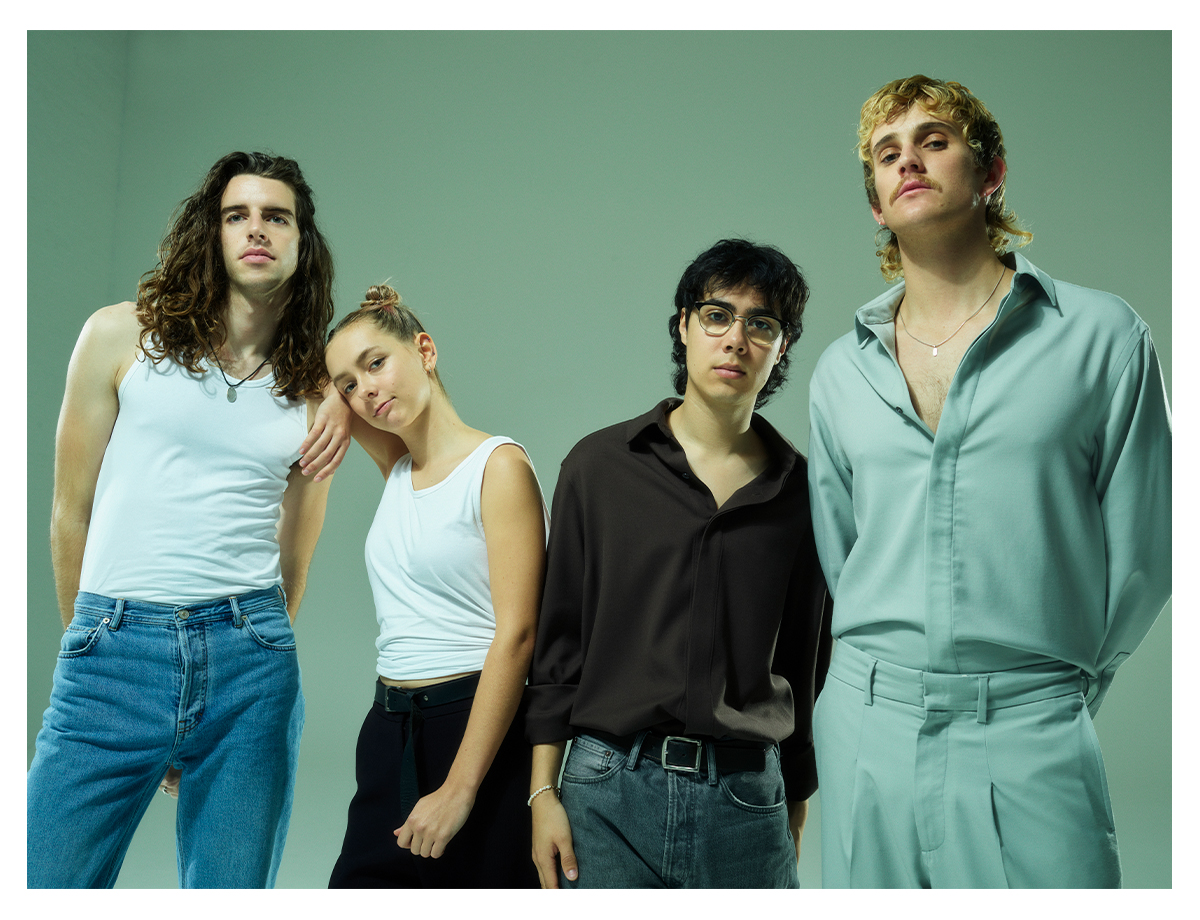 It's Spacey day. The four-piece band from Fremantle are back with the second album after the wild success of their debut in 2020. Here Comes Everybody solidifies Spacey Jane's brilliance. Created over the last two years on the east and west coasts of Australia, the new record feels like an old friend. Working with Dave Parkin in their native Western Australia and pop-heavy producer Konstantin Kersting on the Gold Coast, vocalist and guitarist Caleb Harper says, "we felt like we unlocked all these hacks and secrets to writing music". Yes, Spacey Jane have hacked making a perfect album, infused with nostalgic instrumentals, relatable lyrics and instilled with a sense of hopefulness. "I want it to be a guide to the experiences that are coming for those entering the period of life I’m leaving,” vocalist and guitarist Caleb Harper says of the new album. “Our first record discussed personal experiences of mine and it was a blessing to see how many people related to those stories,” he adds, but hopes for the band's sophomore album to be “for youth persevering and thriving emotionally under the weight of our generational burden,” citing COVID and climate change. We spoke to Caleb about the creative process for Here Comes Everybody:

‍You’ve achieved such incredible success so quickly. How are you feeling in the countdown to your sophomore album release? How are you preparing?

"Nervous and of course, excited! It’s different releasing something when there’s a sense of expectation. With our first record it felt like people didn’t really know us and there was a freedom in that."

We really, really love this album. Congratulations. It feels so infused with nostalgia but also ready to become the soundtrack to our lives right now. What were you thinking about while writing this album?
"Thank you so much! I started writing it in the early stages of covid, initially it came from a place of anxiety about the future of music and the band.  As the writing progressed I tried to reflect on the period of my life that I’d just come out of – all the fun of the early 20’s. I came to this realisation that maybe that period of my life, and many other people’s lives, is really not as amazing as everyone wants to pretend and coming to terms with that can be liberating."

You worked with some great producers on both sides of the country to create the album. How did you feel creating on the other side of Australia? Did it inspire you in new ways?

"It was amazing. Ashton and I were locked into a little recording bubble for three weeks and in Brisbane and it really allowed us to live inside the record if that makes sense. Life became about making a record and nothing else and it was very inspiring for us all."

How has your songwriting and overall sound evolved since Sunlight?

"It’s hard to answer that when it still feels so fresh in my mind. I think the biggest change is that the new record feels cleaner and more intentional.  We had more time to consider every part of the record and I think that resulted in more space and better parts."

Were you listening to other music while creating the album? Who sonically inspires Spacey Jane?

"Yeah, we’re always listening to lots of music. "Personally, I was listening to Phoebe Bridgers and Hovvdy almost nonstop. I always want to feel something deeply in the music I listen to and both of those artists make really emotive music."

There are a few comments on your YouTube videos which all read along the lines of ‘Spacey Jane literally can’t make a bad song’ which we heavily agree with. What is the secret to the relatability and sonic pull that you create with your music?‍

"Chuffed! I have no idea what it is but we just try to make the best music we can and we’re so grateful that people love it as much as they do."‍

Which song are you most excited for people to hear? Why?‍

"My fav on the record is ‘It’s Been a Long Day’. I love the final chorus and outro, it feels so euphoric to me, we spent a lot of time trying to get this song right and I’m proud of what we achieved."‍

Perfect place/space for a Spacey fan to listen to the new album? And how do you hope they feel listening to this project?‍

"The best place to listen to any music (in my opinion) is in the car, so I’ll apply that to our record as well. But really, the goal is to make music that connects uniquely to each person no matter where they are and what they’re going through. If someone hears and feels something completely different to me then I’m ok with that.‍

"Lots of touring and more writing!  We’ll be seeing our friends on the east coast and beyond very soon :)."

Listen to 'Here Comes Everybody' HERE.