Prada day is always a highlight of Milan, this season especially so. It was the first IRL Prada show since the pandemic and the first Mrs Prada/Raf show held in front of an audience. It was also the first-ever live show to happen simultaneously on two continents. A twin catwalk was put on in Shanghai, with synchronised models, wearing the same looks stepping onto the catwalk at the same time – a gesture said the designers to celebrate the idea of community and bringing people together.

In Milan, we perched on islands of grey plinths that looked like an abstract cityscape. As the models walked by, their counterparts in Shanghai were shown on multiple screens dotted around the space.

The Prada/Simons era has been characterised by concise fashion messages, focused on key pieces and this season was no different. Minimalist satin mini-skirts with trailing tails, like abstracted trains, were worn with oversize leather blazers or knits with incorporated corsetry details. Satin column dresses were prim at the front but slit to the top of the thigh, at the back and jackets were fastened with corset lacing.

The pair said they had been looking at how femininity and womanhood had been distilled historically in fashion. “We thought of words like elegant — but this feels so old-fashioned. Really, it’s about a language of seduction that always leads back to the body,” said Prada in her notes.

Simons explained their focus on specific times saying, “These things that are historically beautiful — they are interesting, but we want to disturb them. An evening gown, however beautiful, feels like such an irreality.” Their intention, he said was “to make them feel relevant for the 21st century, for women now. We want to enjoy beauty, but in a way that is not about the past. It is about today. These clothes can become complicated: evening dresses, historical costume. We wanted to make it uncomplicated, easy. That feels modern.” That it did. And sexy too. We were seduced. 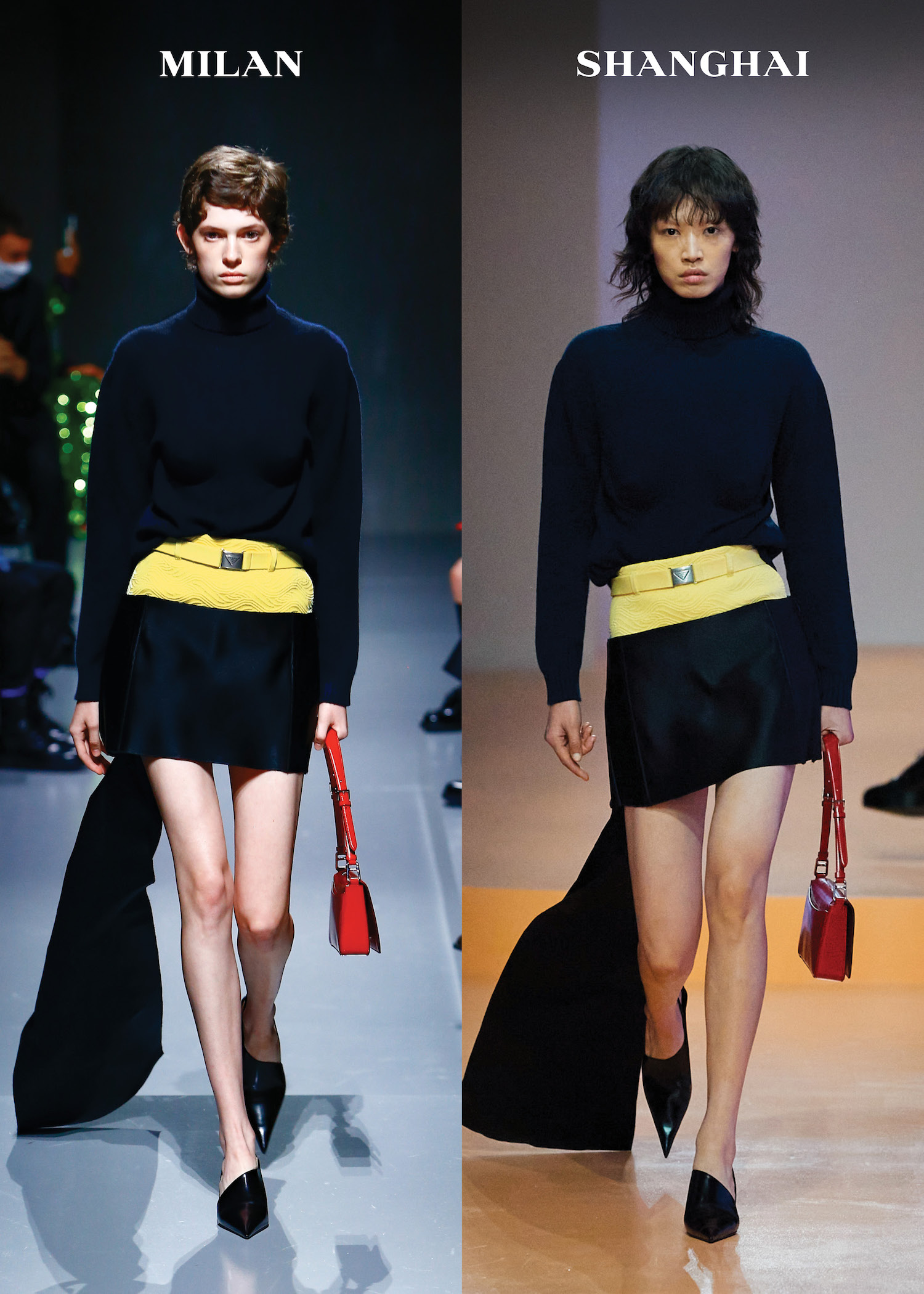 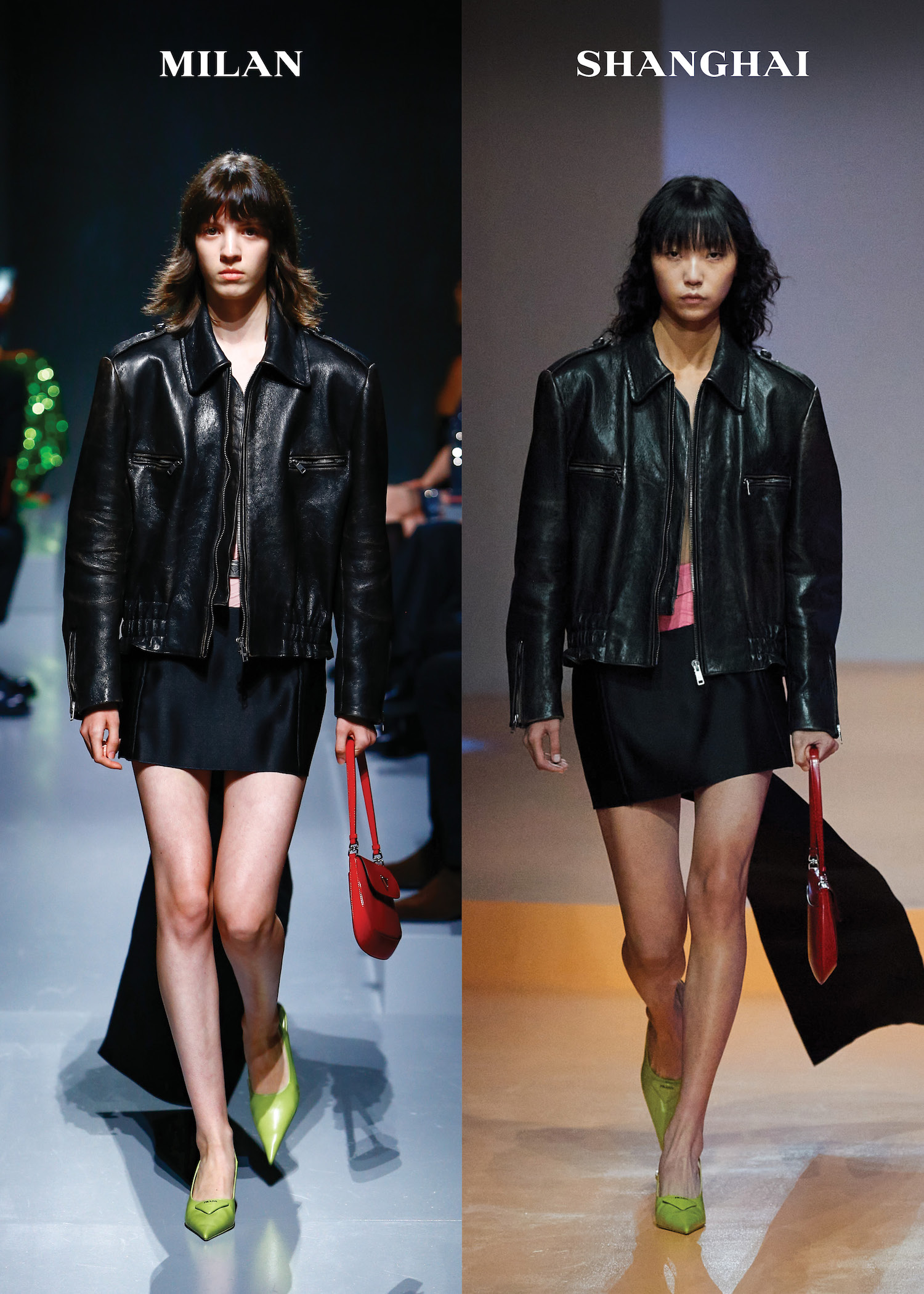 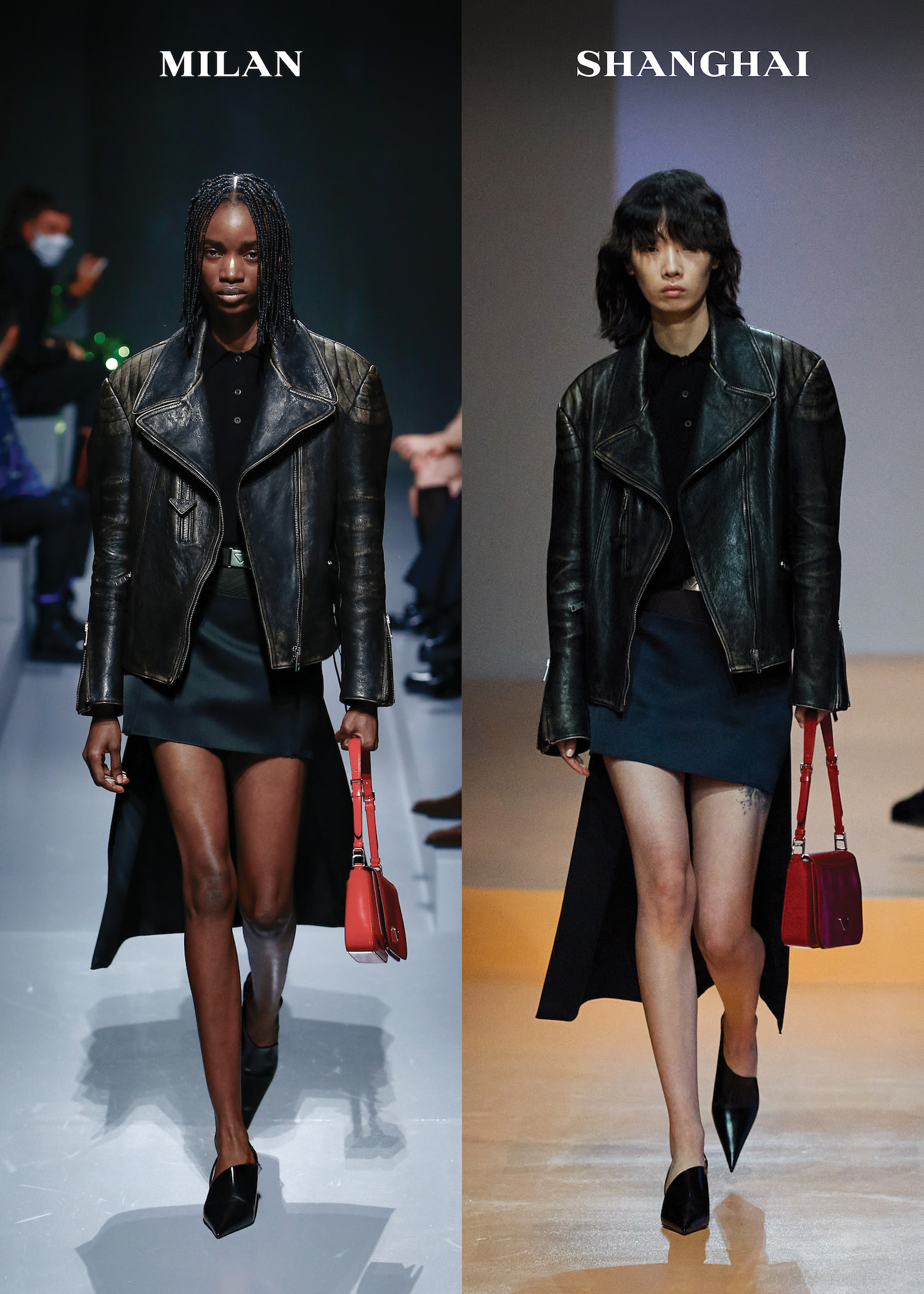 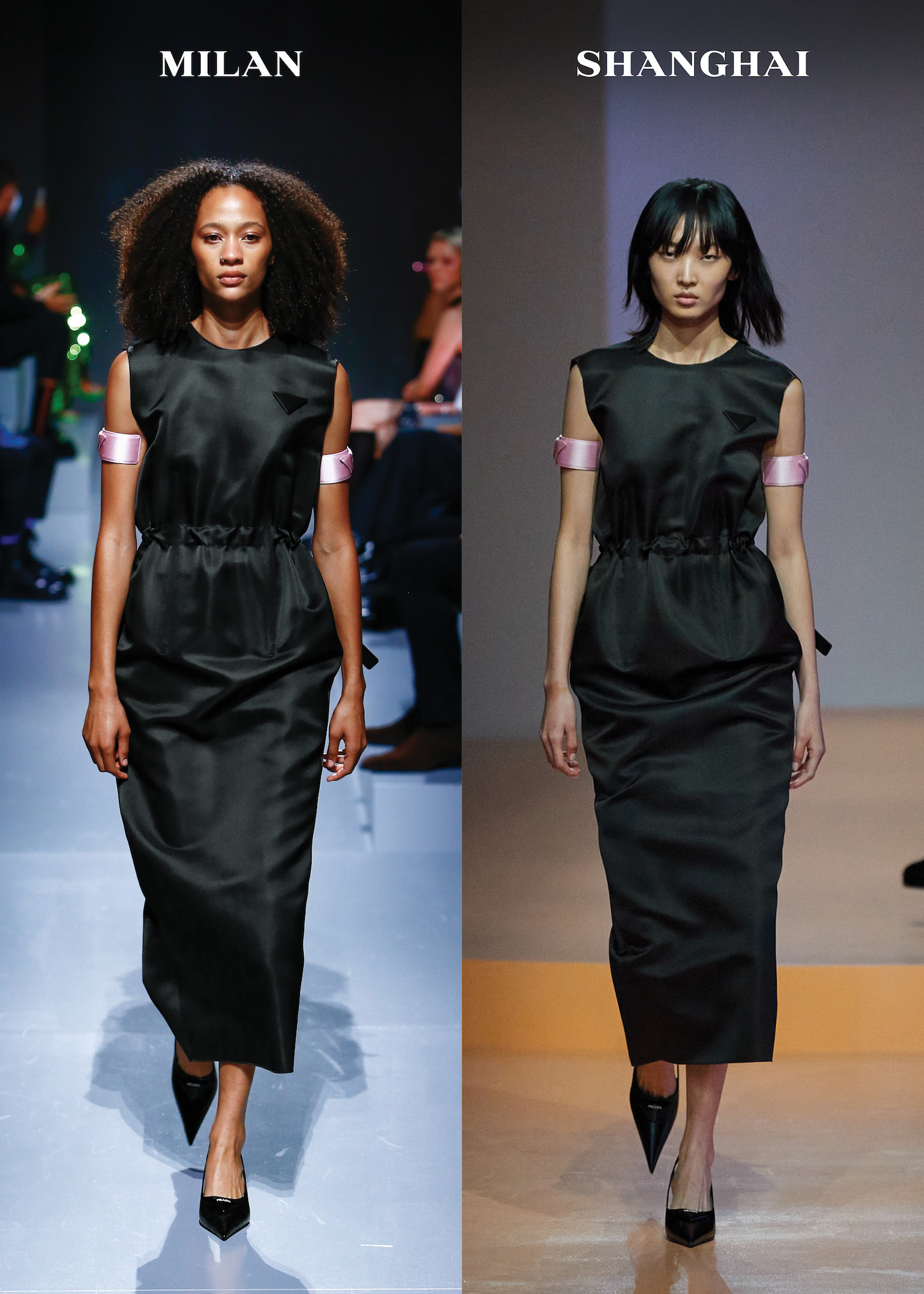 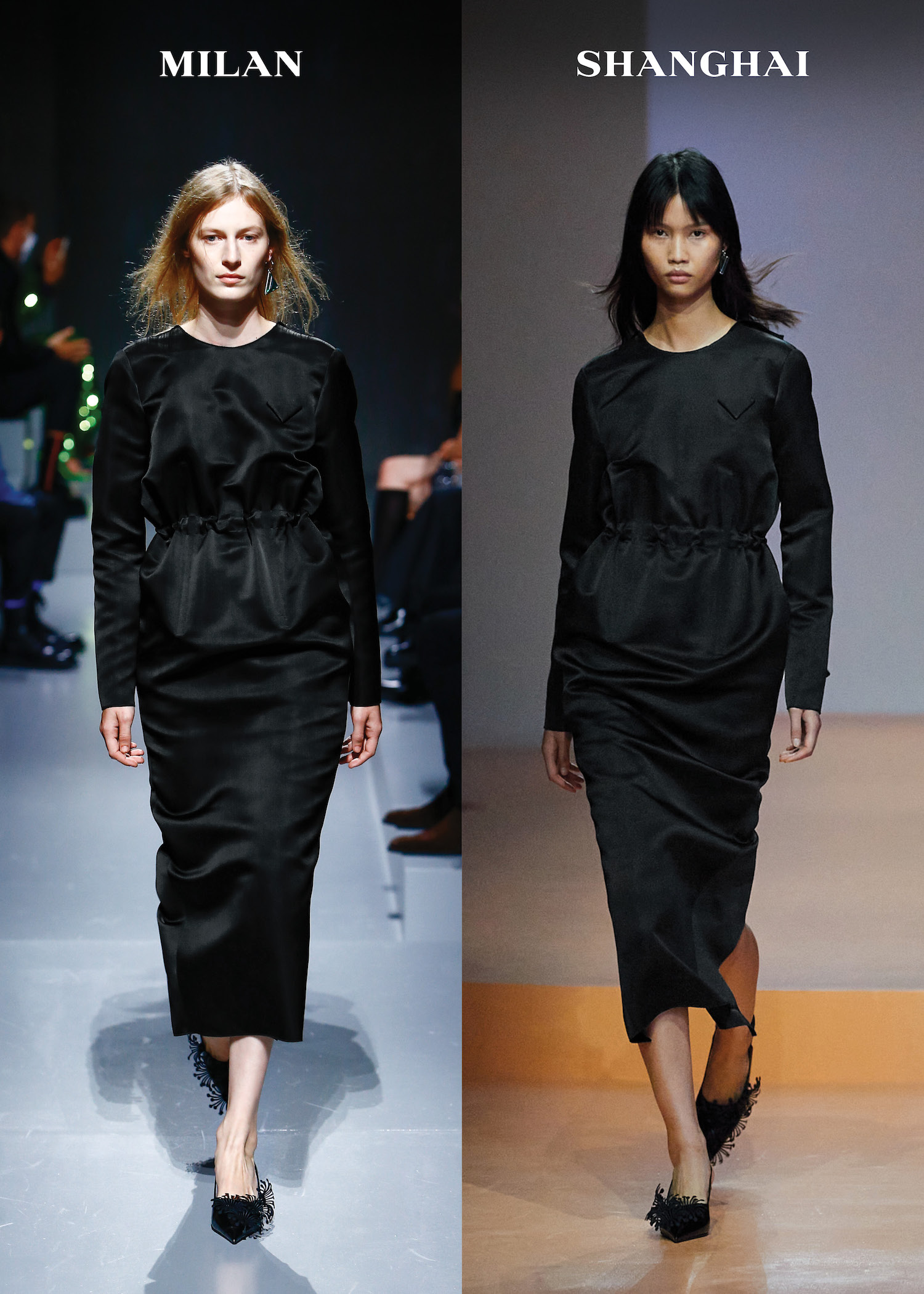 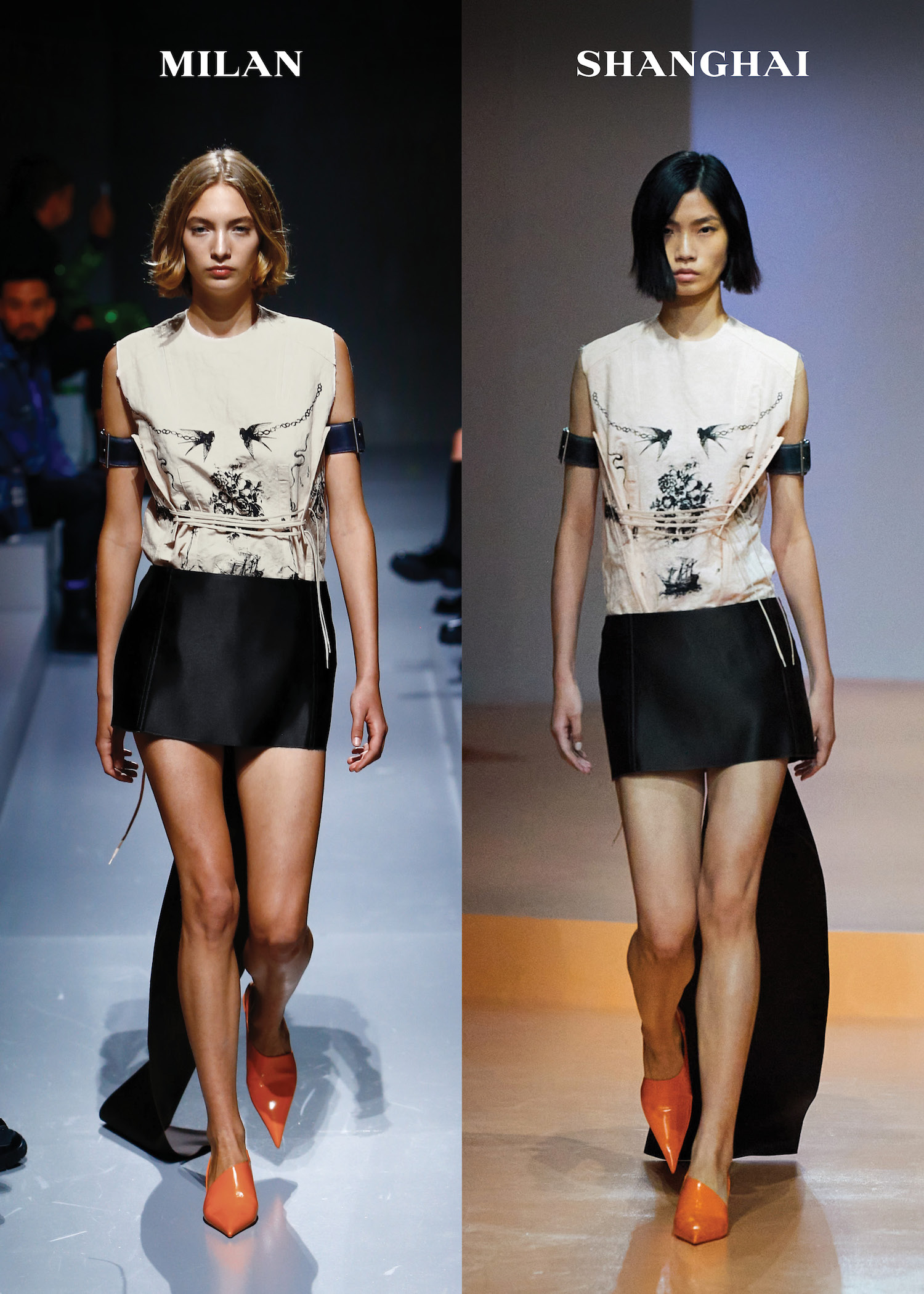 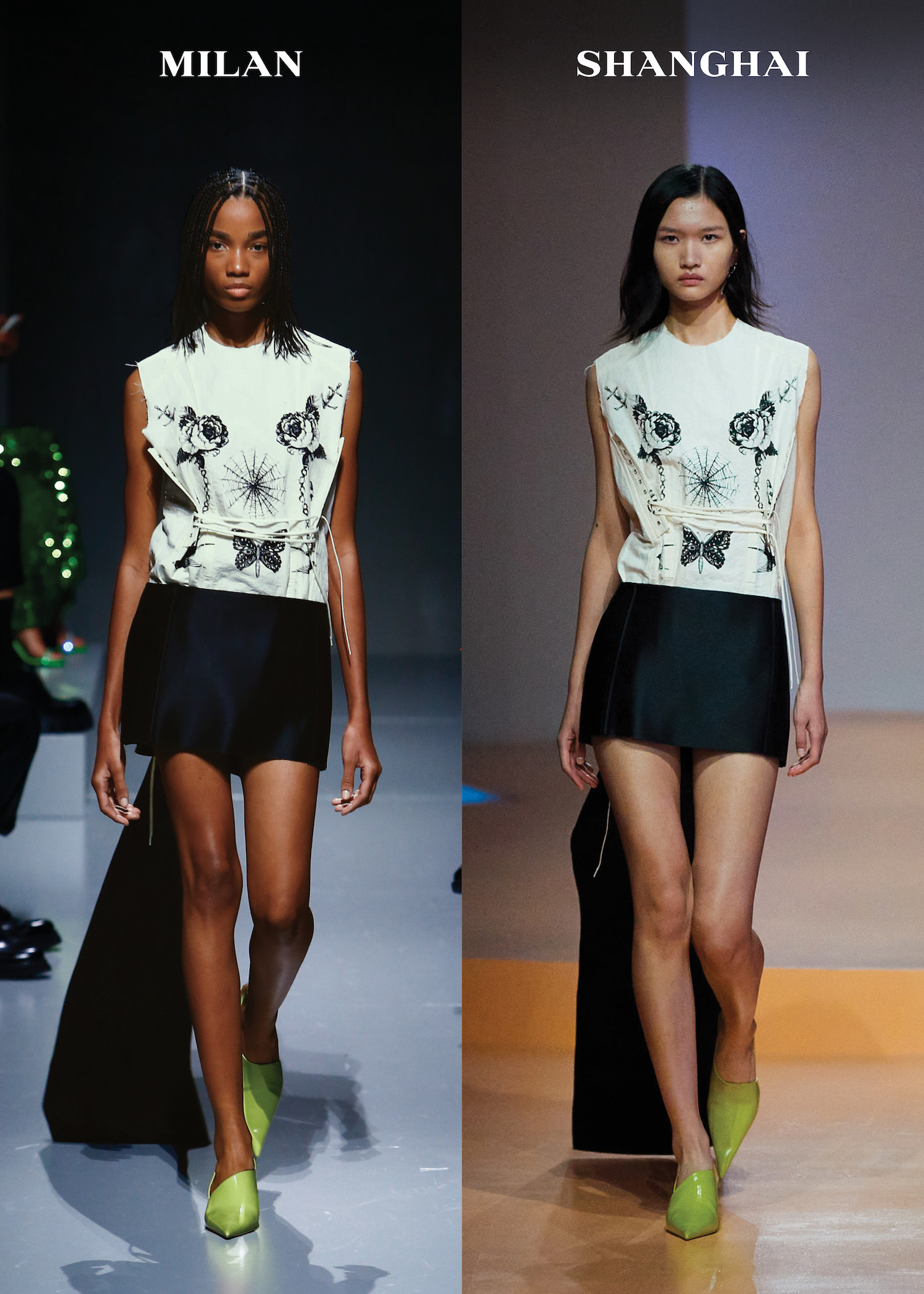 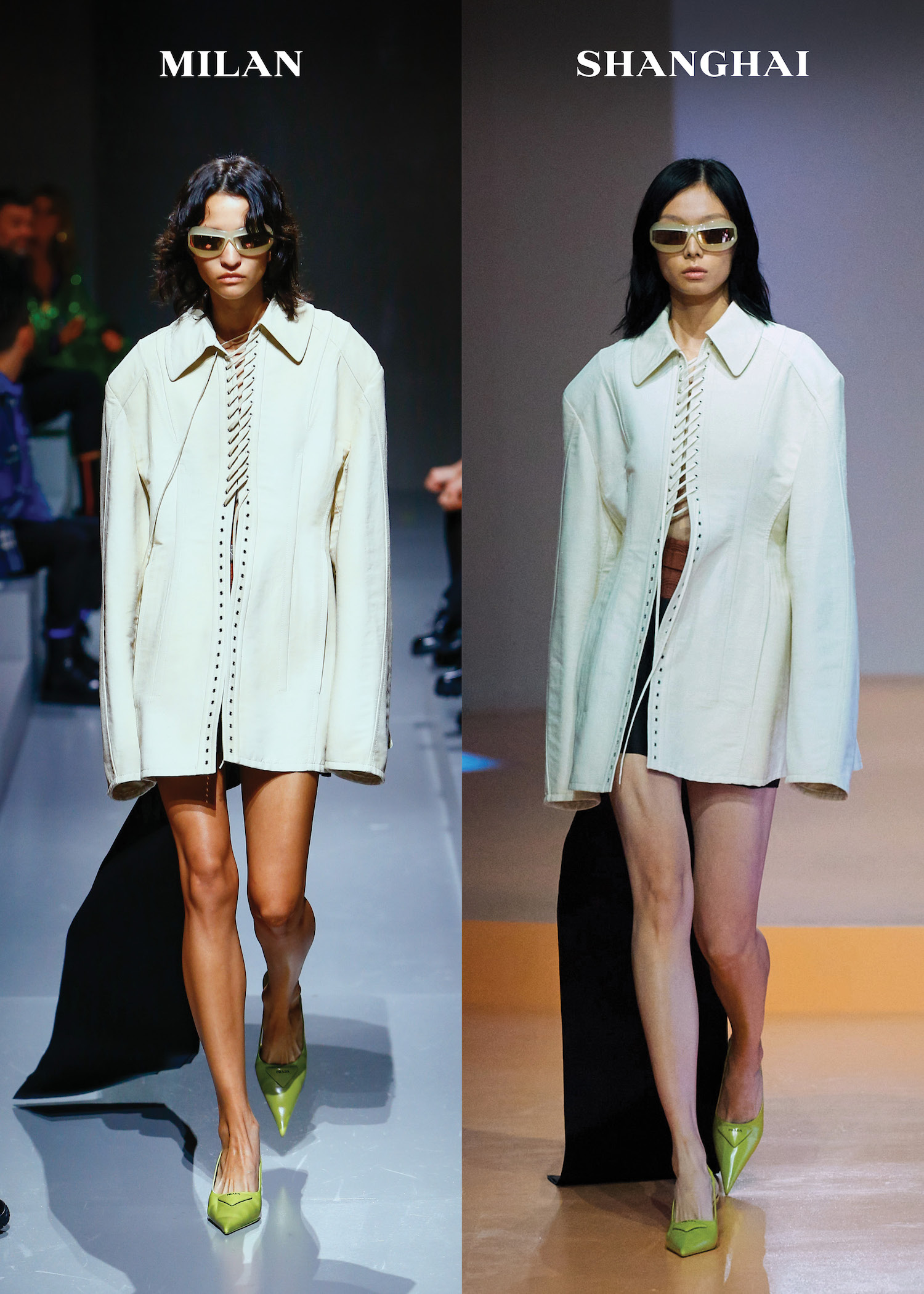 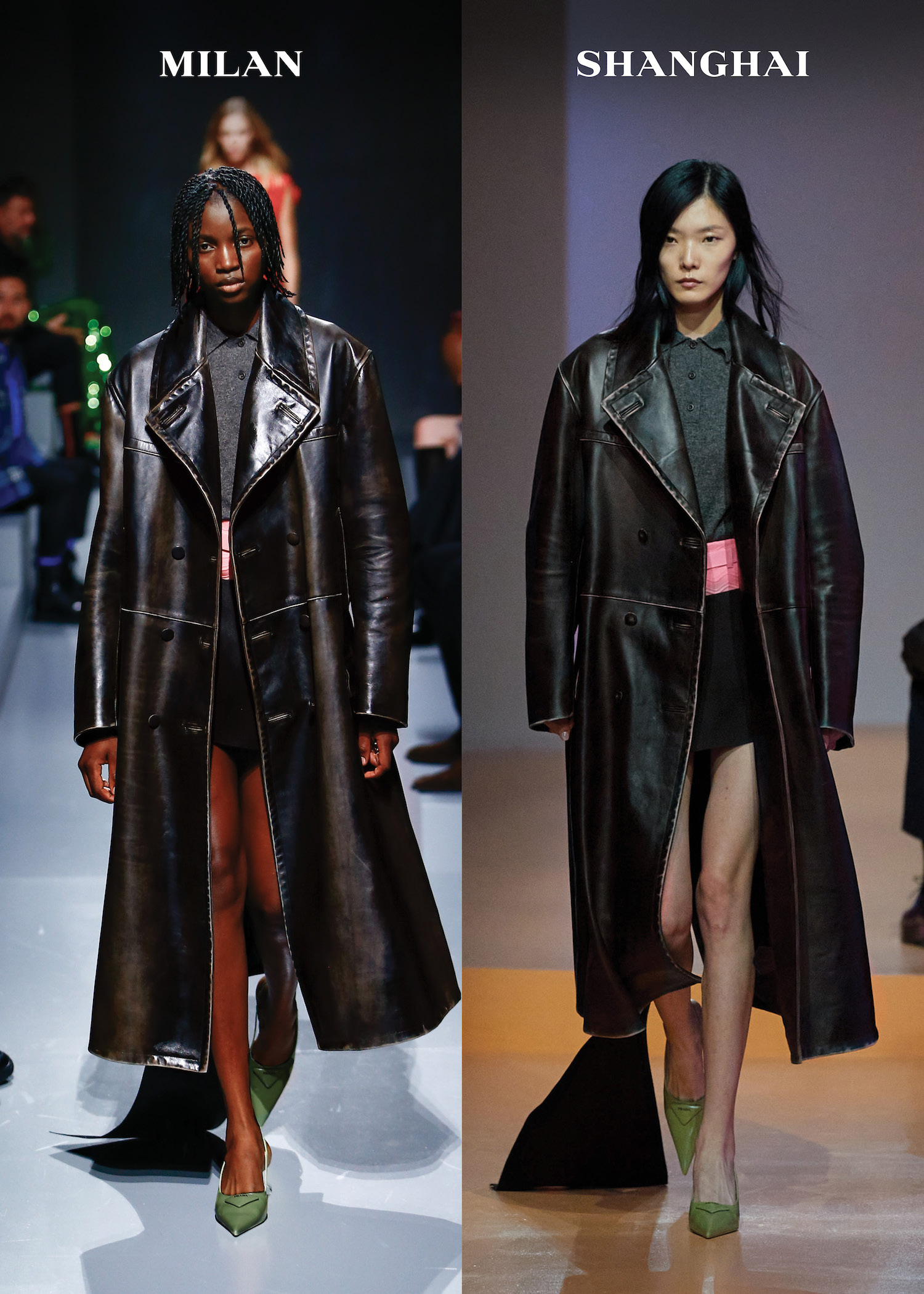 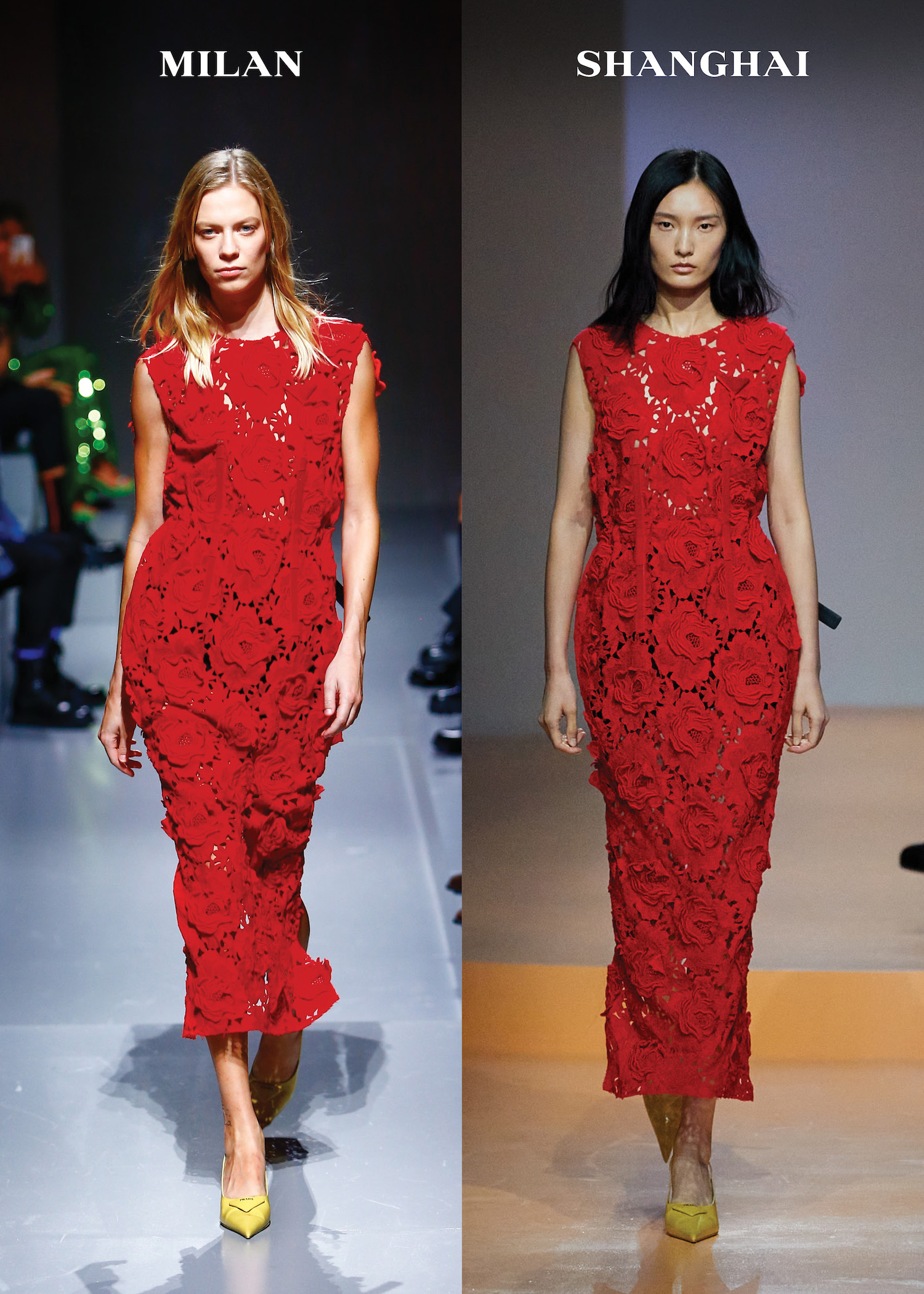 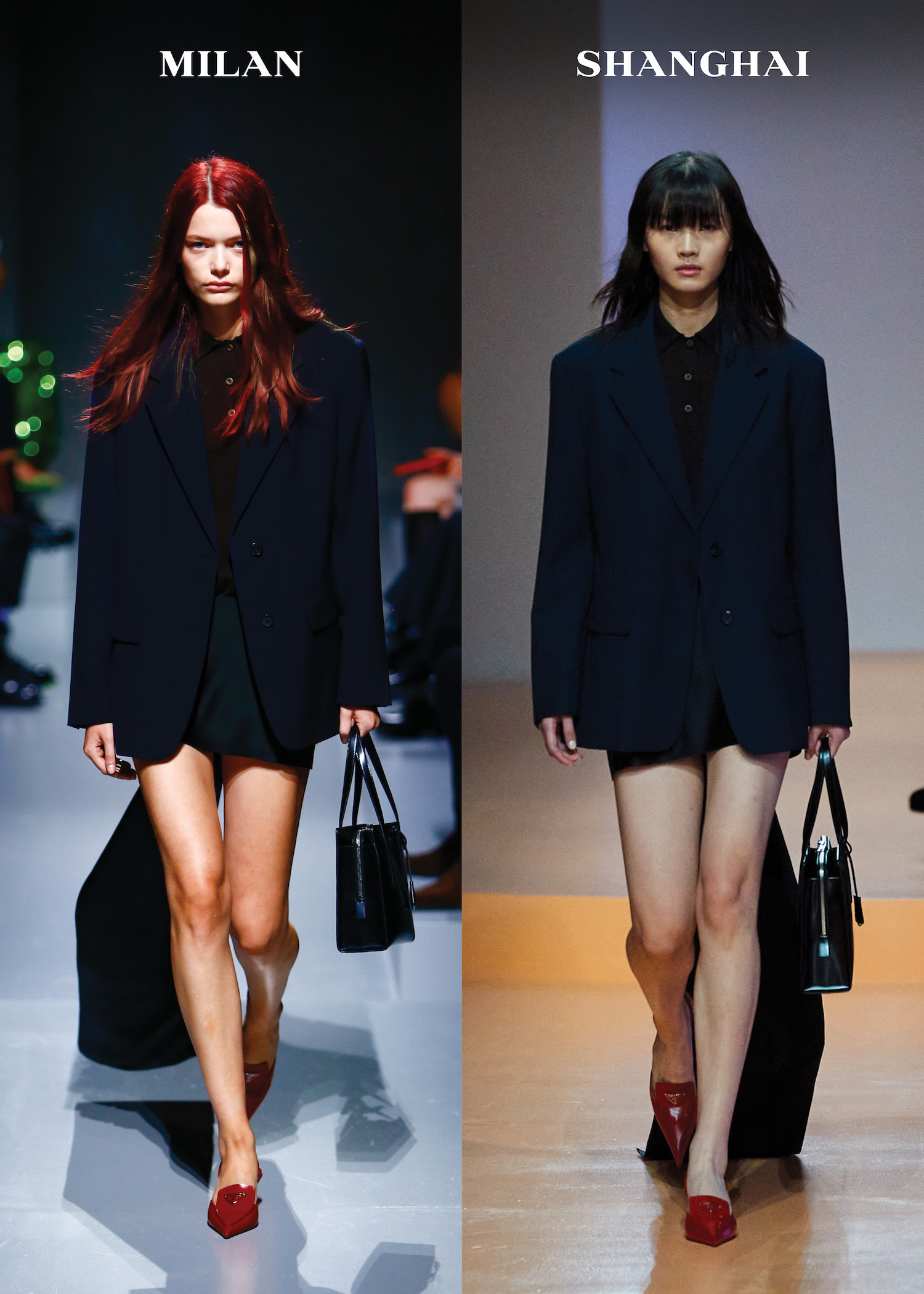 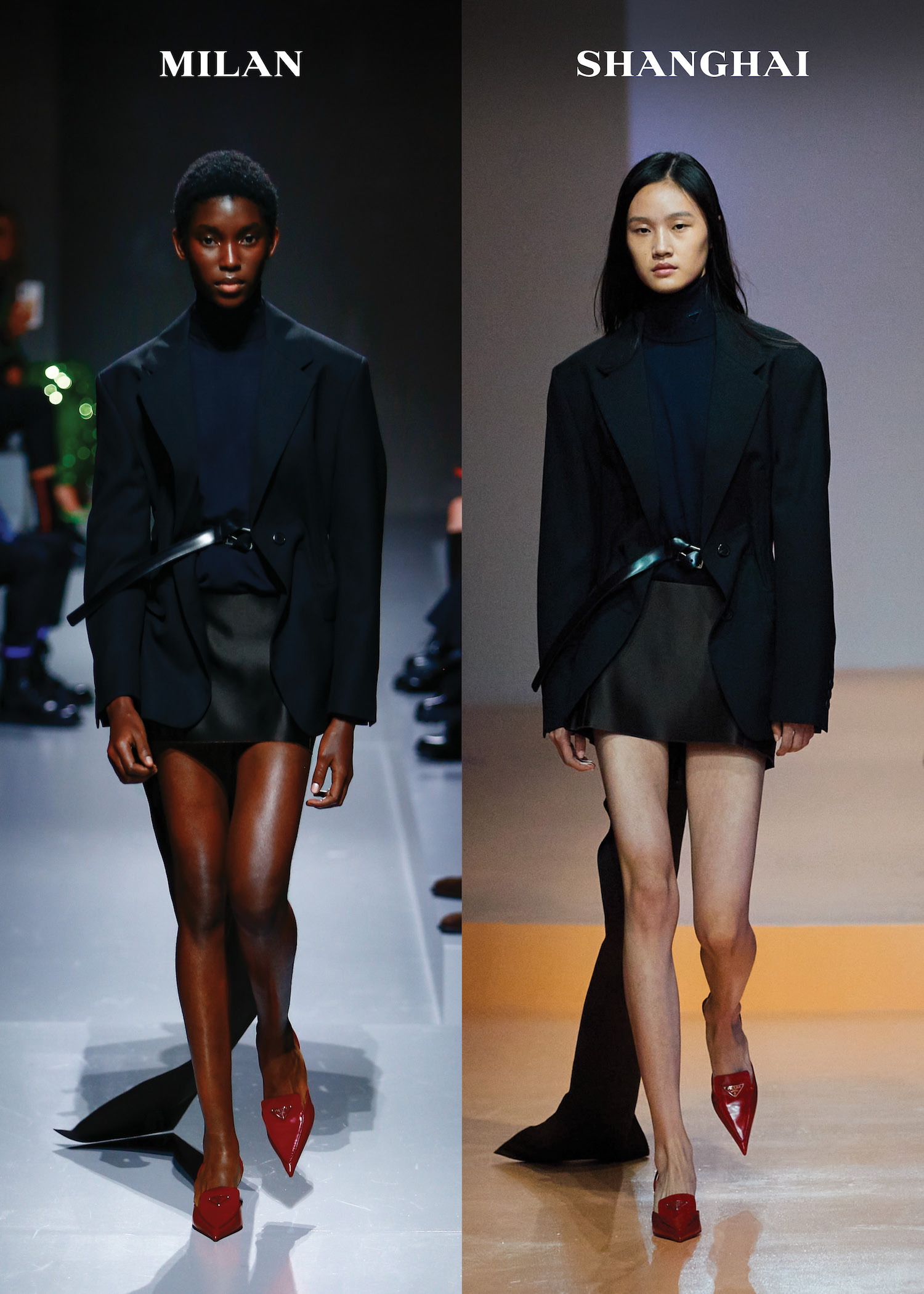 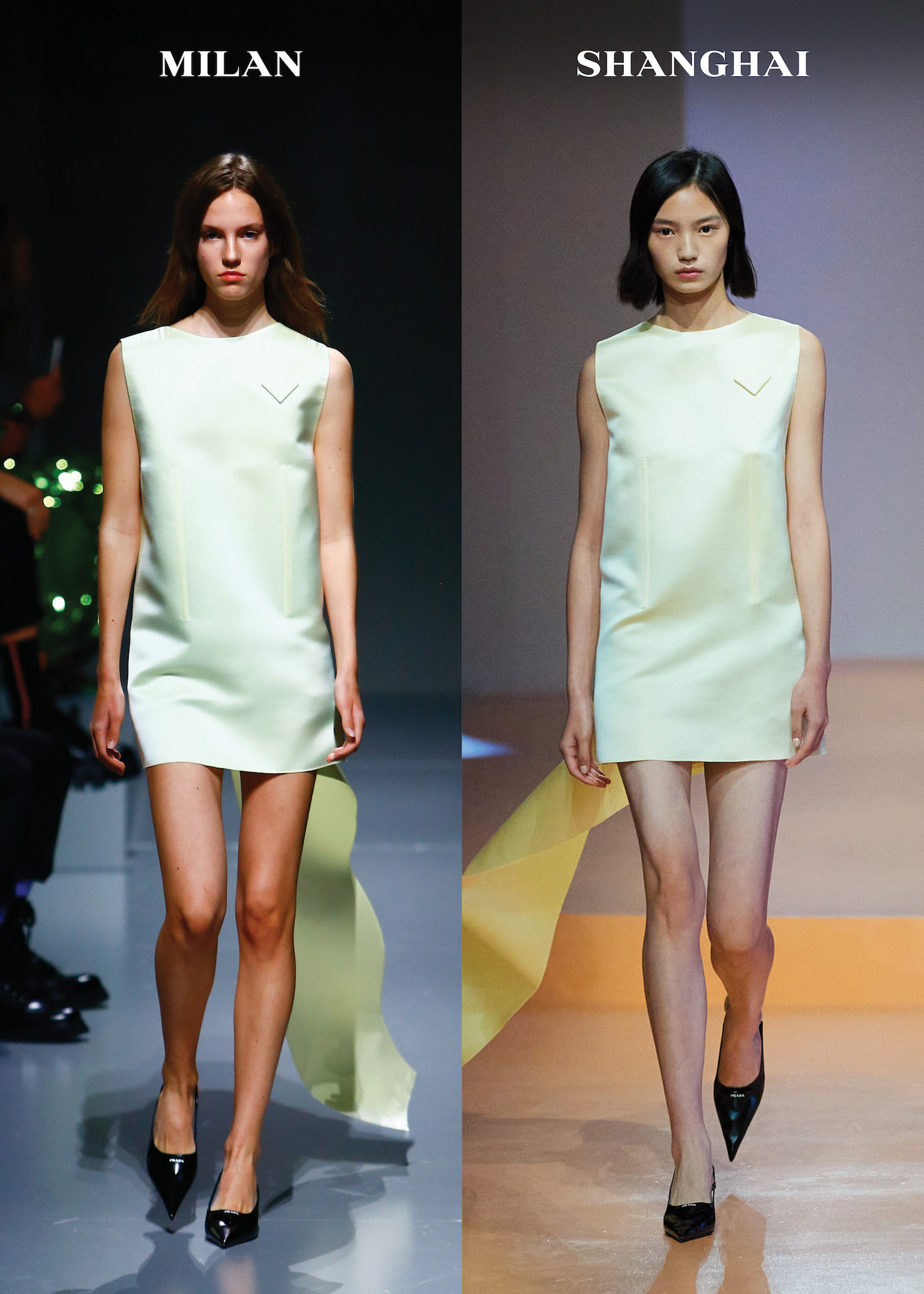 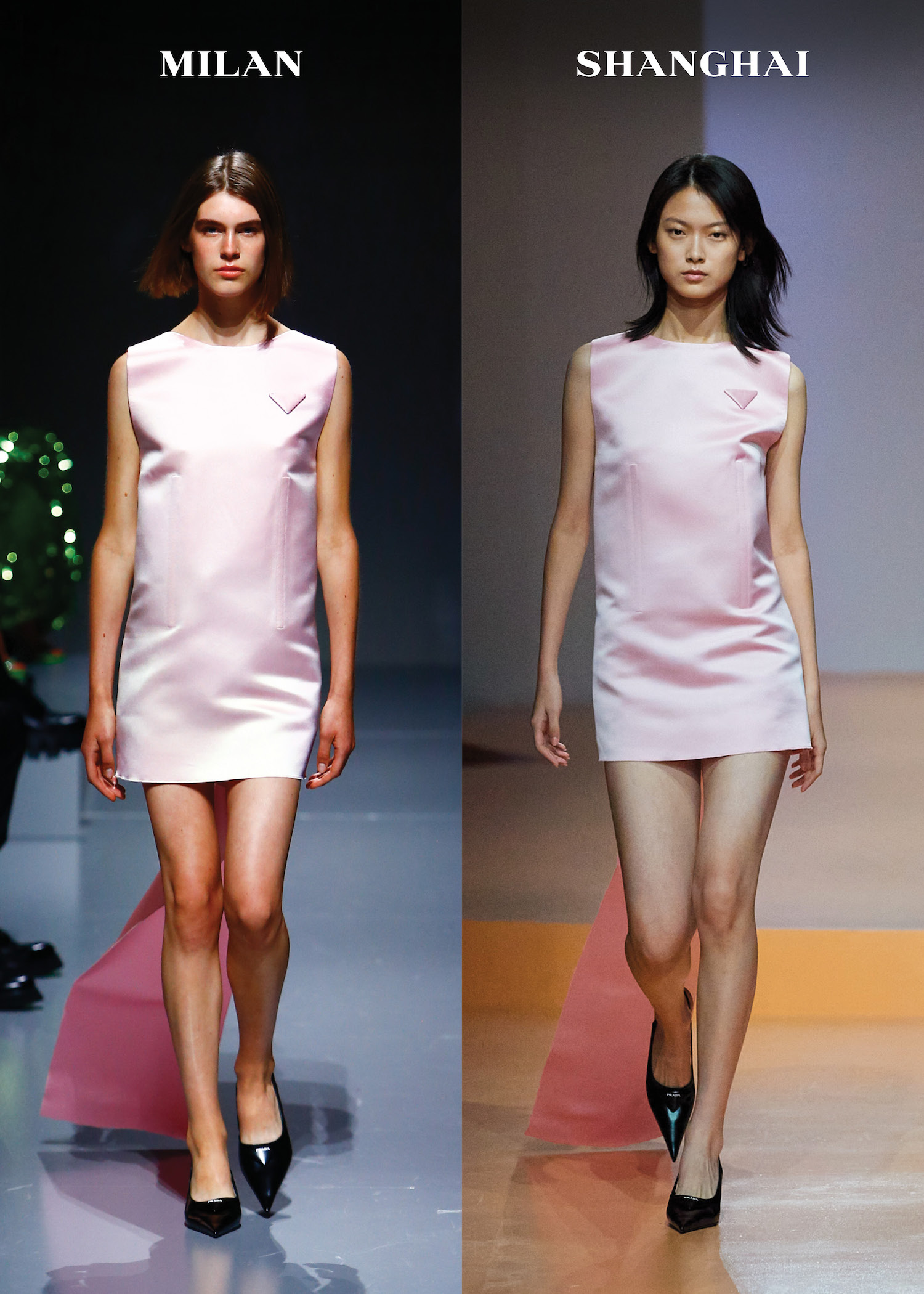 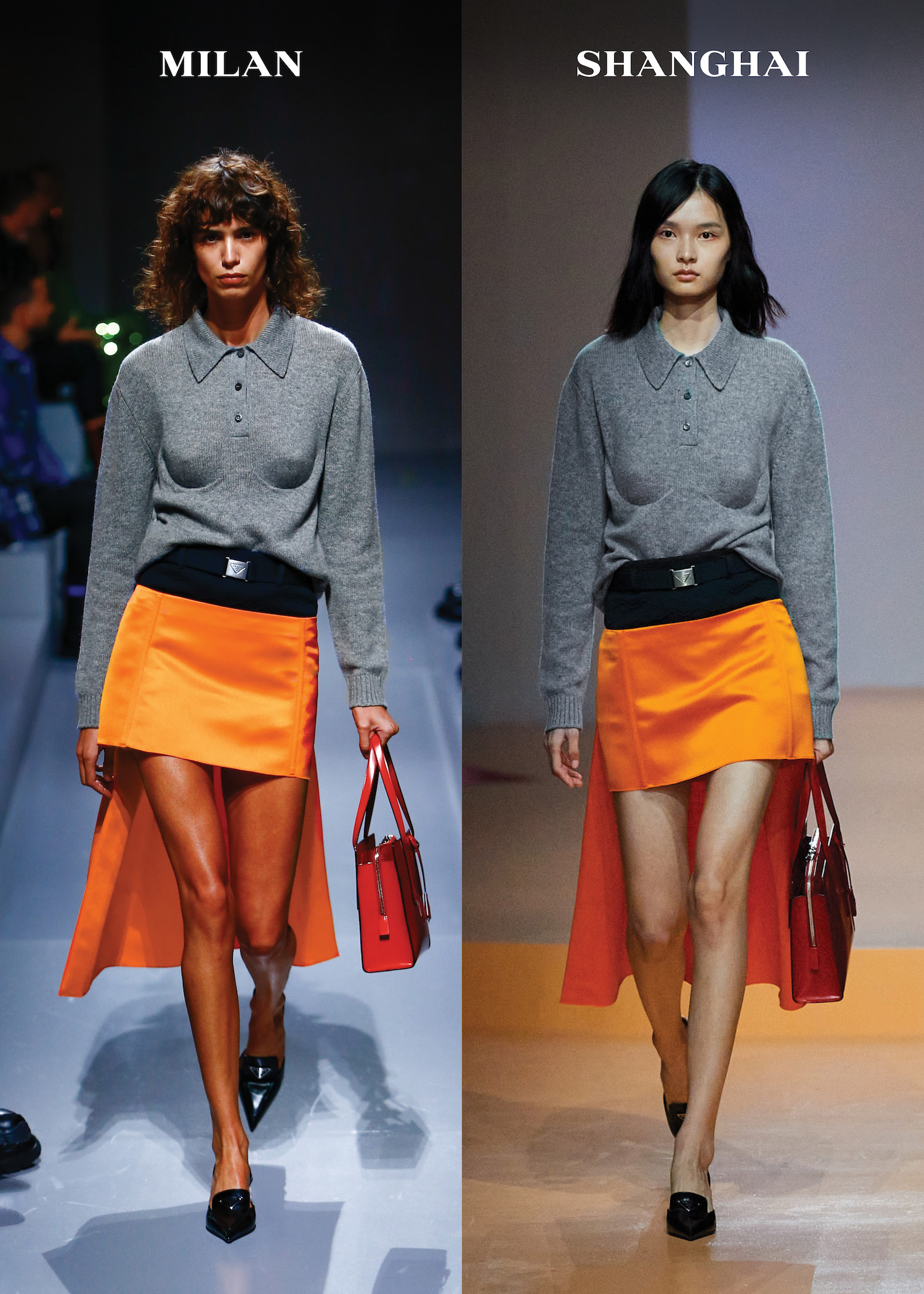