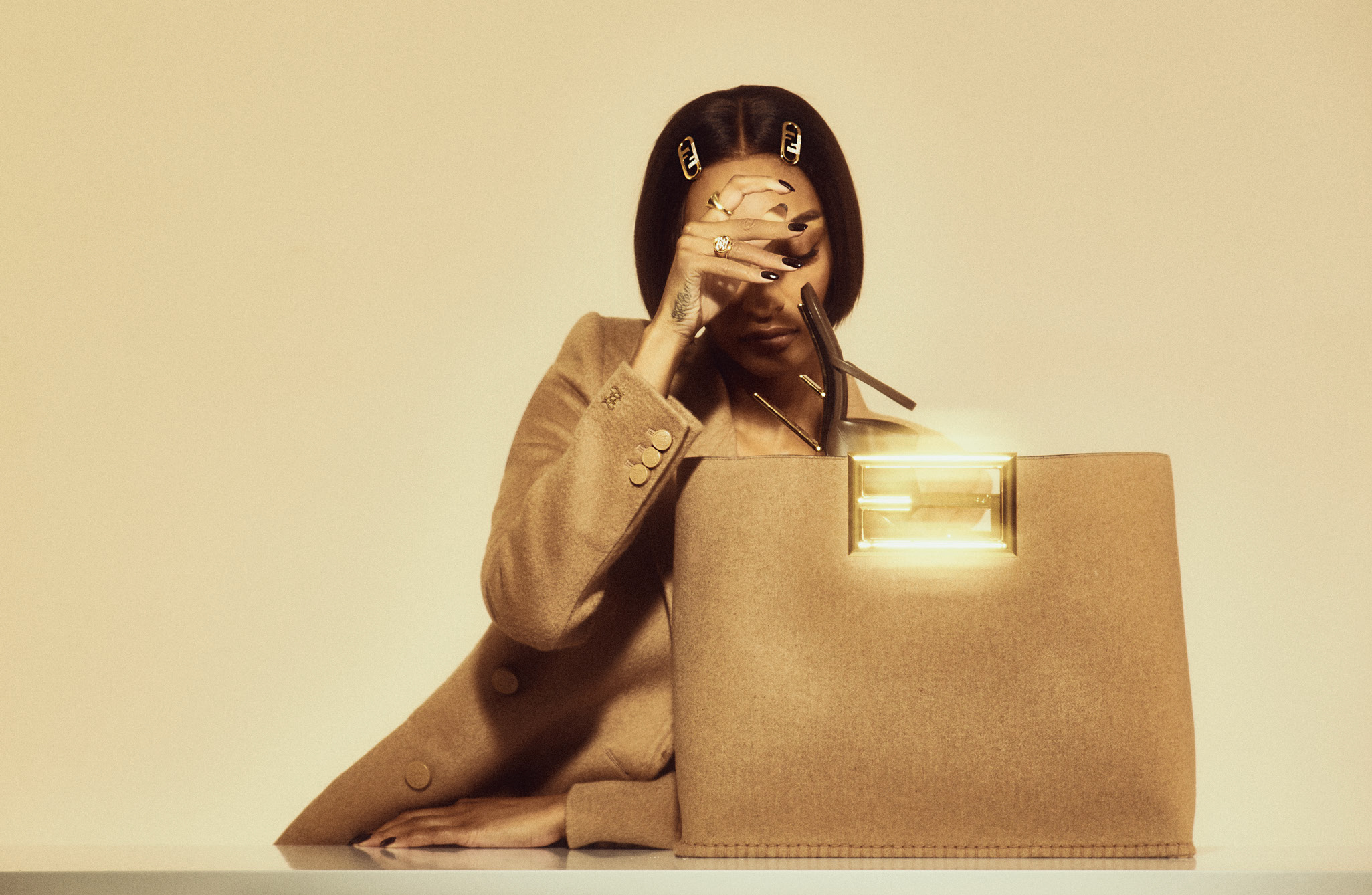 On February 24, Kim Jones’ new era at Fendi unfolded with a sleek ready-to-wear outing that channelled the house’s heritage of strong women. For the fourth cover of 10 Magazine Issue 18, the incomparable Jourdan Dunn wears that very collection, as styled by Vincent Levy and shot by Jonathan Baron. Here, Claudia Croft sits down with Jones to discuss his move into womenswear and his vision for Fendi moving into the future.

Ask Kim Jones what Fendi stands for and he answers with his signature clarity: “Strong, independent women. I think that’s it at the end of the day.” His friend Kate Moss put it another way. “I always wanted to wear his menswear – and now he’s making womenswear,” she said before Jones’s debut couture show for the house. “What he does is always very cool and modern. He knows exactly what people want to wear.” Moss spoke for the legions of women who have worn his men’s designs for Vuitton and Dior and couldn’t wait to have a Kim Jones wardrobe to call their own.

Talk about great expectations. Add to that, the British designer was stepping into shoes once filled by fashion legend Karl Lagerfeld, who died in 2019 and had designed womenswear at Fendi since 1965. Jones, being Jones, didn’t let the magnitude of his new job get to him. One of his many talents is a laser-like ability to focus. “I just put my head into the mindset of the house,” he explains, and he knew from the beginning that the Fendi women held the key. “I was looking at the heritage of Fendi. It’s so entwined with the family, so that was my starting point of looking at it in terms of the different generations.” Jones works closely with Silvia Venturini Fendi, who oversees menswear and accessories at the house, and her daughter, Delfina Delettrez Fendi, who designs the jewellery.

Reflecting on his role in the Fendi-verse, Jones observes that “it’s always been female-led, and you’re a guiding hand within it.”. With Venturini by his side, he went through the old collections, “looking at the visual archive and things that looked like they were signatures, [things] that repeated.” He also explored “the different tonalities of Rome, which are ever-present there,” as well as “what Fendi does well and sells well, and then working with that”. In fact, it was never in Jones’s plan to impose a radical new look on the house. His approach is one of great consideration, weaving together the many threads of Fendi’s story and aesthetic with great sensitivity. His aim, he says, is “to look in a new direction slightly, just to refresh the house”.

“[Kim] knows how to blend his vision with the heritage of Fendi,” Venturini said in an interview before his debut show. “His work at Louis Vuitton and Dior showed us that he knows how to respect and use this story as a starting point for his vision… It’s not just about Kim; it’s about the brand.” An intense immersion in the archives was only the first step in forming Jones’s Fendi aesthetic, however. If the designer has a superpower, it’s his ability to clearly see things that others miss. Venturini describes him as a “voracious observer of the moment, of people, of what people’s desires are and what people need… He’s very interested in knowing what they’ll want.”

Jones finds out what people want by listening and observing. Close friends and muses as diverse as Kate Moss, Demi Moore, Amanda Harlech and his right-hand designer, Lucy Beeden, served as a sounding board to ensure that his take on Fendi would give modern women what they needed from fashion. “It was more about listening to them,” says Jones. “That’s what I like to do – listen to people – because then you learn a lot.” They weren’t telling him what to design but instead talked about how they lead their lives. “I think that’s what is really fascinating in womenswear. All of the women I know work super-hard and bring something really strong to the world. Many are mothers and they also have their lives as well. I don’t know how they do it all.”

Perhaps the most striking thing to emerge from these conversations, says Jones, was how these women “all basically wear the same things, just in different ways. And they’re always complaining that they can’t find things to buy. So I listen to them, and I design stuff for them. There’s a usefulness to the collection, explored in a chic, timeless way.” On the mood board were strong women and ’80s heroines like Sade – but, as the designer explains, references aren’t always to be taken at face value. “We were looking at pictures of the Fendi family, and then I was looking at what Delfina was wearing every time she came into the studio. Whenever we do a reference, it won’t be what you see. It evolves. I don’t take a reference literally. It just turns into what the brand is.”

Jones’s Fendi ready-to-wear is unashamedly luxurious, steeped in craft and rich in Roman values – this is a place where timeless quality holds sway. Don’t ever let anyone tell you that the colour of money is green. It’s beige and blonde and buff and biscuit. “Fun isn’t always just about bright colours,” said Jones before the show. “It can be about really luxurious self-indulgence, which pleases the person wearing it more than anyone else.” He worked his honeyed hues into sumptuous trenchcoats, bodycon knits and fluttering silk shifts. Many looks were swathed in enveloping swags of knitted fur. Alongside his “Silvia” jacket, inspired by Venturini’s beautifully crafted, utilitarian working uniform, there were peachy soft suede coats, plush double-face cashmere tailoring, supple high leather boots and the new Fendi First bag with its ingenious F-shaped frame.

The story of how that bag came about tells you a lot about Jones’s cool-under-pressure confidence. “I was looking for a squashy, soft bag that was like a little clutch or something that you could just carry around or have on a strap, with a closure that looks like half the baguette ‘F’,” he says of his thought process. The eureka moment came in a meeting with LVMH chief Bernard Arnault. “It was just a quick ten-second drawing. I said, ‘Oh, we could do a bag like that,’ and then I gave it to [Venturini] and her team and they developed it into the beautiful object it is now.”

Jones doesn’t do doubt, drama or dilemmas. “I’m not one of those people that jumps around with ideas,” he says. “I’ve had enough experience, over the 20 years since I graduated, to be sure of what I want. I’ve always been like that – I don’t know what it is, it’s just programmed into me.” The other thing that’s programmed in is his ability to spark desire. Everything in his RTW debut begs to be stroked, touched and held – as if Jones wants to forge a deep emotional connection between the wearer and his designs. The collection, he says, was full of “clothes that women will want to buy. I think that’s what my job is. I want all my friends to go, ‘I want that straight away.’” And while some luxury brands are chasing youth, Jones has set his sights on timeless chic.

“It’s very elegant, it’s very neutral-toned, I would say very Fendi,” Venturini declared after the show. Her verdict will have delighted Jones, who contrasts the experience with his work for Dior, where he has been men’s artistic director since 2018: “I work with two brands. One has the family [and the other one] doesn’t. When the family’s there you’re considering what their thoughts are because it’s their name, even if it’s not owned by them. I want them to be happy with everything we do because I wouldn’t want to see my name on something I didn’t like.”

Already a master of menswear, Jones got the opportunity to delve deeper into womenswear and the holy grail of couture with his role at Fendi. “I’ve always been obsessed by it because I’m really into details,” he says. In the three years Jones has been at Dior, he has cross-pollinated his menswear aesthetic with haute details from the Dior archive, evolving a new design language and creating a next-level sense of craft and luxury for men. For Fendi’s women, his focus is timeless and rooted in mind-blowing up-close craft. He describes the moment when the atelier show him how they’ve realised his couture sketches as “quite magical. It just appears in front of you and it’s interesting to see someone else’s idea of a sketch.”

On finally being able to call himself a couturier, Jones says: “I think I got my stripes.” Covid restrictions mean he hasn’t been able to do fittings with clients yet, but he can’t wait for that moment. “I love meeting our customers in every single company I’ve worked for. For Jones, couture “is a dream, and there is a reality within that of what people buy. But ready-to-wear is a very different thing.” He has taken shapes and techniques from couture into his RTW, but musing on the differences between the two disciplines he says, “You design couture as a look. The ready-to-wear is more mix-and-match. You can go to the store and get a grey double-faced coat, which is something that Fendi do very well and sell very well. And then, mix it up with a jersey dress so that you can dress it up to go out or go to work. That’s the personality of it.”

That’s what Jones means when he talks about real clothes. “For our times,” is how he describes his Fendi ready-to-wear. “I think it’s modern, but I don’t think it’s too modern. When you see things that are very vintage-y or things that are very avant- garde modern, it’s quite hard. You know, people want something that’s for now and, in my mind, that’s what I’m designing for.”

From Issue 18 of 10 Magazine Australia, out now. 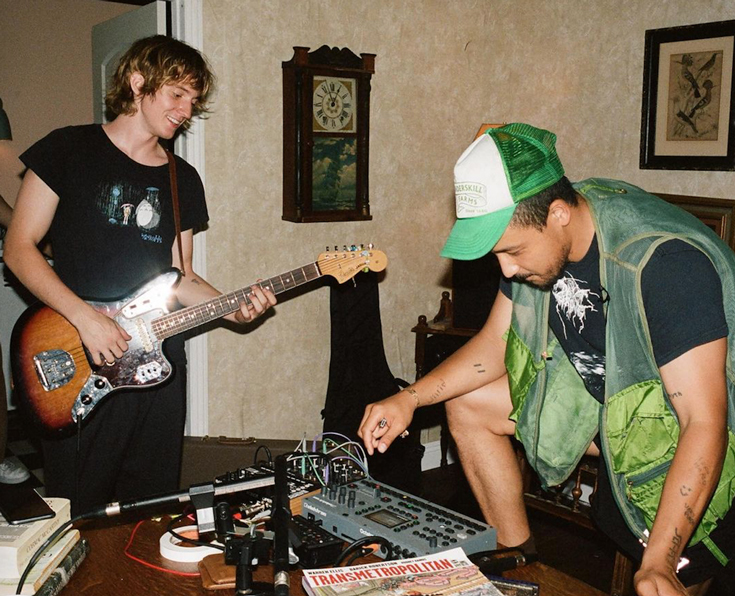 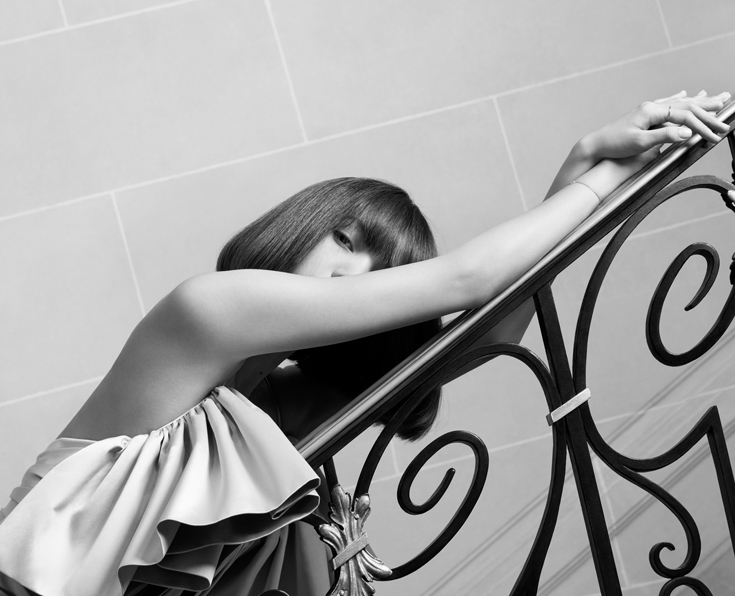 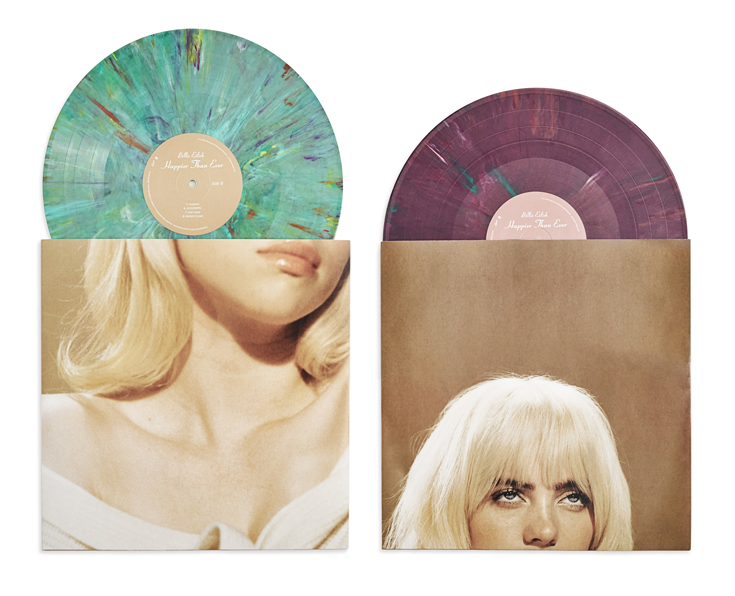 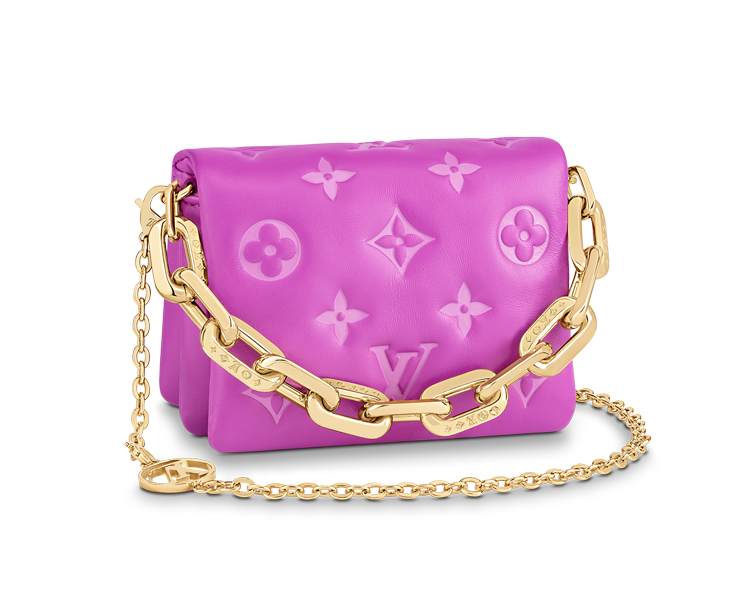 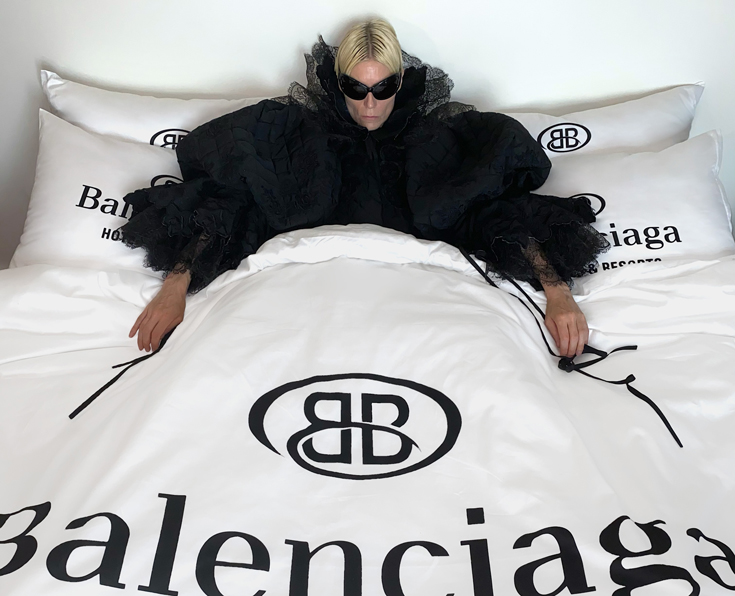 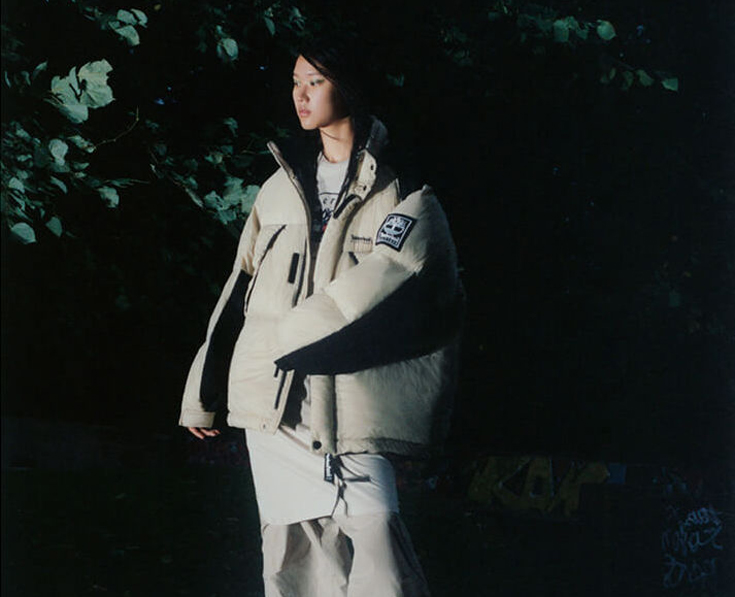 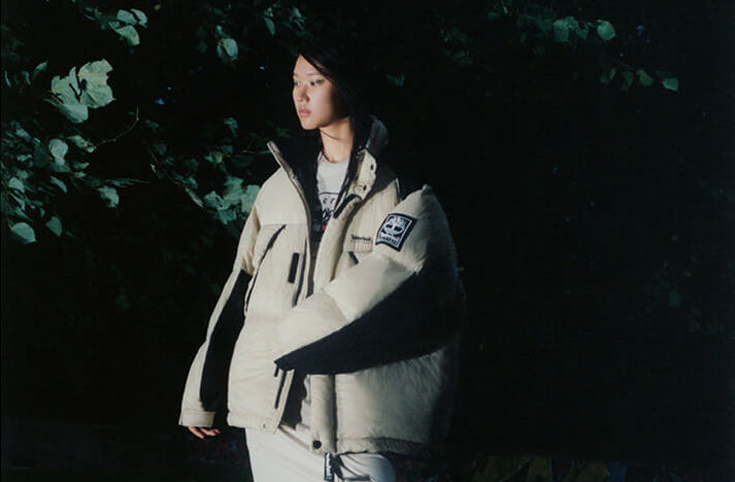 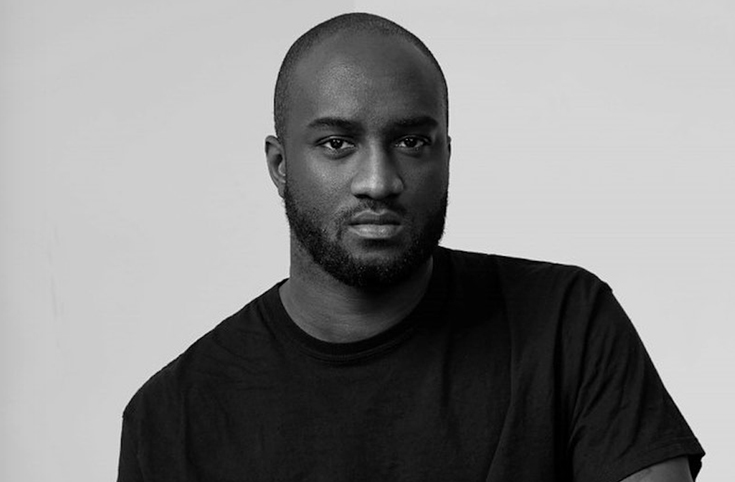 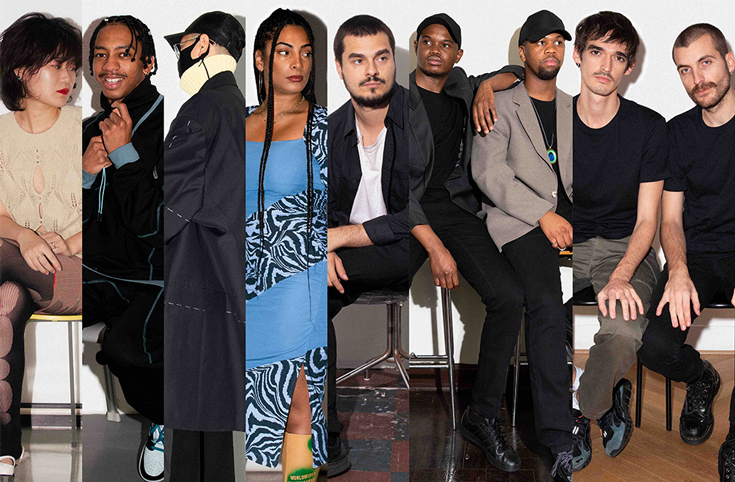 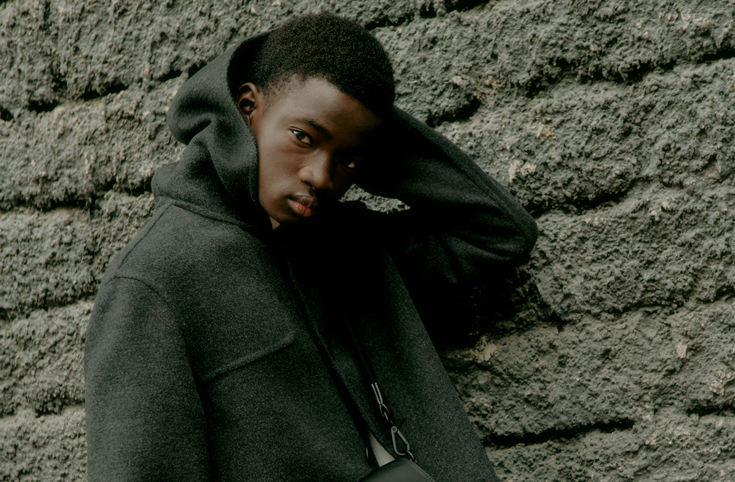