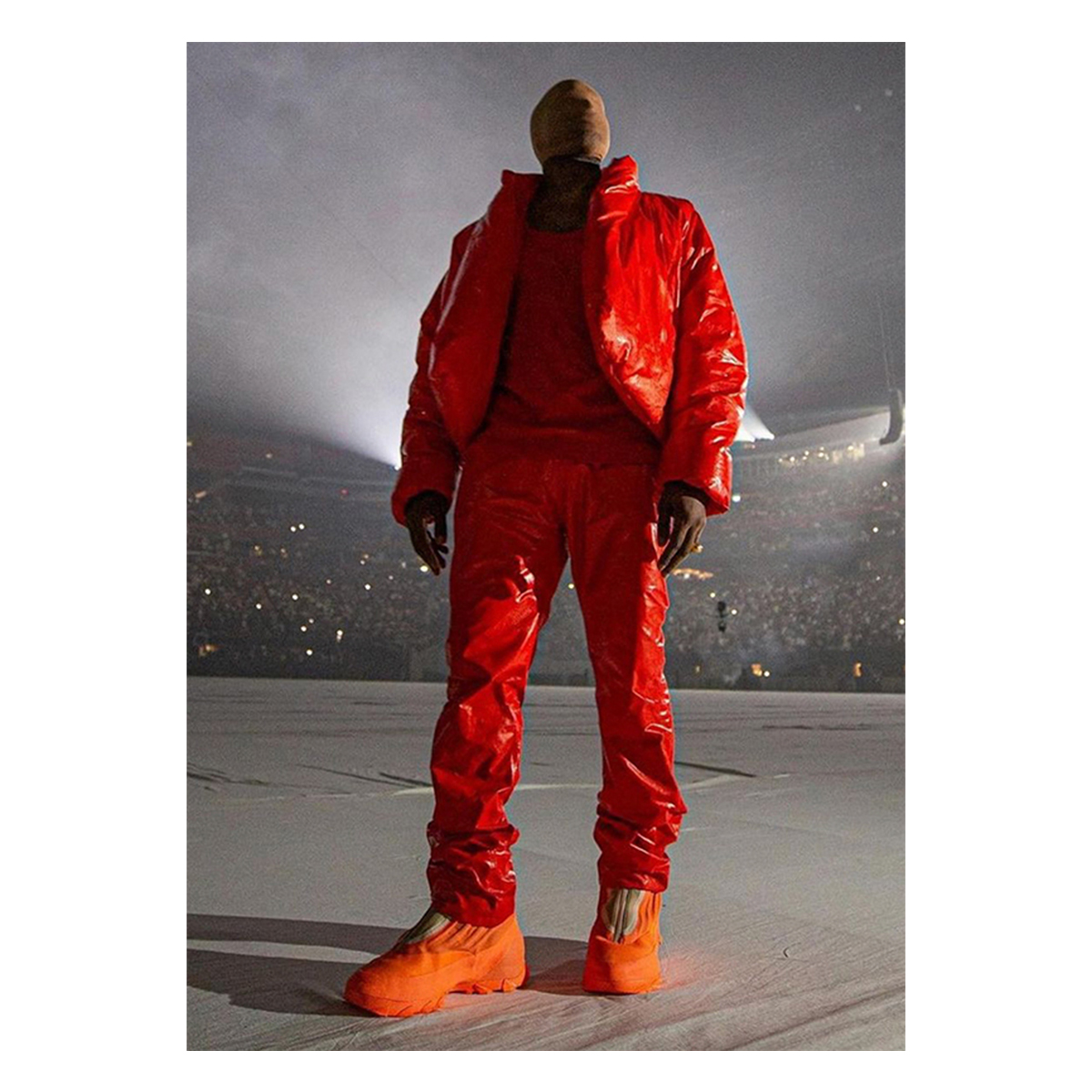 Yeezy season approaching. Kanye West's 10th studio album Donda, named after his late mother, has been set to arrive for a year. The album was first scheduled for release in July 2020. A year on, West began the rollout for a new Donda album last week in a Beats by Dre ad featuring Sha'Carri Richardson. Then came the listening party. Ten Towers watched the livestreamed listening party on Friday from the Atlanta Mercedes Benz stadium, where West played the album to a sold-out crowd. The artist walked around the floor space in all-red puffer look from his collaboration with Gap, a head covering and neon electric orange Yeezy's. The look is said to have been inspired by 1988 Japanese anime film Akira. Then, the show ended and the album didn't drop. Classic Kanye. Here's what we know:

Now, we wait to see if any of the above still remains on the album.