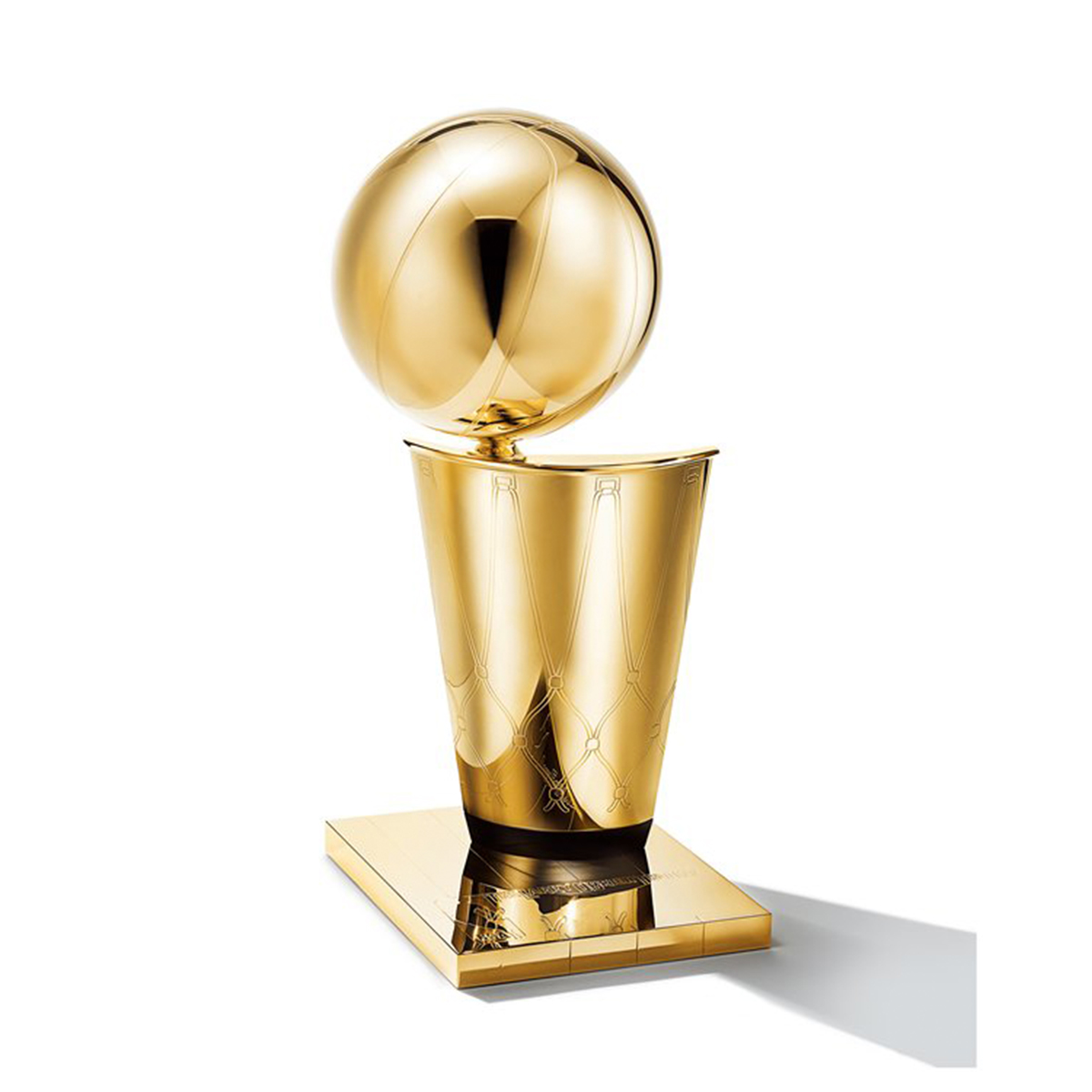 In a thrilling finals game, the Milwaukee Bucks have won the NBA Championship for the first time since 1971. Giannis Antetokounmpo aka the Greek Freak/our favourite, funniest player, led the Bucks to victory, securing one of the most coveted trophies in sport: the Larry O'Brien Trophy, which shines bright, resembling a regulation-sized basketball falling into a net, made from sterling silver and 24k gold vermeil. The trophy, which stands at 24.5 inches in height and weighs 16 pounds was first designed in 1978, then referred to as  the Walter A. Brown Trophy, before being renamed in 1984 after former NBA Commissioner Larry O'Brien. Each of Tiffany & Co.'s sporting trophies (and there are many) are handcrafted by artisans at the hollowware workshop in Cumberland, Rhode Island. Only the best for the best.