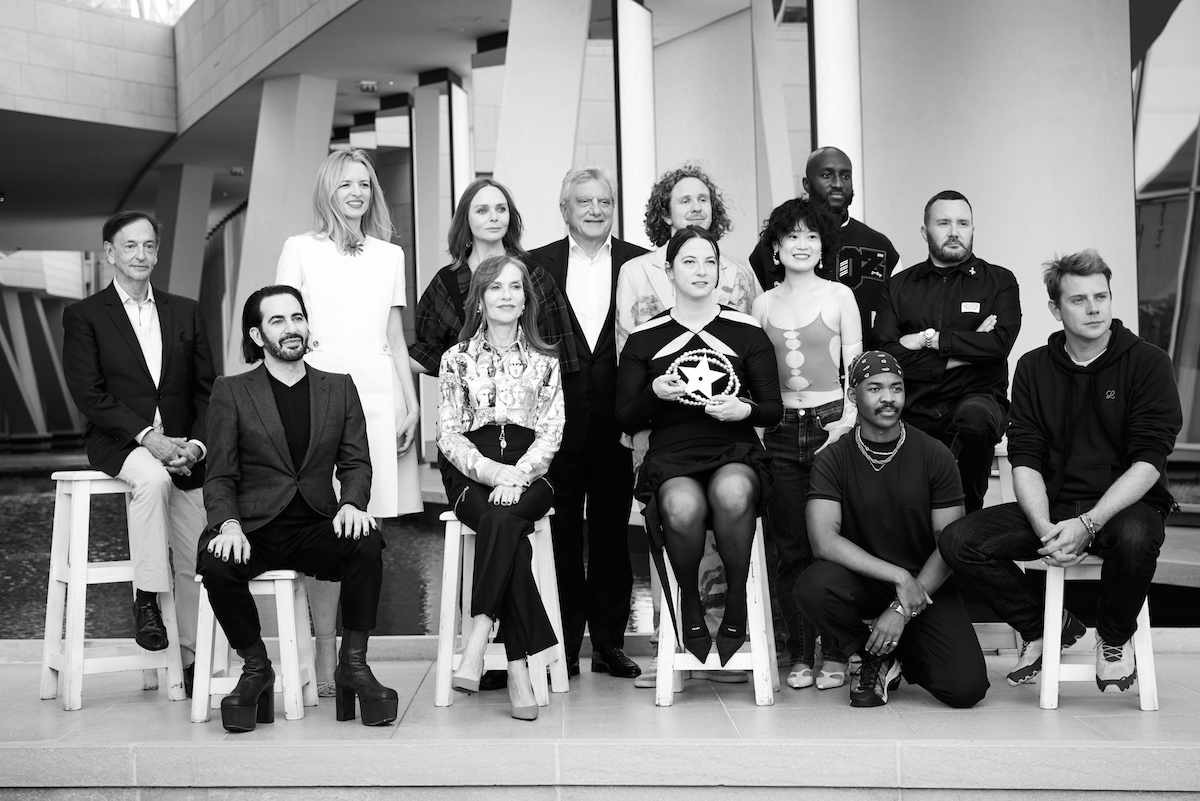 It all went down at the Louis Vuitton Foundation overnight in Paris. Presented by Isabelle Huppert, the LVMH Prize has been awarded overnight to Nensi Dojaka, a 27-year-old Albanian womenswear designer based in London. The Central Saint Martins graduate first made waves as part of Fashion East in 2020. Dojaka, who has won 300,000 euros and an LVMH mentorship, will present her first solo collection later this month. The jury included Virgil Abloh, Jonathan Anderson, Maria Grazia Chiuri, Marc Jacobs, Kim Jones and Stella McCartney alongside Delphine Arnault, Jean-Paul Claverie and Sidney Toledano. The Karl Lagerfeld Prize was awarded to three designers this time, due to their fabulous talent, including Colm Dillane of Brooklyn label KidSuper, Lukhanyo Mdingi and Rui Zhou, who will each receive 150,000 euros and a one-year mentorship. The ninth edition of the LVMH Prize will continue in 2022. Stay tuned.