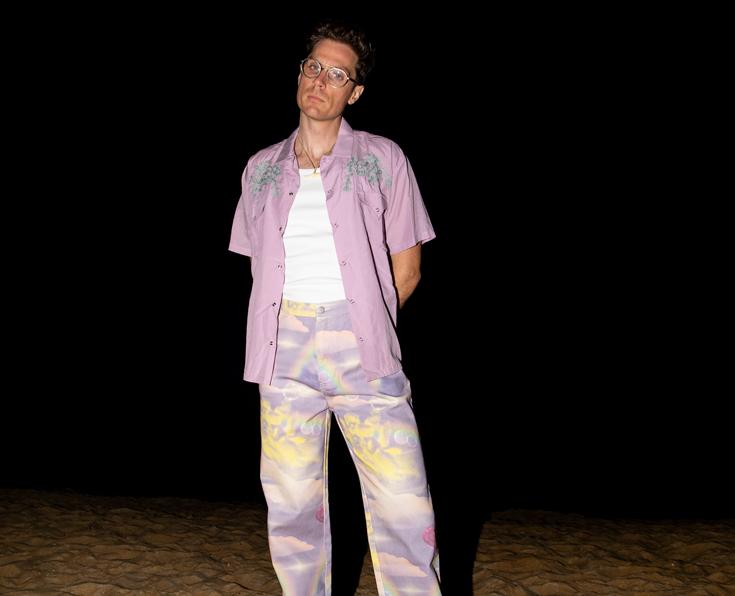 Harvey M, one half of Client Liason, is back with his Y2K nostalgia-infused, elated, smooth single I'm Coming Home. Listening to it feels like flying. Feeling sentimental and reflective whilst creating the song, Harvey found home video footage to create the perfect poignant music video for this sound. “This record evoked a kind of pensive sadness that made me sentimental and reflective," he says. "I wanted to double down on that emotion, so I dug up the old home videos that I started filming in Grade 8 and used that footage as the starting point for the clip. It was a rather large undertaking, there were hours upon hours of video footage across multiple different formats that included VHS tapes and mini DV tapes from the mid 2000’s.” We spoke to the artist about the new adrenaline-inducing single and what he's working on next:

We love the new single and your sound. What were you thinking about while you created I’m Coming Home?

"I like the contrast between what is a rather Intensive in your face Lo-fi house tune with a soulful lyric. Personally, it evokes a kind of pensive sadness that makes me sentimental and reflective when listening to it. This is further emphasised by the video clip that has collages home video footage from when I was a kid."

Who did you work with on this track? Where did you create it?

"I love to collaborate but this one came about when writing alone at home. After years of working out of studios I much prefer working from home and with minimal gear."

How do you hope people feel listening to the single?

Where would be the ultimate place to blast I’m Coming Home?

"Definitely at a house party with your best friends."

Your sound feels very much a part of the zeitgeist right now with the 2000s revival. Who are some of your sonic influences?

"Mostly all the unsung heroes that appeared on random dance compilation CDs. I've never fixated on one artist, instead I'll rinse singles from anywhere and everywhere. Anyone and everyone who appeared on the Chill Out Sessions Volume 2 compilation. Aside from that I’ve been enjoying the likes of Mall Grab."

Who would you love to collaborate with on your solo venture?

"Anyone I meet. There are definitely some big names that I’d love to one day work with but nothing beats working with unknown up and coming talent."

We love your style. Which brand would you love to dress you for a tour?

What’s next? Can we expect an album?

"Working towards an EP, I like the idea of never writing an album and instead just writing smash hits."