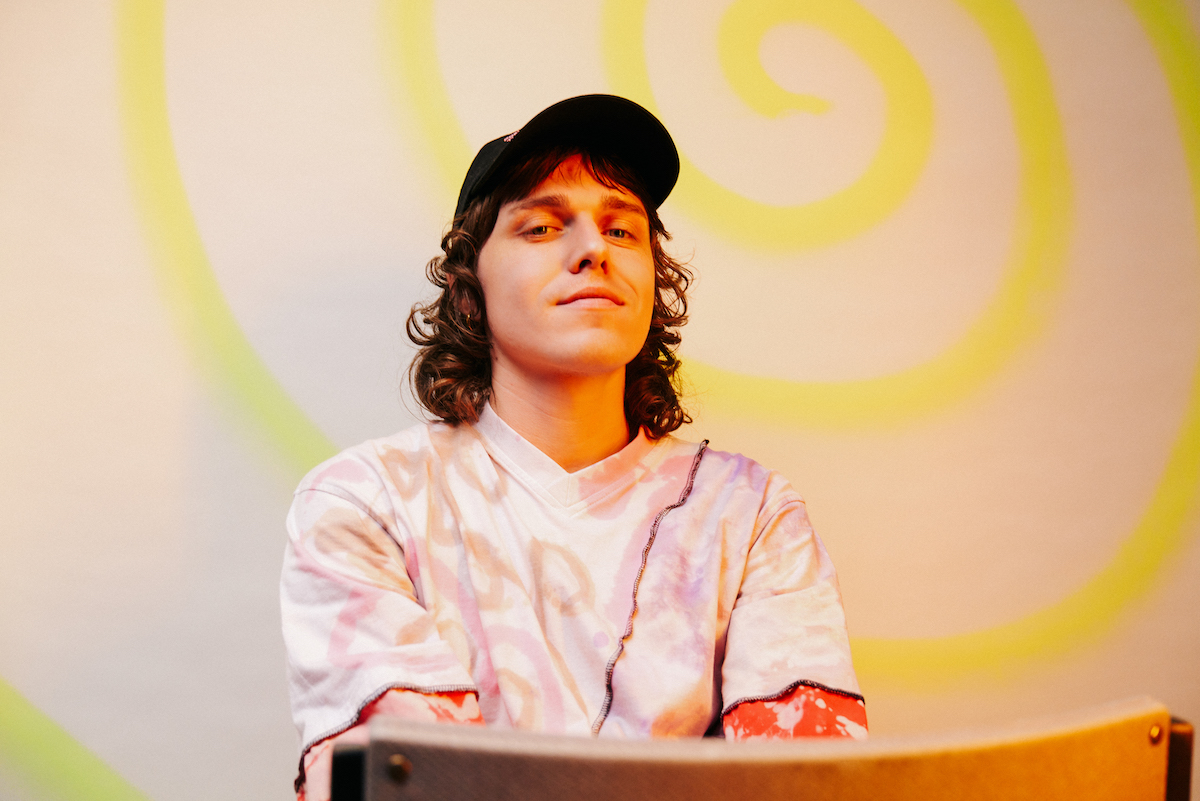 Today is the day - Allday is back with his fourth studio album Drinking With My Smoking Friends. It's a new era for Tom Gaynor, the Australian artist who has spent the last few years in Los Angeles, before coming home to create this record. It's quite simply his best work yet - clever lyrics, brilliant production. Ultimate Allday. We spoke to Tom about the record before he embarks on an Australian tour in August:

‍Your sound has evolved so much! How are you feeling on the eve of releasing this album?

"I am feeling a little nervous, I never know what to do with myself in the days leading up to an album dropping. But I can't wait for people to hear it."

"After Starry Night Over The Phone (2019) I basically kept writing, then I came back to Australia at the start of C*vid and was able to work with my good friends again which felt special. I had some rap songs and some rock songs and I decided to separate them into different albums. The last song we finished was Butterfly Sky. I need a hard deadline or I will fiddle with songs forever. So I always have some regrets about an album but I think it's important they are a snapshot of a time and then you move on."

When did you decide it was going to be a concept album?

"I wouldn't call it a concept album in that it doesn't have a traditional narrative structure. It's more like a series of themes and dreams that all come from the same world in my head."

What was the biggest difference in this album compared to your previous bodies of work?

"We recorded it all with a live band which I've never done. My last two albums I think bordered on being depressing. This time I made a conscious effort not to do that. I think you can touch on the dark parts of life with optimism. I don't think I could make music without touching on darker things."

How do you think your time in LA influenced your music making? What did it feel like to make a record in Australia again?

"I like how they just go to the studio and bang out a song every day. It gave me a more workmanlike attitude. But it was cool to come home and make music with my close friends again. I think it was just about accepting that I am not the guy who goes into Hollywood studios and makes 2 hour pop hits. I have to make something that I feel connected to in a serious way or I can't be fucked doing it at all."

You worked with great musicians and producers on this album. What did you learn from collaborating with these people? Did anyone teach you something that stood out?

"Picking Scott Horscroft's brain was cool. I asked him a lot of questions about Silverchair and The Presets etc. At the start of the album I didn't really know anything about recording and mixing the kind of 70s/80s rock I was referencing. I basically started at 0 and now I feel pretty confident, the way I do with drums on a rap record."

Who are some of your musical influences? Was there anyone you were super inspired by going into this album?

"I was listening to 80s, 90s Britpop. Stone Roses, Oasis, The La's, Pulp. I love country music too. The Rolling Stones, The Beatles. I love Phoebe Bridgers' album. Waxahatchee too."

What do you want to convey through the visuals?

"Hopefully to depict the visual world where the songs come from. I feel like I've done that on this album for the first time. That's thanks to Hiball Productions who are my great friends and amazing directors who will probably make massive films one day."

I love the songs in major keys with hints of darker lyrics. What do you hope listeners feel while listening to this album?

"Thank you. I guess I touched on it before but I want listeners to feel optimistic. But also to feel intrigue, wonder, a feeling of mystery perhaps."

Are you looking forward to the tour? What will be different about these shows?

"Big band shows, playing some of these fun new songs and also the best of the old ones. Hopefully always making the show better and more engaging than in the past."

How and where do you want us to listen to this album?

"I would love for you to listen to it on a train ride through the countryside while looking out the window, but anywhere is fine.'

Listen to Drinking With My Smoking Friends HERE.