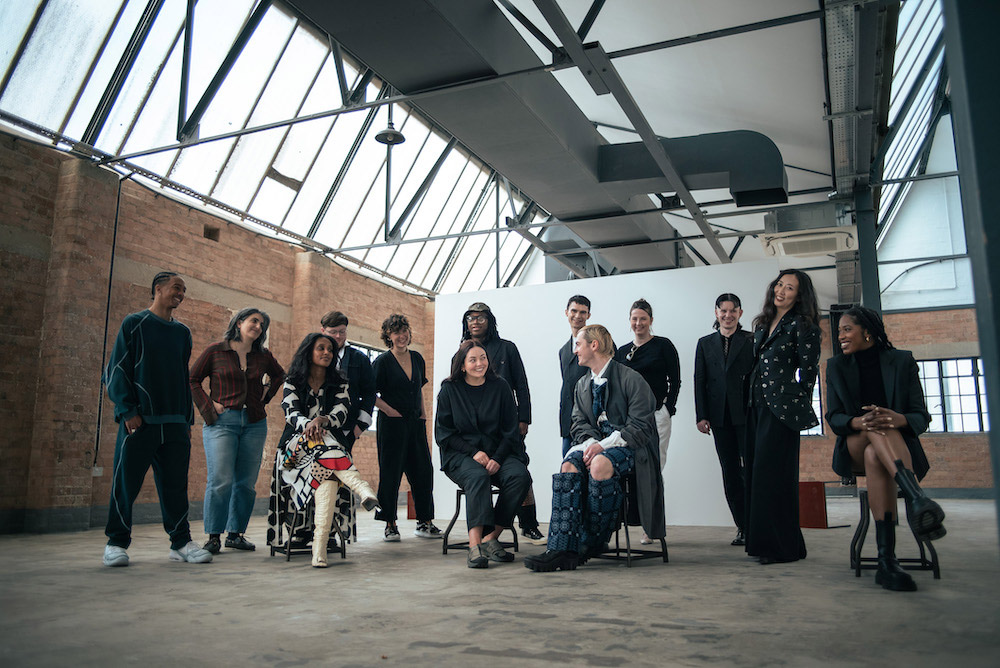 That one when all the friends get back together… Yes, you’ve probably already streamed (and had a little cry to) Friends: The Reunion. But away from Rachel, Ross and Marcel the monkey, the world of fashion has been busy, busy, busy! Let’s get stuck in.

This year’s London NEWGEN recipients are in

Alongside the BFC/Vogue Designer Fashion Fund, which was awarded to Bethany Williams earlier this month, the BFC/GQ menswear fund will be announced ahead of London Fashion Week in June. Ahluwalia, Bethany Williams, Bianca Saunders, Feng Chen Wang, Nicholas Daley and Stefan Cooke have all been shortlisted for the prize.

If you’re an avid reader of 10, you’ll be well aware that we’re total fangirls of Thebe Magugu. So as you can imagine, we were delighted to find out that the South African designer is heading to Pitti Uomo. Magugu will debut his first standalone menswear capsule at the trade show’s 100th edition – taking place physically June 30 – July 2. “I have immense respect for the fair’s commitment to heritage and tradition through the ever-expanding lens of the new, which is what we at Thebe Magugu wholeheartedly believe in,” the designer told WWD.

Winner, winner. This week, the Loewe Foundation unveiled that Chinese artist Fanglu Lin is this year’s recipient of the Loewe Craft Prize! The 32-year-old talent “astonished the jury” with her 2016 work SHE, a giant sculpture made from cloth and wood, which is inspired by the thousand-year-old sewing methods of women of Bai Minority in Yunnan province, China.

Love wearing Kiko Kostadinov’s clobber? Now you can smell like the brand, too. Teaming up with Tokyo-based fragrance label RetaW, the solid perfume blends cedarwood, sandalwood, with leather and musk. You didn’t think Kiko would do a basic floral scent, would you? Buy here.

The GmbH boys head to Trussardi

Berlin boys Serhat Işık and Benjamin Huseby are heading to Italy! The GmbH founders announced this week that they are joining Trussardi as the brand’s new creative directors. The duo will bring a “sharp and contemporary creative vision” to the house, said Trussardi in a statement. GmbH “brought the topics of inclusivity and responsibility strongly to the forefront of the fashion discourse,” Trussardi adds.

Charlie Porter’s got a book! The esteemed fashion journalist’s debut title, What Artists Wear – published by Penguin – examines how artists have dressed through the 20th and 21st centuries, looking to the personal styles of everyone from Picasso and Basquiat, to David Hockney and Sarah Lucas. Buy here.

Selfridges teams up with Untapped Creatives

This week, Selfridges teamed up with Untapped Creatives to bring British Black-owned brands to the luxury store. Set to stretch over the next 12 months, the collaboration aims to “raise the profile of Black brands by connecting them with premium retailers and sales platforms that are looking to take tangible inclusive action,” as stated in the official press release. Amongst the first brands entering the store include Central Saint Martins alum Olubiyi Thomas, and custom womenswear label House of RG.

If Cinderella skipped the ball and headed straight to the rave, she’d be wearing Y/Project x Melissa. First debuted as part of Y/Project’s AW21 collection, the fairytale-esque slippers launch on LN-CC this coming Monday.