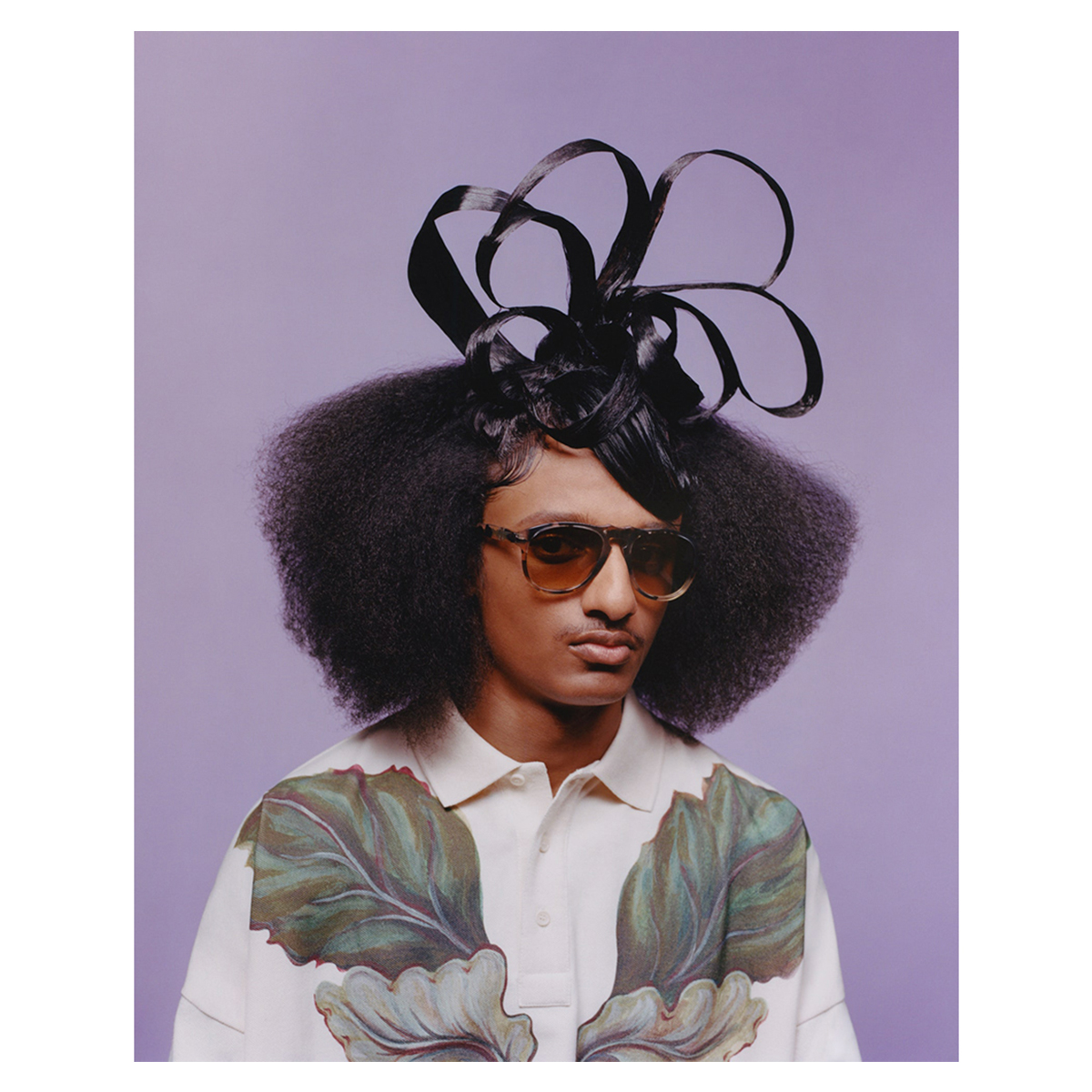 JW Anderson has released a sunglasses collection made in collaboration with Persol. Anderson looks to his youth in Northern Ireland and his days partying in Ibiza for a collection that lavishes in beautiful juxtapositions. Captured by ongoing collaborator Tyler Mitchell, the collection of shades are worn alongside a series of epic hair creations by esteemed hairstylist Jawara. Shop the collection here.

Nicholas Daley’s music grant with Fred Perry is back!

Last October, Nicholas Daley teamed up with Fred Perry to launch a music grant for unsigned musicians. Featuring a recording masterclass at Metropolis Studios in West London, as well brand and campaign support and more, this year’s entries will be whittled down by an esteemed panel of judges including Bradley Zero, Giles Peterson, Tara Joshi and more. You have till August 5 to apply here.

Fresh from a double win at this year’s International Woolmark Prize, Matty Bovan has launched Bovan Butterfly FC, a new limited edition zine with contributions from Louise Gray, Noki, Rottingdean Bazaar and more. The zine is made up of a series of one-off vinyl screen-printed and hand-dyed t-shirts and sweats – each crafted in Bovan’s studio in York. Each piece and a small print run of the zine are available to shop on Bovan’s store here.

London College of Fashion introduces the Class of 2021

Uniting its MA and BA courses for the first time, last week saw London College of Fashion open its biggest graduate showcase to date. Held in Victoria House Basement across two days, the physical exhibition invited guests to interact with a series of digital-first installations from photographers, stylists, journalists and creative directors, alongside this year’s fashion design talent and the school for fashion business. Didn’t get a chance to head down? Not to worry. You can explore the works online here.

Hello New York! Just as Kim Jones’ debut Fendi ready-to-wear collection lands in stores worldwide, the Italian house has opened a new flagship in the Big Apple. Located on the cover of 57th Street in Manhatten, inside the Fuller Building, the store will stock both men’s and women’s RTW, as well as a series of leather goods and accessories.

Pre-empting the Euro 2020 finals on Sunday, Martine Rose launched The Lost Lionesses, an extension of her immersive, digital experience What We Do All Day, which premiered back in January. Celebrating the release of her official Nike England fan jersey – which is double-crested with Rose’s own emblem – a new film by Rosie Marks sees the designer’s community play game of footy inside an office block, with sliced oranges making for the perfect half time snack. It was inclusive, celebratory and a testament to Rose’s ability to unite people of all genders, sizes, ethnicities and sexualities. Those bigoted England fans who hurled racist abuse at Marcus Rashford, Jadon Sancho and Bukayo Saka could learn a lot from Rose. Explore the platform here.

This week, Alexander McQueen launched McQueen Graffiti, a graphic that features across the brand’s SS21 and pre-fall collections. Taking over billboards, taxis, buses, trucks and even airplane banners, expect to see this guerilla add campaign pop-up all across your city.

Aries x NTS across your airwaves

Teaming up with LA-based artist Cali Thornhill DeWitt, Aries’ latest capsule collection has launched alongside internet radio station NTS. The Made In Italy collection features tees, sweats, socks and bowling shirts. To mark the release, Aries is curating its very own NTS show, featuring 20 artists and producers from the NTS roster. Shop the collection July 18 here.