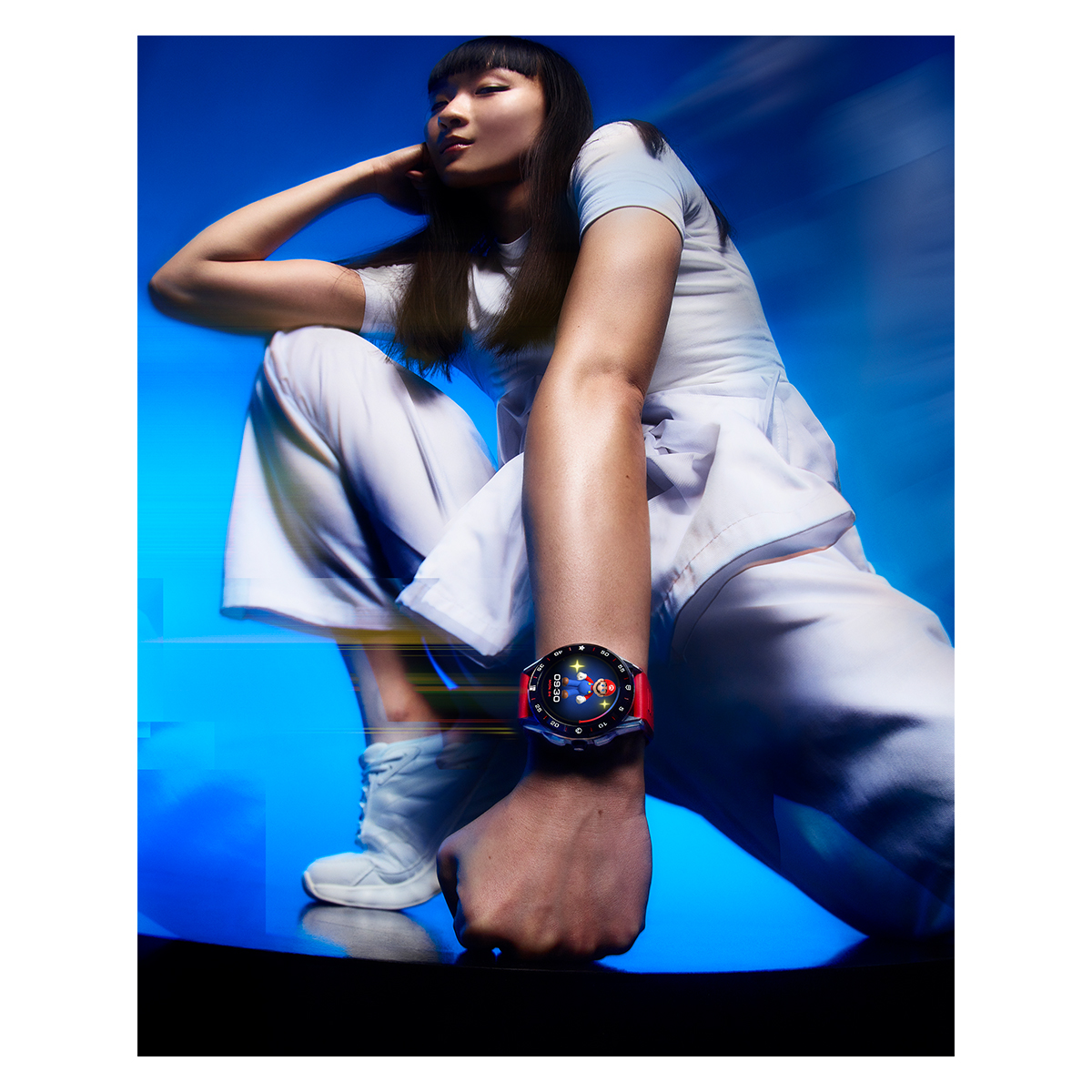 Just last night, an unopened copy of Super Mario 64 sold for $2 million AUD at auction. When Nintendo's Super Mario 64 was released in 1996, it was the first 3D video game to feature a camera that could be controlled by players independent of the character, allowed players to enter a new dimension and provided supremely precise movement with analog stick. Super Mario was a game changer - literally. Since Super Mario's original inception in Japan in the '80s, Mario has taken over the world with his iconic look: a red cap and blue overalls. Now he features on the Tag Heuer Connected smartwatch, in what is the beginning of a long term collaboration between Tag and Nintendo. With a need for speed, much like Mario, the watch dial featuring the character becomes more animated the more the wearer is active. Our very own Mario mascot. The animations are based on the gamification rewards system: Mario greets you with a welcoming salute in the morning and as the day progresses and step counts increase, you unlock rewards at each stage of your daily target – 25%, 50%, 75% and 100% – a different animation plays on the dial.

“For this collaboration with Nintendo, Super Mario instantly came to our minds,” says Frédéric Arnault, CEO of Tag Heuer. “And it’s not just his international and intergenerational appeal that clinched it. Mario is the ultimate super-active character whose perseverance and tenacity get him out of every situation. And what better than the Tag Heuer Connected to give life to this iconic character and encourage users to team up with Mario to get out there and be more active? The Tag Heuer Connected is the perfect companion for a connected life and every active person’s best friend. With this Super Mario limited- edition smartwatch, they can add a bit of fun and originality to their activities.” Game time.