OLIVIA LAING ON THE LONELY CITY 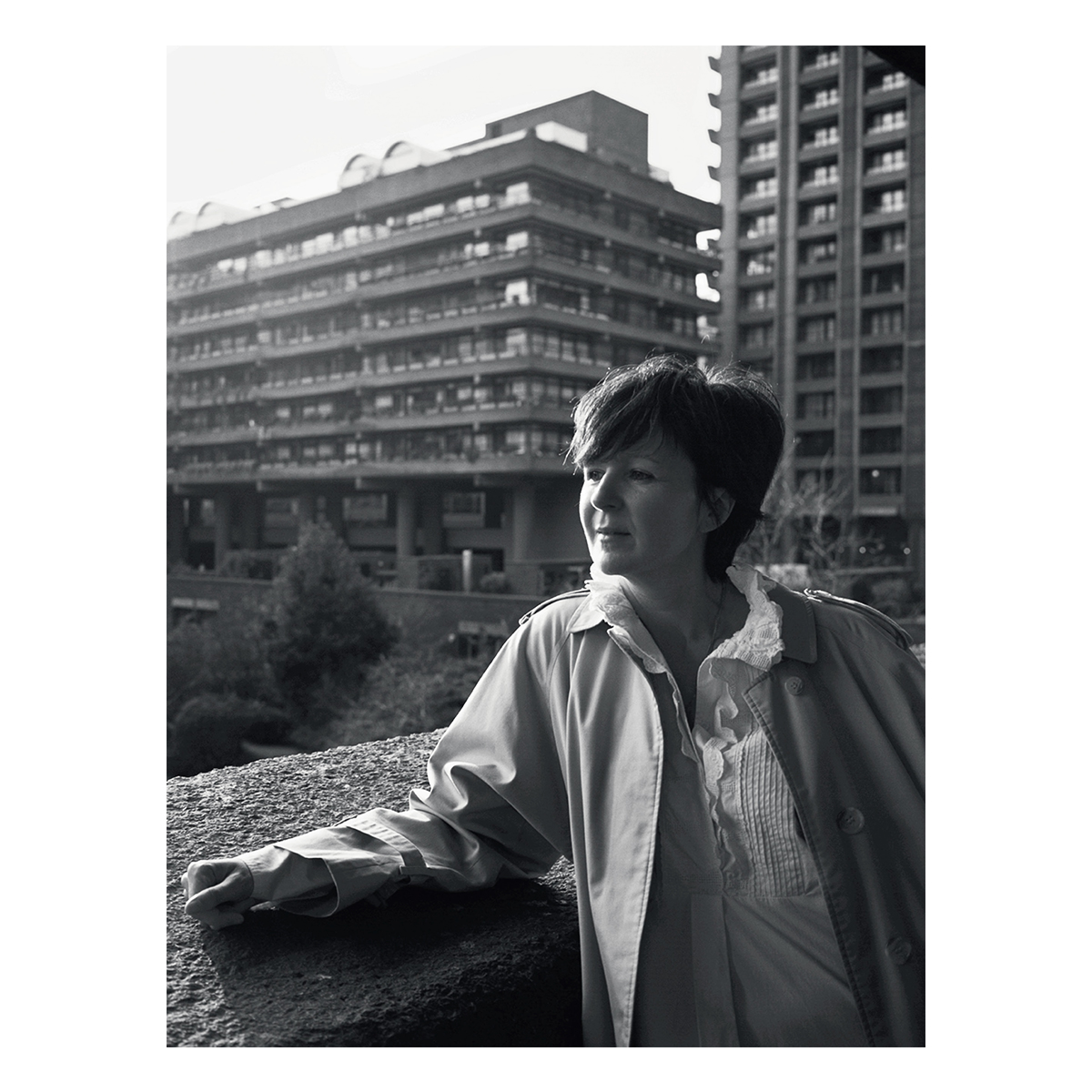 Olivia Laing moved to New York for love, in her mid-thirties. But when the relationship ended abruptly, she found herself alone in a city of 8 million people and inhabiting loneliness on a daily basis. Her book The Lonely City chronicles this time, when she wandered the city solo and immersed herself in artists such as Edward Hopper, Andy Warhol and David Wojnarowicz. Extracted here, it came out in 2016, long before the enforced loneliness of lockdown became a reality for so many, but Laing’s elegant examination of isolation is even more poignant now.

I never went swimming in New York. I came and went, but never stuck a summer, and so all the outdoor pools I coveted remained empty, their water spirited away for the duration of the long off-season. Mostly, I stayed on the eastern edges of the island, downtown, taking cheap sublets in East Village tenements or in co-ops built for garment workers, where day and night you could hear the hum of traffic crossing the Williamsburg Bridge. Walking home from whatever temporary office I’d found that day, I’d sometimes take a detour by Hamilton Fish Park, where there was a library and a 12-lane pool, painted a pale flaking blue. I was lonely at the time, lonely and adrift, and this spectral blue space, filling at its corners with blown brown leaves, never failed to tug my heart.

What does it feel like to be lonely? It feels like being hungry: like being hungry when everyone around you is readying for a feast. It feels shameful and alarming, and over time these feelings radiate outwards, making the lonely person increasingly isolated, increasingly estranged. It hurts, in the way that feelings do, and it also has physical consequences that take place invisibly, inside the closed compartments of the body. It advances, is what I’m trying to say, cold as ice and clear as glass, enclosing and engulfing.

Most of the time, I sublet a friend’s apartment on East 2nd Street, in a neighbourhood full of community gardens. It was an unreconstructed tenement, painted arsenic green, with a claw-footed bathtub in the kitchen, concealed behind a moulding curtain. The first night I arrived there, jet-lagged and bleary, I caught a smell of gas that grew increasingly pronounced as I lay unsleeping on the high platform bed. In the end I called 911 and a few minutes later three firemen trooped in, relit the pilot light and then hung about in their big boots, admiring the wooden floor. There was a framed poster above the oven from a 1980s Martha Clarke performance called Miracolo d’Amore. It showed two actors dressed in the white suits and pointed hats of the commedia dell’arte. One was moving towards a lit doorway, and the other had flung both hands up in a gesture of horrified alarm.

Miracolo d’Amore. I was in the city because I’d fallen in love, headlong and too precipitously, and had tumbled and found myself unexpectedly unhinged. During the false spring of desire, the man and I had cooked up a hare-brained plan in which I would leave England and join him permanently in New York. When he changed his mind, very suddenly, expressing increasingly grave reservations into a series of hotel phones, I found myself adrift, stunned by the swift arrival and even swifter departure of everything I thought I lacked.

In the absence of love, I found myself clinging hopelessly to the city itself: the repeating tapestry of psychics and bodegas, the bump and grind of traffic, the live lobsters on the corner of Ninth Avenue, the steam drifting up from beneath the streets. I didn’t want to lose the flat I’d rented in England for almost a decade, but I also had no ties, no work or family commitments to tether me in place. I found a lodger and scrimped the money for a plane ticket, not knowing then that I was entering a maze, a walled city within the island of Manhattan itself.

But already this isn’t quite right. The first apartment I had wasn’t on the island at all. It was in Brooklyn Heights, a few blocks away from where I would have been living in the alternate reality of accomplished love, the ghostly other life that haunted me for almost two full years. I arrived in September, and at immigration the guard said to me without a trace of friendliness why are your hands shaking? The Van Wyck Expressway was the same as ever, bleak, unpromising, and it took several attempts to open the big door with the keys my friend had FedExed me weeks back.

I’d only seen the apartment once before. It was a studio, with a kitchenette and an elegantly masculine bathroom tiled all in black. There was another ironic, unsettling poster on the wall, a vintage advert for some kind of bottled drink. A beaming woman, her lower half a glowing lemon, spritzing a tree hung liberally with fruit. It seemed to epitomise sunny abundance, but the light never really made it past the brownstones opposite, and it was clear that I was tucked up on the wrong side of the house. There was a laundry room downstairs, but I was too new to New York to know what a luxury that was, and went down unwillingly, scared the basement door would slam, trapping me in the dripping, Tide-smelling dark.

Most days I did the same things. Go out for eggs and coffee, walk aimlessly through the exquisite cobbled streets or down to the promenade to gaze at the East River, pushing each day a little further until I reached the park at Dumbo, where on Sundays you’d see the Puerto Rican wedding couples come to have their photos taken, the girls in enormous sculptural lime-green and fuchsia dresses that made everything else look tired and staid. Manhattan across the water, the glittering towers. I was working, but I didn’t have anything like enough to do, and the bad times came in the evenings, when I went back to my room, sat on the couch and watched the world outside me going on through glass, a light bulb at a time.

I wanted very much not to be where I was. In fact part of the trouble seemed to be that where I was wasn’t anywhere at all. My life felt empty and unreal and I was embarrassed about its thinness, the way one might be embarrassed about wearing a stained or threadbare piece of clothing. I felt like I was in danger of vanishing, though at the same time the feelings I had were so raw and overwhelming that I often wished I could find a way of losing myself altogether, perhaps for a few months, until the intensity diminished. If I could have put what I was feeling into words, the words would have been an infant’s wail: I don’t want to be alone. I want someone to want me. I’m lonely. I’m scared. I need to be loved, to be touched, to be held. It was the sensation of need that frightened me the most, as if I’d lifted the lid on an unappeasable abyss. I stopped eating very much and my hair fell out and lay noticeably on the wooden floor, adding to my disquiet.

I’d been lonely before, but never like this. Loneliness had waxed in childhood, and waned in the more social years that followed. I’d lived by myself since my mid-twenties, often in relationships but sometimes not. Mostly I liked the solitude, or, when I didn’t, felt fairly certain I’d sooner or later drift into another liaison, another love. The revelation of loneliness, the omnipresent, unanswerable feeling that I was in a state of lack, that I didn’t have what people were supposed to, and that this was down to some grave and no doubt externally unmistakable failing in my person: all this had quickened lately, the unwelcome consequence of being so summarily dismissed. I don’t suppose it was unrelated, either, to the fact that I was keeling towards the midpoint of my thirties, an age at which female aloneness is no longer socially sanctioned and carries with it a persistent whiff of strangeness, deviance and failure.

Outside the window, people threw dinner parties. The man upstairs listened to jazz and show tunes at full blast, and filled the hallways with pot smoke, snaking fragrantly down the stairs. Sometimes I spoke to the waiter in my morning cafe, and once he gave me a poem, typed neatly on thick white paper. But mostly I didn’t speak. Mostly I was walled up inside myself, and certainly a very long way from anyone else. I didn’t cry often, but once I couldn’t get the blinds closed and then I did. It seemed too awful, I suppose, the idea that anyone could peer over and get a glimpse of me, eating cereal standing up or combing over emails, my face illuminated by the laptop’s glare. I knew what I looked like. I looked like a woman in a Hopper painting. The girl in Automat, maybe, in a cloche hat and green coat, gazing into a cup of coffee, the window behind her reflecting two rows of lights, swimming into blackness. Or the one in Morning Sun, who sits on her bed, hair twisted into a messy bun, gazing through her window at the city beyond. A pretty morning, light washing the walls, but nonetheless something desolate about her eyes and jaw, her slim wrists crossed over her legs. I often sat just like that, adrift in rumpled sheets, trying not to feel, trying simply to take consecutive breaths.

Taken from Issue 17 of 10 Magazine Australia.