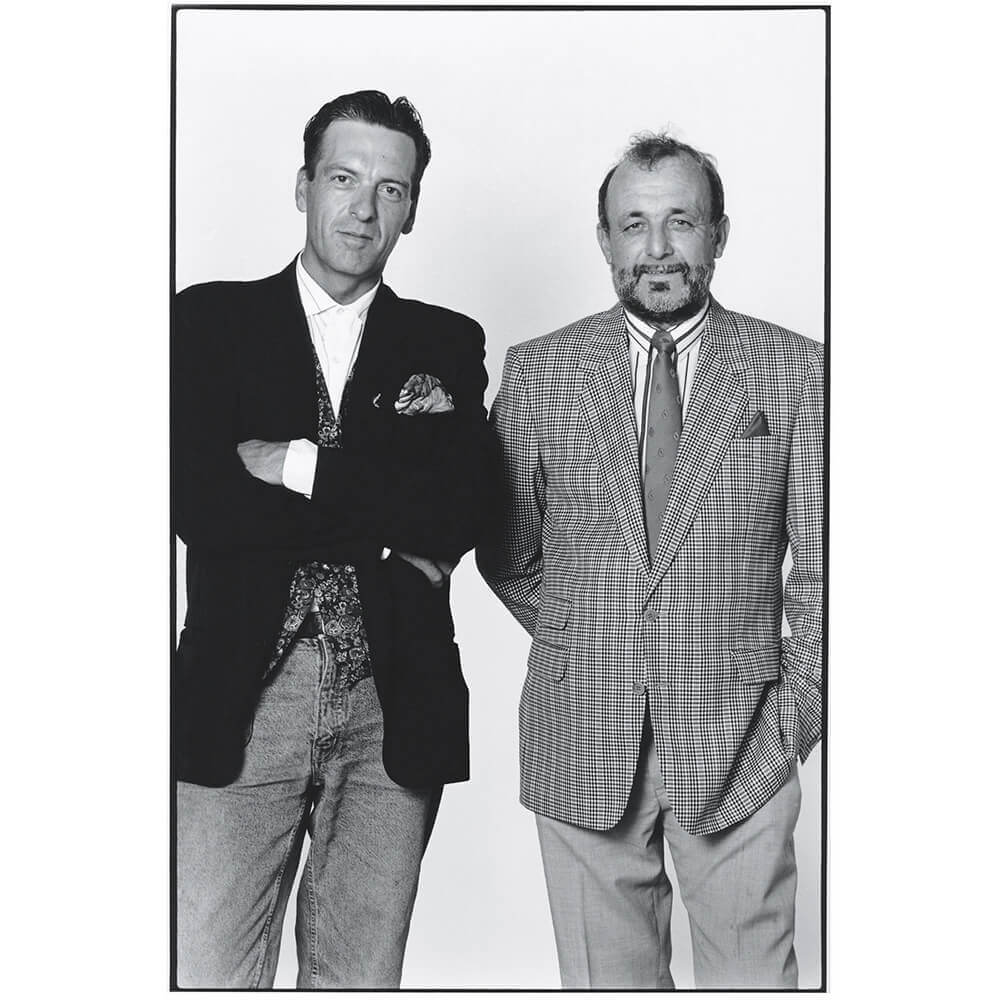 As the youngest of twelve kids, my five sisters spoiled me, and my six brothers ignored me. The first inkling I got of my brother Jake’s social influence was when I was fifteen, standing outside The Crown public house in Cannon Square, Retford, Nottinghamshire (now a thriving real estate office). A random bully grabbed me by the lapels of my first bespoke suit* and pushed me up against the pub wall. Before he could butt or nut me, his sidekick grabbed his arm and said, “Don’t ‘it ‘im, ‘e’s Jake Blagg’s brother!”

The Spital Hiller** immediately released his grip and turned away. I seized my advantage; “Yes I am Jake’s brother, and e’ll give you a bloody hiding when ‘e ‘ears what you did!” At the time, I was only about five feet tall, a shrimp of a lad, and yet destined, eventually to top six feet, after a rapid growth spurt, triggered, according to Jake, by sudden vigorous sexual relations with a married woman. (He knew the party involved in this carnal rite of passage.) It was the only kind of behavior that endeared me to him, whereas the reading of books and studying of homework were strongly discouraged. Still, I admired him and celebrated his absurd exploits. I wanted so badly to be his friend and sidekick, as well as his youngest brother, but it never happened.

To avoid conscription into the army, where his combative nature and disdain for authority would doubtless have consigned him to long periods in the brig, Jake signed on at the local pit. He was strong and unafraid of the dark, and he didn’t mind working in low tunnels 1500 feet underground. Being a collier was one of the toughest jobs a man could have. Miners worked in medieval conditions, in claustrophobic spaces wearing only a helmet, boots and underwear. At Manton Colliery the miners worked in a maze of small tunnels, chambers off to the side of the main shaft where the seam had been followed until it ran out. Some galleries ran for miles, at varying heights, but never more than about five feet high, so that the workers were constantly stooping as they moved around, pausing only to remove their boots, to empty out the sweat.

The owners squeezed the coal out and made immense profit, it was the English capitalist way, work the peasants to the bone, then bury them and move on to training and draining the next generation. Rearing them, feeding them just enough food and supplying their little company houses. Workers were no more than glorified battery chickens.

To amuse the eager miners, and to let the boys know he had scored the night before, Jake often appeared in women’s underwear. He always had a story to go with the skivvies, and he would develop that story over a number of recitals, because he was good with the details; the way she had her leg up on the lavatory seat, her smile as she looked over her shoulder at him approaching from behind.

Jake was a natural storyteller, and he would hold forth at snap time, when the shaggy group sat around and ate their sandwiches, every man already black with dust, resting after four solid hours of hard labour, with four more to go, momentarily distracted by Jake’s delicious fantasy spun with embellishments sweet as bread pudding, savory and salty as a sausage roll.

But the night shift brought temptations to his Delilah-like wife. When Jake caught her in flagrante with their neighbour, an illiterate farm labourer, he took their three-year- old daughter and brought her home to mum, balanced on the tank of his motorbike in a wicker basket. Mum raised her and later her younger sister also, for a maternal total of fourteen kids in all.

For a long time after Jake left with the child, someone would come around the house at night and damage anything of Jake’s they might find. A bucket of green paint was poured over his motorcycle as it stood parked in the back yard, right under the kitchen window, yet nobody heard a thing. The dogs didn’t bark, the intruder would have had to enter through the front gate and walk around the side of the house, carrying a heavy gallon of house paint, before locating the motorbike. My mum screamed so loud when she saw it, I thought one of the dogs had been run over. The next victim of this midnight visitor was Jake’s little sports car, a mechanically unreliable Triumph TR3. Someone removed the car’s fiberglass hood and slashed the leather seats with a very sharp object, then carried the hood down to the end of the street where it was pulverized into splinters and fragments that would have fit in a teacup. No-one ever saw or heard a thing, and these nocturnal episodes gave the ex-wife a supernatural aura which infected the entire household.

I remember Jake’s hands, the power contained in them, a legacy of the pit’s hard graft. He was as powerful and rowdy as Antony Quinn in La Strada. One Sunday lunchtime in the Egg & Duck, dad’s local, an unruly young fellow jostled my dad’s arm and spilled his pint. Jake, his face black as thunder, insisted he apologise. Filled with Barnsley bitter courage, the youth declined, he had two mates as backup. Jake called them out, and into the parking lot they filed, followed by a crowd eager for bloodshed. Three hulking lads, apprentices and plumber’s mates, dumber than the bags of tools they carried to their jobs every day. Now in the harsh daylight, they were slowly realizing their faulty assessment of the opposition. Too late to back down, still they were three on one. They faced him in a semi-circle, swaying slightly as the pints bubbled inside them. Jake handed his Austin Reed tweed sports jacket to my dad, and sturdy as a Sherwood oak in shirtsleeves and scarlet waistcoat, assumed a combat stance.

“Come on then, which of you dogsbodies is first?”

This caustic remark caused the largest one of the three to launch himself at my brother, only to drop like a stone as Jake’s great fist connected with the side of his face. He pitched forward on his knees and promptly disgorged a long plume of bile from his throat onto the tarmac, spattering the shoes of the cheering bystanders.

“One down!” Jake announced loudly, as the second youth, trying to take advantage of his distraction, swung at Jake but was blocked by his meaty forearm. Jake turned aside and connected with a roundhouse right to the temple which caused the lad to levitate a few inches before tumbling senseless to the ground. The third youth came running in, arms pinwheeling, futile as the Light Brigade. Jake caught one flailing arm and twisted it with his left hand as his right fist darted once, twice into the lad’s face. He collapsed, poleaxed.

“Smote them like Samson smiting the Pharisees,” my dad said later, in his proud recounting of the battle. The only damage Jake sustained was a small rip to the seam of his hunting red waistcoat.

The local coppers were constantly at our front door, the comically penile shape of their helmets looming through the frosted glass as the dogs barked madly and my mum waited for several minutes before opening the door. Despite this constant police involvement, Jake’s crimes were always minor and only added to his local legend. Once, having acquired a military issue Webley .38, he discharged the revolver through the door of an outhouse at the Vine, in Cannon Square. The police were summoned, and he was arrested. In court the magistrate asked what he would have done had there been someone in the toilet at the time he fired a bullet through the door.

“Well, they would have been sitting down, yer ‘onour, and I fired at the top of the door.” Laughter in the court, and an extra forty pounds added to the fine.

By this time his occupation was selling caravans, mostly to Gypsy encampments. Somewhere on his travels Jake procured a vast amount of old school black and white pornography, which he traded with servicemen he had befriended at the US air force base fifty miles down the motorway in Northamptonshire. Jake returned home laden with exotic American goods; Kentucky bourbon, Marlborough cigarettes, White Owl cigars. He sold the bourbon and cigarettes to local publicans and handed out the cigars whenever one of his concubines got pregnant.

The police spent dozens of man-hours trying to entrap him, especially whenever his driving license was suspended. But it made no difference. He continued to drive, abandoning the imported goods van for another small sports car, which he drove posing as Princess Margaret, wearing a headscarf and sunglasses. This fantastic disguise was so obvious that it baffled the coppers for some weeks, until one day a sergeant was smart enough to notice that the ‘woman’ driving Jake’s car was obviously Jake himself. He eluded his pursuers on that occasion by driving into a wheatfield, the low-slung car invisible from the road.

As in life, he took up so much space in this brief account that there was no room for my side of the story, except for whatever you may glean from Teri Slotkin’s evocative portrait of two brothers, taken in 1993. The day after I heard the news from England four years ago that Jake had died, a huge centipede suddenly appeared, scurrying across the pristine floor of my apartment. I stomped it quick and then suddenly thought, ‘Oh god if that was Jake’s next reincarnation, he’ll bloody kill me!’

* Christmas gift for reliable errand boy, from the proprietor of Geo.H. Willows, Tailors.
**Spital Hill, now a leafy Retford suburb, but at the time a dilapidated slum where the shoeless poor lived, fought, and multiplied geometric.