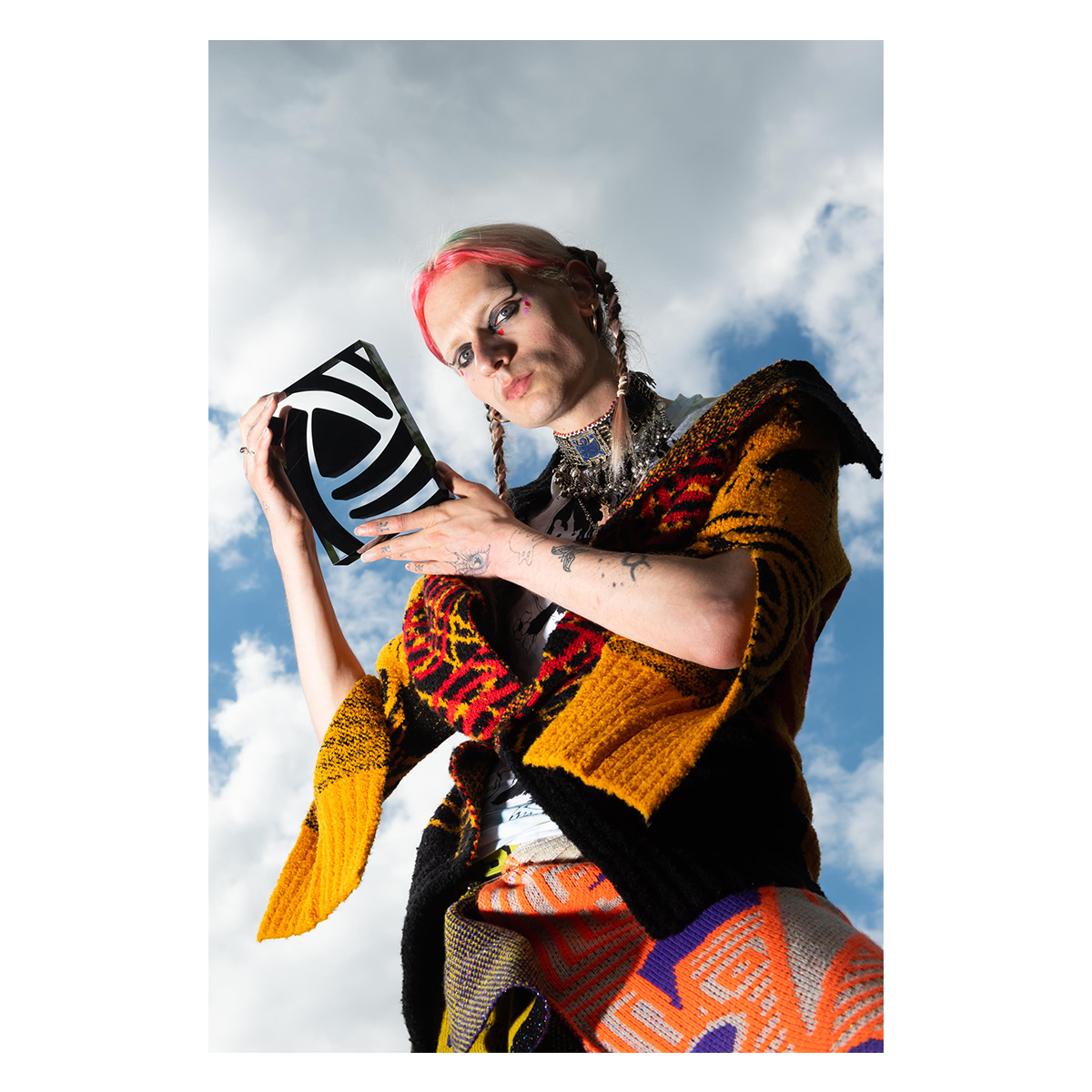 “What impressed me about Matty is his capacity to win both awards – for his innovation and creativity and I really think he deserves it,” said Carine Roitfeld. “Matty is truly and authentically creative, proving and representing that everything starts from pure creativity,” adds Thom Browne. “For me, there is nothing more inspiring than young artists who are unique and true to themselves.”

This year’s prize was centered around the theme Less is More, with an emphasis on sustainable practices, supply chain connections and future-proofing designs, all whilst shining the spotlight on Australian Merino wool. Each designer’s capsule collection for the prize was shown in a film produced by Solange’s creative agency, Saint Heron, which starred Grammy award-winning musician Dionne Warwick, Pose’s Dominique Jackson, and emerging multi-instrumentalist KeiyaA.

“It’s a huge honour to win these prizes and I’m so excited for where it’s going to take me – I was already so thrilled with the Woolmark Prize platform and experience,” said Bovan in a statement. “Being a part of the International Woolmark Prize has really helped elevate my brand and elevate my awareness and knowledge of how I operate as a business and as a label. It’s been amazing and I have loved every minute of it.”

A champion of local craft, upcycling and concocting expansive looks from whatever scraps he has left lying around his studio, Matty's green-minded collections have long been London Fashion Week highlights. His winning Woolmark Prize collection, dubbed Ode to the Sea, was inspired by travel and escapism, working with suppliers and manufacturers up in York. Bovan worked with roll-end cloth from AW Hainsworth, which was screen printed and hand-painted – giving new life to discarded pieces of fabric. A massive congrats, Matty.