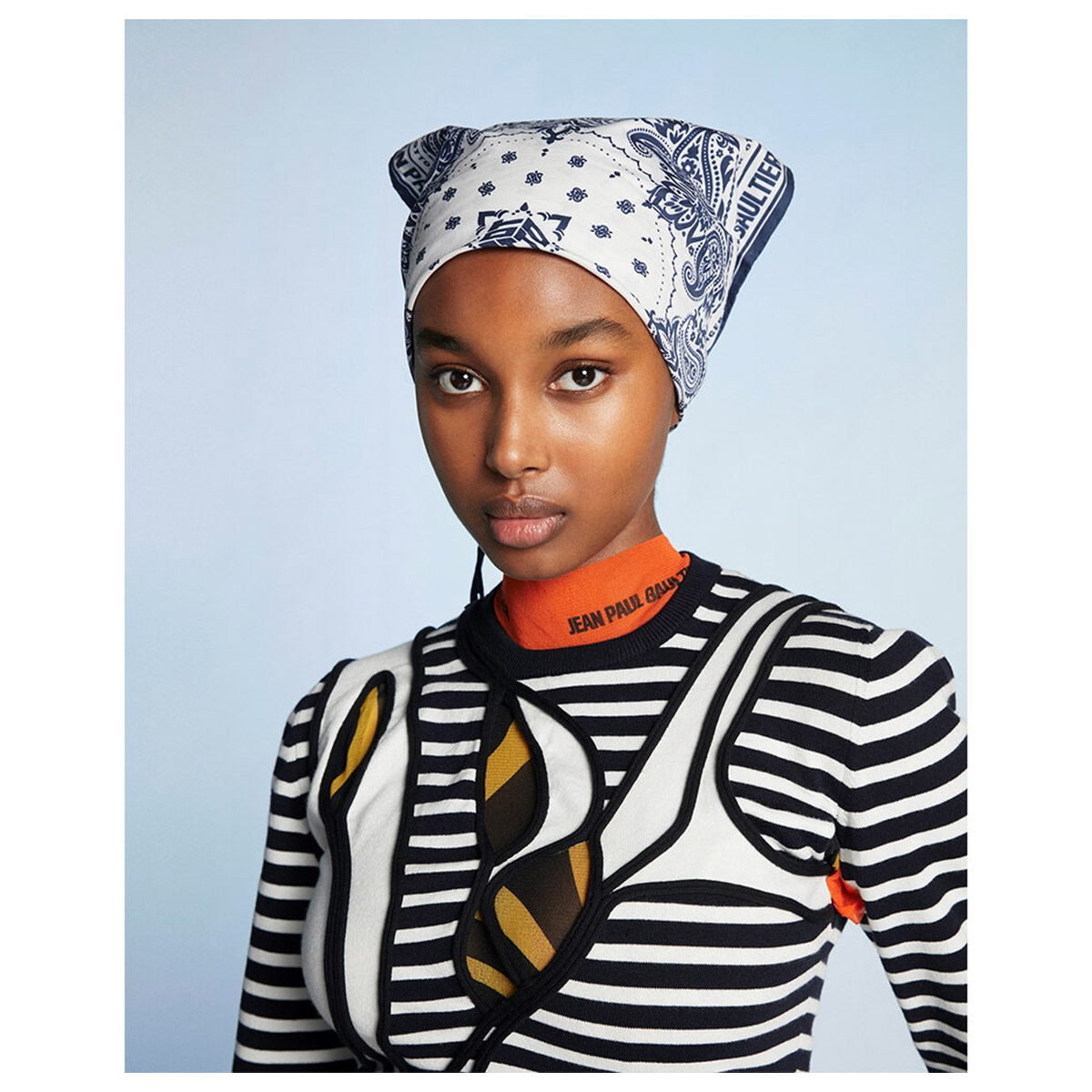 Last Saturday, Jean Paul Gaultier sent the fashion world in a state of frenzied panic. A blank Instagram post – stamped “The end.”, with no further details – caused full-on fashion pandemonium. Was this the end of JPG? It couldn’t really be the end, could it?

Of course bloody not. Since putting down the design shears in January 2020, it seems the fabled designer has assumed the role of fashion biggest troll. Thankfully it’s not the end, but an exciting new chapter for the brand. After a six-year hiatus, Jean Paul Gaultier’s ready-to-wear division has been resurrected. To celebrate the launch, five designers were invited to dive headlong into JPG archive. Set with the task of re-interpreting the codes of Les Marins (the brand’s seminal sailor garb), the impressive roster of talent involved includes Ottolinger, Palomo Spain, Nicola Lecourt Mansion, Alan Crocetti and Marvin M’Toumo.

Each designer has free reign to blend the Gaultier heritage with their own design lexicon. Jewellery maven Alan Crocetti turned Gaultier’s iconic cone bra into rings, the Ottolinger duo warped the JPG stripes across bodycon frocks and sporty twin-sets and Palomo Sapin envisioned arse-less jeans (psst, they’re already sold out.). Not only that, but the JPG design team has also created a capsule collection of sexy sailor looks to be sold alongside the star-studded collabs, as seen on Bella Hadid, who plays a siren in the collection’s campaign film – lensed by Charlotte Wales.

The collection comes at a moment in time where the appetite for Jean Paul Gaultier couldn’t be riper. WWD reports that searches for vintage Jean Paul Gaultier were up 570 per cent on Vestiaire Collective in the last six months – largely thanks to the Kardashian clan, who’ve flaunting key pieces from the brand’s archive across Instagram. Later this year, Sacai’s Chitose Abe – the first guest designer to be invited to create a haute couture offering for the house – is due to debut her collection, after months of pandemic delays. This is going to be fashion fabulosity at the highest calibre. Prepare to be fed.