HOW TO BE BOLD AND BEAUTIFUL 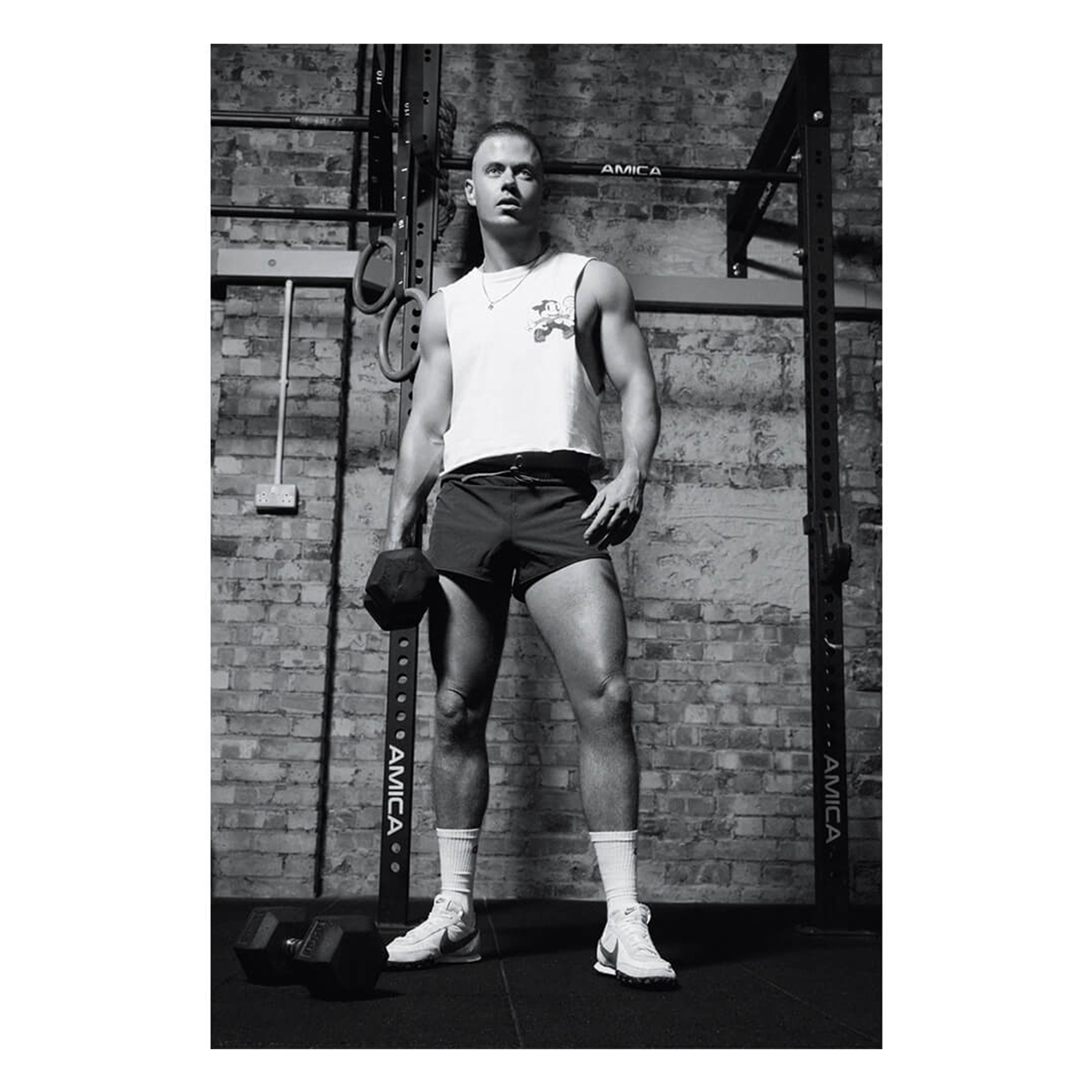 Michael Hennegan on how to be more bold and beautiful, from 10 Men Australia:

How we define bold and beautiful – let’s call it BAB for now – has changed drastically. As a young teenager growing up in the era of the supermodel, Linda, Christy, Cindy and Naomi, strutting in George Michael’s “Freedom” ’90 video, were the epitome of bold and beautiful. Madonna’s SEX book was all about the BAB, and to some extent, they both still are, but 21st-century BAB it’s about so much more than that. It’s the transgender kid who has the courage and strength of identity to live their truth or the outsider who gives zero fucks and refuses to be othered – now that’s BAB. It’s about a mentality rather than being defined by physicality.

Looking back, moving to London at 18 to study at St. Martins, bouncing around every club in town, and somehow managing to get where water couldn’t – including blagging my way into Westwood and Galliano parties seemed like pretty BAB behaviour. Even before that, I’d say I probably acted bold and beautiful even if I didn’t feel it.

I dropped my first pill in the queue for Paradise Factory in Manchester at the age of 16 because the hottest guy there offered me one. It did the job, I pulled him and had one of the first major nights out of my adult life. Turned out taking a punt on that pill was well worth it. (Say no to drugs, though, kids).

After college, working at various magazines and pinging between London, New York and LA was pretty bold and beautiful too. Don’t get me wrong – there were plenty of times that weren’t. Getting shipments out of customs and packing returns at 4 am definitely wasn’t, but when the job was done and there was time left over for a little fun, we were living the dream. After that, writing a party column for a national paper and flying from the BAFTAs to the Oscars, back to the BRITS and then off to Cannes was pure BAB. I often felt fearless, bold, beautiful and beyond lucky to be there. But to have those feelings without them being associated with a job, a college, or some other part of my identity, I’m not so sure. “I think it’s rare to feel bold and beautiful as a bright young thing,” one friend laments, “to use woke speak, it’s when you step into your powers that you suddenly realise, and that quite often happens in later life,” and she’s right. “Throughout my twenties and thirties, I thought I was bold and beautiful, but I was probably just bold and obnoxious,” says Tony. That’s probably true for a lot of us.

Because, here’s the thing. Even though I’ve been lucky enough to live a life with BAB trappings, I’ve never truly felt BAB until now, in my late thirties. I used to feel like an outsider on the edge of the party watching everyone else on the dance floor. Now I’m at the heart of it. What caused the shift in me? If I’m honest, probably lockdown. I was lucky enough to not be affected by ill health, and, for all its limitations, lockdown proved to be the making of me.

Stripped of the FOMO, the trips, the parties, the events or watching colleagues careers progress faster than mine, I was suddenly left with just me. It gave me pause and a moment to breathe that I hadn’t experienced in nearly twenty years. I remember speaking to a beehived DJ friend early on in Lockdown One, who casually commented; “This is the perfect opportunity for anyone to wipe the slate clean, to come out on top and come out at the end of this, being the very best version of themselves.” And for some reason, a little like the scene with mad, fat Helen in Death Becomes Her, it stuck. “You’re absolutely right,” I thought. That was it. I was going to win at lockdown. Daily calls with a super-supportive friend in New York coached me through. Even losing normal income streams and having to pivot and pitch to pay the rent felt like a good challenge and resulted in a collection for Netflix and a book deal. With my newfound belief, I rose to the occasion.

I’m lucky, my close friends are some of the most BAB people I know, and that’s probably why I’m drawn to them. There’s the one who instinctively knows what’s right for him and sparks trends off the back of it. The one who refuses to grow-up, the one who rightly – or wrongly – tells everyone exactly what he thinks and uses the word c*nt over a hundred times a day. The one who navigates life with kindness, and then there’s the one who as part of the original ladettes of the ’90s got fired from three CBBC shows in a row (Blue Peter, the Chuckle Brothers and Live and Kicking). Impressive.

“I feel bold and beautiful every day, in some way,” says my friend, the stylist Luke Day. “Even when I don’t feel either. Sometimes, you have to put that brave face on, put your armour on and go into battle. That’s being bold. There are plenty of bold and plenty of beautiful people but to be the combination of both is the rarest of creatures.”

BAB is a state of mind, and you have to use whatever tools you need to get there. For me, stumbling across a trainer from my local gym doing sessions in the local park was a lifeline. A year on, four sessions a week with him, plus training with an old friend at the weekend, has knocked me into the best shape of my life, and probably saved my sanity. As twee as it sounds, beauty does come from the inside, but it’s when you’re feeling your most magnetic that it comes out. It’s also about using whatever you need in your own personal arsenal to give you the confidence to take on the world. Those magical, rare, moments when all the stars align, and you feel confident enough to seduce the universe? That’s BAB. But it’s important to remember that you will have times in your life of feeling BAB, and times when you don’t. Accept them both equally. A very wise lady once told me; “Everything comes to an end, both the good times and the bad.” You can be lucky enough to feel bold and beautiful at 20, or you can be bold and beautiful at 30, 40, 50, 60 or 70. When you do, harness that feeling and keep it your whole life, because that’s when the magic really happens.

‘I Don’t Take Requests’ by DJ Fat Tony and Michael Hennegan is published by Coronet in Spring 2022.