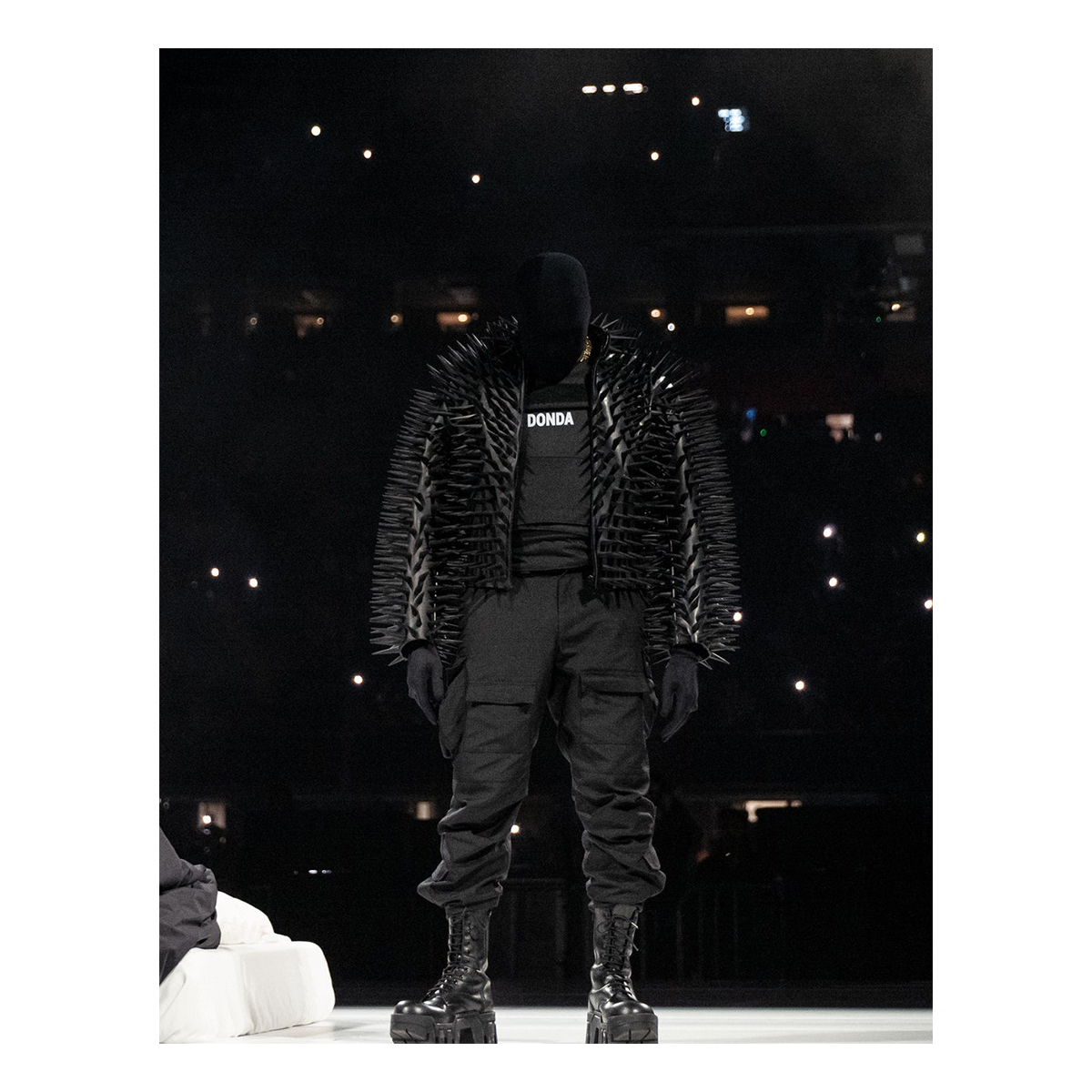 Named after his late mother, Kanye West’s 10th studio album Donda is still not here... Delayed two weeks from its original due date, the rapper gave fans a teaser of the project on Friday with a second listening party held inside Atlanta’s Mercedes-Benz Stadium and streamed via Apple Music, where the rapper has been living. Here’s all that happened.

Kanye really is Yeezus, huh? Whilst the album’s closer “No Child Left Behind” played, West laid down on his back, allowing a wire to lift him up hundreds of feet in the air. The memes are already piling in.

Tasked with overseeing the visuals and all other creative elements, Mr Gvasalia didn’t disappoint. The two are close, with West recently travelling to Paris to support Gvasalia’s first haute couture show for Balenciaga from the front row. Gvasalia was also present at West’s Life of Pablo album listening party at Madison Square Garden in 2016. The bromance is real.

After constant leaks and teases from the rapper on his Instagram, the likes of Don Toliver, Fivio Foreign, Young Thug, The Weeknd and Kid Cudi have all now been added to the feature list.

“After vibing to his music at the first listening party on July 22, it was revealed that West was actually going to live inside the Mercedes Benz arena until the album was finished, and was even spotted parading around the arena. With simply a mattress, blanket, TV, weights and a single suitcase, the sparse living conditions couldn’t even sway a London estate agent, as reported by The Face.

Viewing parties were set up all around the world

On kanyewest.com, the rapper released coordinates to locations across the globe allowing fans to come together to watch his Apple Music livestream that had been running since midnight.

There was new merch

With a portion of the proceeds going towards The Donda Foundation, West has unveiled a small merch range celebrating the album launch event. The main products were black and cream long-sleeve tees featuring the Star of David in the centre with details of the event underneath. Also available on shop.kanyewest.com for $100.

The Yeezy x Gap jacket is now available for pre-order

The now-famous, bright red puffer jacket West wore at the first album release party is now available to pre-order for $200. Created from 100% cotton poplin material, the jacket has a shiny finish with minimalistic detail. Shipping in Spring 2022.

And after all of that, Kanye still keeps his fans massively on edge as the album has not yet dropped and still remains in locked pre-order mode. Will we ever get to hear it? Who knows at this point. But we're loving the suspense.