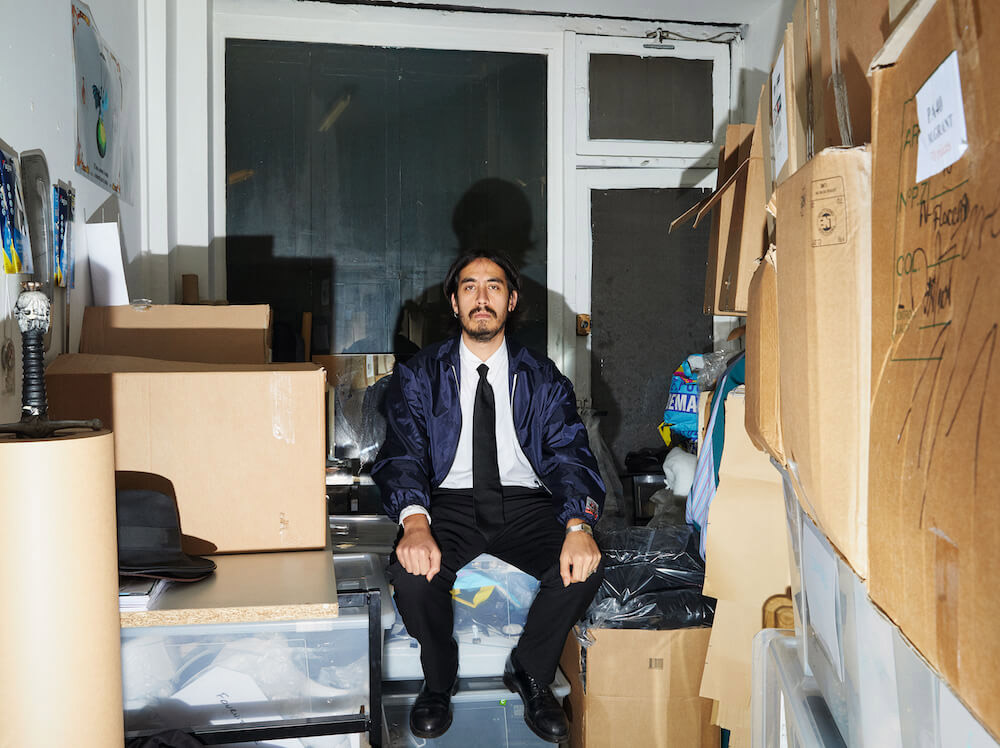 The essential elements to Boramy Viguier’s fashion vocabulary are mythology, virtuality and surrealism. The mystical, heroic fantasies the Parisian designer envisions for his collections make him the ideal candidate for purely digital fashion spaces. So much so that he was one of the few emerging talents invited by Alessandro Michele to show a film at the first GucciFest last November.

For SS21, Viguier – who cut his design teeth training under Lucas Ossendrijver at Lanvin – created a series of characters who were about to attempt a sacred pilgrimage. “[The collection] was deeply rooted in local pagan traditions. A mystic and rural vision of society,” explains the designer.“I am not thinking about street style nor reality, but quite the contrary.”

With the help of a sign-language interpreter, who described each garment as it popped up on screen, Viguier displayed his subversive sporty-tailoring hybrids through a video game-style film, as each character hid behind their impressive coats of armour. “In fashion, I love when the outfit is stronger than the wearer,” says Viguier. “When the wearer has no choice.”

Which fashion designers were you inspired by when you were growing up?

“McQueen, Galliano, Rick Owens, Helmut Lang, Rei, Yohji, Raf, Margiela, Alaïa, Stefano Pilati, Phoebe Philo, Lucas Ossendrijver, Prada. I have to say that I was completely into Ghesquière’s Balenciaga – I still think this was a very impressive body of work that really was pushing the envelope. It’s still beautiful today. It is ageing well, which is an absolute rarity in fashion.”

“A quiet place. With something cooking and a working space.”

“The fact that this is in Paris, my favourite city in the world. I wouldn’t show my collection in any other city than my hometown.”

Which of your fellow menswear designers in Paris do you admire?

Portrait by Boramy Viguier. Taken from Issue 17 of 10 Men Australia – NO PLACE, LIKE, HOME.